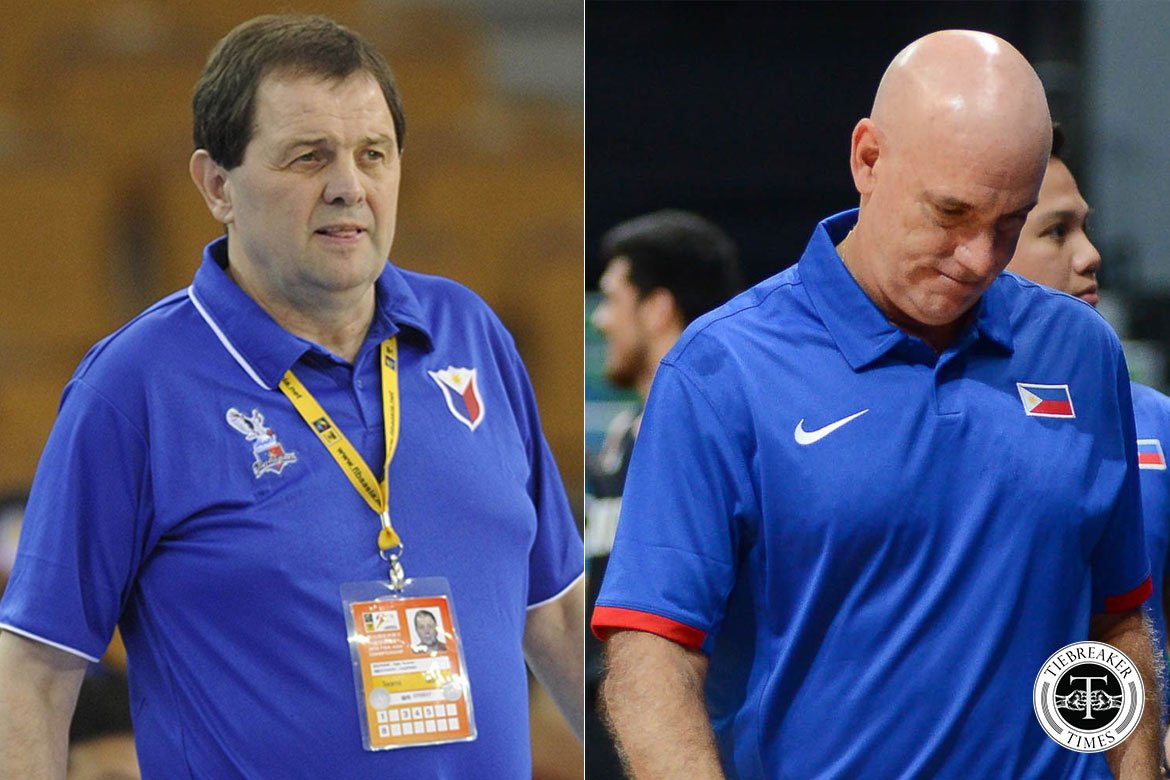 Rajko Toroman has no questions regarding the rich talent that Gilas Pilipinas possesses, but there’s one thing which he believes would make the national team even better once it gets addressed.

Speaking in Tiebreaker Vodcasts’ Coaches Unfiltered, presented by SMART, the former Gilas drillmaster said that the Filipino dribblers should be more tactically prepared, especially against teams from Europe.

Over the years, the European style of play has become the standard in international basketball. Samahang Basketbol ng Pilipinas 5-on-5 program director Tab Baldwin has said many times before that Europe is the way to go for Gilas.

And that was evident in last year’s FIBA World Cup in China. The PBA-backed Gilas got outclassed by European powerhouses Serbia and Italy, and eventually, the prestigious James Naismith trophy was hoisted by Spain.

“What they have to do maybe is be better prepared tactically for the European teams, because in Europe it’s a little bit different.

“Let’s say, the best player in the Philippines scores thirty-five points and fifteen rebounds in a forty eight-minute game, but the game in Europe — EuroLeague, EuroCup — is more of a tactical game. And let’s say the player with fifteen to sixteen points and seven to eight rebounds, they are great players. Totally different measures about their contributions on the court, and I think this makes of tactical things, you know,” said Toroman in the podcast hosted by his former Gilas assistant Charles Tiu, with coaches Paolo Layug and Anton Altamirano.

Toroman supports Gilas’ plans to adopt the European style, but it should be more than simply mimicking the tactics. The system should be as dynamic as it can be for it to be more competitive, he added.

“When you put the tactics, you have to take care of the material. You cannot copy all these tactical things they are doing in Europe. But you can see what you can use with your players.

“I [can remember] that time with Chot Reyes a discussion about dribble-drive system, which is good for the Philippines. But, the dribble-drive cannot be the philosophy. It can be just one of the systems, but it cannot be the [only] philosophy. You have to put a lot of other things to make your tactics competitive with other countries,” added Toroman, who coached Iran in the 2008 Beijing Olympics.

READ  Gilas were stuck in a dead end against Italy, admits Guiao

Should that be settled, that would mean great things for the program. It could unleash the potential of the talent it has, which Toroman had seen both in last year’s Southeast Asian Games and the FIBA Asia Cup 2021 Qualifiers last February.

Toroman felt impressed with the athleticism he saw from guys such as Thirdy and Kiefer Ravena and CJ Perez, who were all part of the Gilas side that demolished the Indonesians, 100-70, in their ACQ encounter in Jakarta.

“I think Philippine basketball is improving. When I saw the players in Jakarta, Thirdy Ravena, Kiefer Ravena, [CJ] Perez, they are very athletic, which modern basketball is asking for,” he said.

Toroman was also left in awe of how Gilas has finally overcome its problems when it comes to size, since big men were scarce during his time when the program was made up of the top amateur players in the country.

Aside from 6-foot-11 Greg Slaughter and the 6-foot-9 Japeth Aguilar, Toroman had at his disposal Magi Sison, a 6-foot-7 center, as well as Aldrech Ramos and Jason Ballesteros, who both stand at 6-foot-6.

And to bolster its frontcourt, the PBA lent the likes of Asi Taulava, Kelly Williams, and Ranidel De Ocampo, all of whom saw action in the 2011 FIBA Asia Championship where Gilas bowed out of the semis and eventually finished fourth.

But now, things are different. Gilas has guys like Aguilar, reigning PBA six-time Most Valuable Player June Mar Fajardo, and the vastly-improved Poy Erram, who have all become mainstays in the national team.

And its frontline of the future has been secured as well, with young guns in Fil-Nigerian center AJ Edu of University of Toledo and of course Kai Sotto, who is among the top prospects that will take the NBA G-League route in his bid to reach the NBA.

“The guys with the size can be competitive with all the teams in Asia — and even in the world.“

How open is Mark Sangiao to potential Pacio – Adiwang clash?

Rajko Toroman on SBP-PBA relationship now: ‘Much better than in my time’