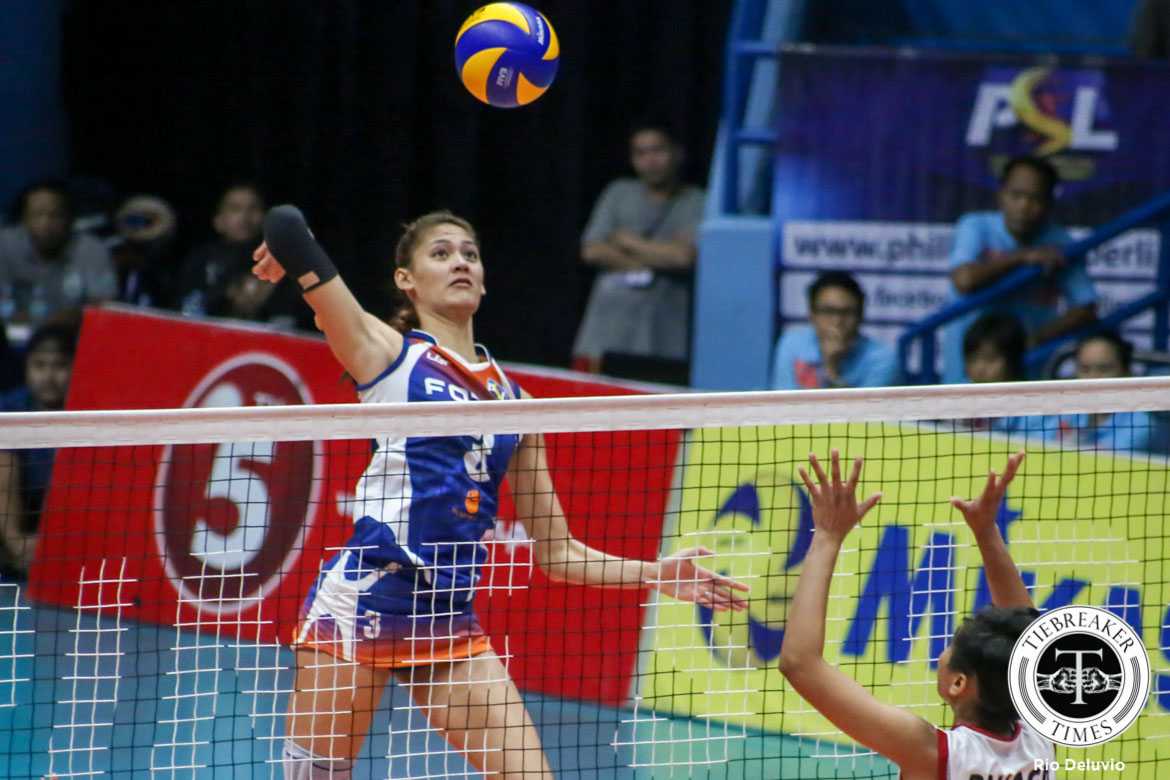 The Foton Tornadoes breezed past the Cignal HD Spikers in straight sets, 25-20, 25-21, 25-9, in the first round of elimination in the Philippine Superliga 2016 All-Filipino conference, Sunday afternoon at the Filoil Flying V Centre.

With the win, Foton split its two-game weekend to come back to an even 3-3 win-loss record, which proves the team’s worth, said head coach Vilet Ponce De Leon.

The Foton Tornadoes started the game strong, capping their 25-20 first set win with a quick attack by Jaja Santiago.

The NU Lady Bulldog led all scorers with a total of 14 points, off 11 kills and three blocks.

The opposing sides were tied after the second technical timeout of the second set, 16-16, but a 7-3 run by the Tornadoes highlighted by a couple of powerful hits by Cherry Rondina carried them to lead by four, 23-19, forcing coach Sammy Acaylar to call a timeout.

After their huddle the HD Spikers got back into the set via a down-the-line hit by Cherry May Vivas and a tip by team captain Michelle Laborte. Cross court attacks by Angeli Araneta and Patty Orendain, however, carried Foton to a two-set advantage.

Rondina took the wheel for Foton to open the third set with a 16-6 run, capped by her four of her 10 points. The team rode off the wide separation to grab the game-winning set, 25-9.

The Foton Tornadoes (3-3) look to entertain their fans in Batangas as they face the Standard Insurance-Navy Corvettes (2-4) on Tuesday at the Batangas City Coliseum, while Cignal (1-5) will try to grab its second win of the conference against Amy’s Kitchen (0-5) on Saturday at the FilOil Flying V Centre.