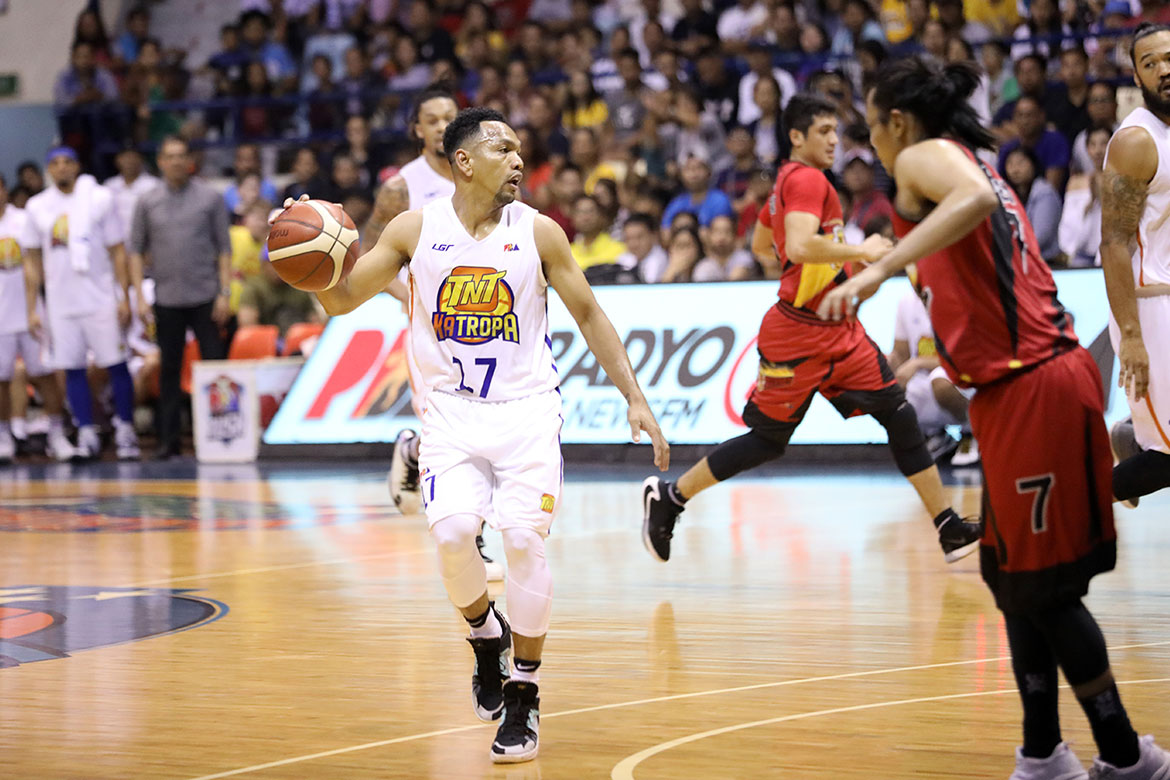 Jayson Castro had been ruled out for a month after suffering a soleus muscle strain in his right leg, but he returned ahead of time and suited up for TNT’s PBA Governors’ Cup meeting with long-time rivals San Miguel Beermen on Wednesday night.

The 33-year-old sustained the injury during the KaTropa’s match with the NLEX Road Warriors last October 25, which they lost. His initial return date was in late November, but he was back in action about a week earlier than expected.

And he showed how different things are for the flagship MVP franchise when he’s around.

Castro produced 12 points, 11 assists, and nine rebounds in over 40 minutes of play as he helped the KaTropa take down the beleaguered Beermen, 114-109. With the win, the Katropa snap their three-game skid and clinch the third seed for the quarterfinals.

Castro is glad to have helped the KaTropa grab the victory, which enabled them to secure a twice-to-beat edge for the quarterfinals. Still, the 11-year pro did not take all the limelight to himself, instead deflecting the credit to his teammates.

Still, Castro admitted that he has yet to fully regain his rhythm. But he assured that he’s doing everything he can to have it back especially with the quarters around, where they will face the sixth seed and defending champs Magnolia Hotshots.

Troy Rosario to play on despite finger injury