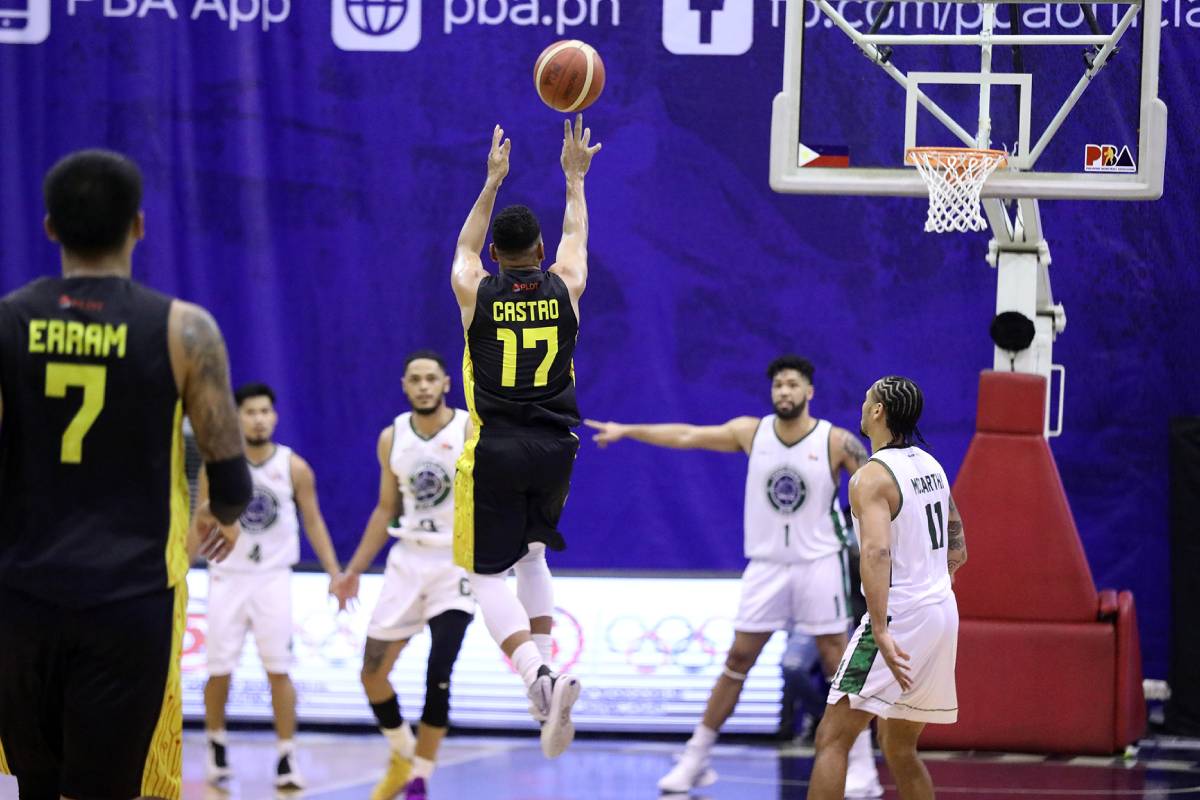 TNT survived Terrafirma, 86-79, to give Chot Reyes a fitting welcome in the 2021 PBA Philippine Cup, Saturday at Ynares Sports Arena in Pasig.

The decorated mentor marked his return to the pro ranks after nine years on a triumphant note, but his Tropang Giga had to weather a furious late-game rally by the ever-gutsy Dyip to prevent their party from being spoiled.

Last year’s all-Filipino runners-up saw their 22-point lead become just five approaching the final two minutes but managed to escape with the narrow win as Johnedel Cardel’s wards failed to convert on the other end.

“Obviously we’re happy we won, but we’re kinda disappointed with the way we played in the last quarter and a half of this game,” Reyes offered. “I thought we weren’t faithful to how we wanted to play this game.

Jayson Castro paced TNT with 17 points, five rebounds, and four assists. Poy Erram produced 15 markers and 11 boards, as Troy Rosario had his own double-double contribution with 14 and 10. Roger Pogoy added 10.

The Tropa gathered steam behind those four in the second quarter, where they unloaded a 14-2 run en route to a 45-33 lead heading into the break.

The intermission didn’t halt their momentum, and Castro eventually gave his side its biggest lead of the game, 55-33, two minutes into the third canto.

But what appeared to be a one-sided affair until the end suddenly changed when Terrafirma found its groove in the final chapter. Juami Tiongson’s freebies cut the deficit to just five, 79-84, with 2:10 remaining in the game.

The Dyip, however, could not buy a basket anymore. Tiongson missed a lay-up and triple, and Erram came through with the insurance bucket with 19 seconds left to play to shut the door close — and to settle the final count.

“I thought that Terrafirma did a great job of beating us in the effort department, especially in the last quarter,” added the five-time Coach of the Year.

Aldrech Ramos led the Dyip with 17 points. Rashawn McCarthy made 13 points, while Andreas Cahilig chimed in 12 in the defeat.

The loss also spoiled the debut of 2021 top pick Joshua Munzon, who only had six points, three rebounds, and an assist against two turnovers in 26 minutes.

Both squads will return to action on Wednesday, July 21. Terrafirma opens the triple-header versus Alaska at 12:30 p.m., while TNT battles fellow favorite Magnolia in a titanic clash at 6:00 p.m.

Troy Rosario starred in the fourth quarter as TNT came back and disappointed Phoenix Super LPG, 84-80, to extend its unbeaten run to three...