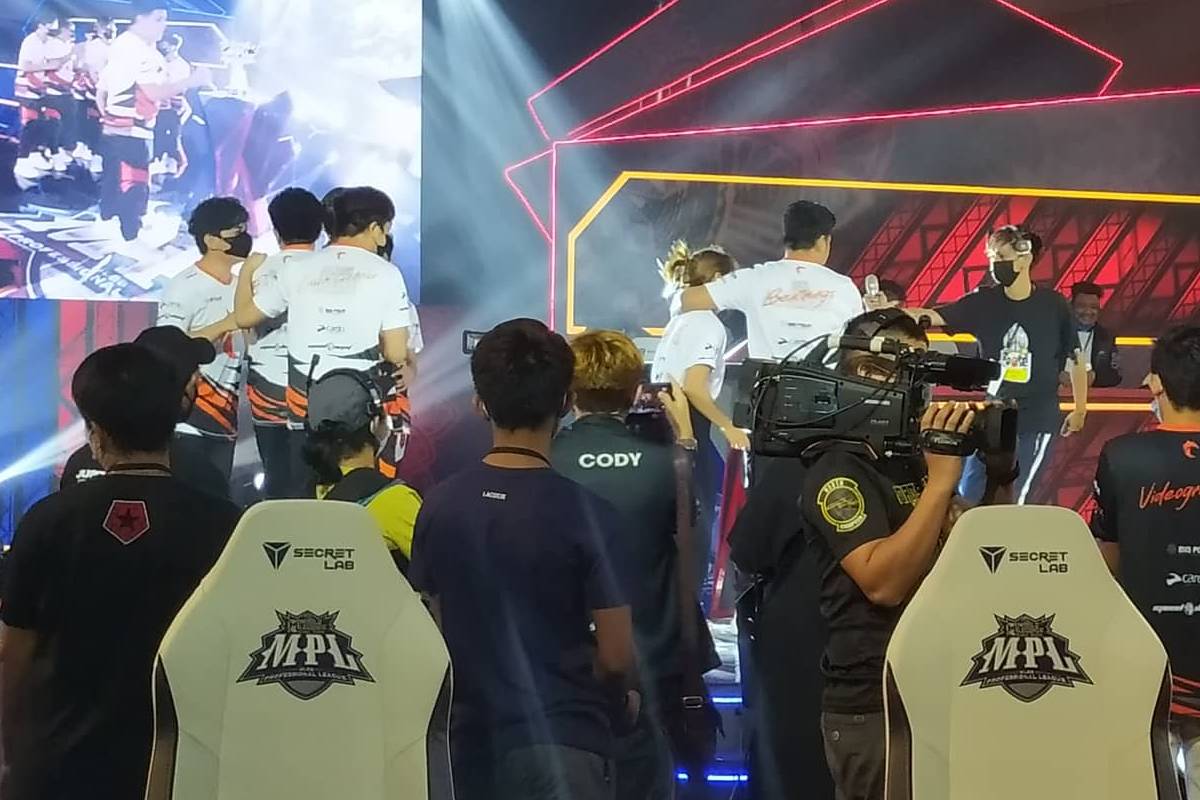 TNC may have lost in the lower bracket finals, but Ben “Benthings” Maglaque still went home with the biggest victory on Sunday night.

Moments after TNC lost to Omega Esports via sweep in the lower bracket finals, Benthings proposed to his long-time girlfriend Dayen Bello in front of the entire MPL Philippines community present at the SMX Convention Center in Pasay.

Benthings, moments after TNC lost to Omega Esports in the lower bracket finals, proposed to his long-time girlfriend. @tiebreakertimes pic.twitter.com/rV5DJBiznV

Benthings and Dayen will celebrate their ninth year together this coming October.

The sophomore roamer previously spent his rookie season riding the bench. Now, he is the undisputed breakout star of Season Nine – leading TNC to a bronze finish. He also finished second in the MVP voting.

#ReadMore  Nexplay loads up with amateur standouts as Dogie returns as coach
In this article:Benthings, MPL PH Season 9, TNC Predator