Ginebra head coach Tim Cone is back with his team after a stint as an assistant coach of the Miami Heat in the NBA Summer League.

And the winningest coach in PBA history has learned so many new things in the two weeks he’s been with the Heat, which is coached by Filipino-American Erik Spoelstra during the regular season.

With all the fresh ideas, Cone now has a dilemma he’s been thinking about for days.

“My only thing now and I’ve been wrestling with this is how much do I bring to the team that’s new and how fast do I bring it in?” said Cone after Barangay’s 100-93 victory over Northport, Sunday at the SMART Araneta Coliseum.

“If I bring it in right away will it disrupt us before we go into the playoffs? Do I wait till afterward?

“These are things I have been wrestling with right now because I have been exposed to so many new things and I certainly like to try some of them out,” he continued.

But that problem is the kind of problem one wants to have. A good problem.

Cone certainly had the best time with the Miami summer league team which went 3-5 in the California Classic and Las Vegas combined.

The 24-time PBA champion can go hours and hours detailing his experience there but mentioned the “special” takeaways he had. 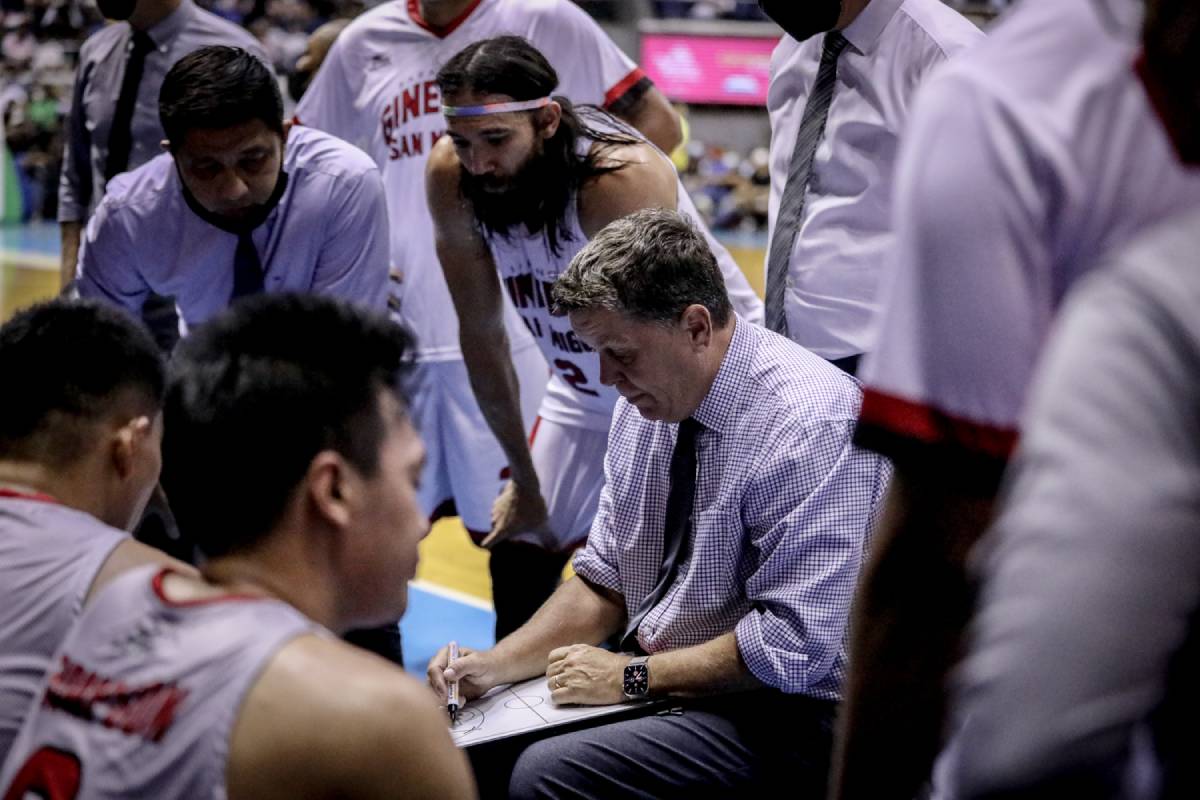 “It was an incredible experience being around staff like that daily and watching their progress and their process,” he said.

“Watching them progressing a game, it was really fascinating to me to see it and be a part of it. They welcomed me like family, it was really amazing.”

Always been connected to Spoelstra, Cone got the chance to have longer chats with the two-time NBA champion who got to coach the likes of LeBron James and Dwyane Wade.

Spoelstra was also the first-ever Asian-American to be a head coach in the NBA, Major League Baseball, National Football League, and National Hockey League.

“I had daily interaction with Coach Spo himself for hours on walks, we were walking,” shared Cone.

“We had a walking crew. I walk with him, his assistants, his player personnel, his GM so you get a lot of interaction and you learn a lot as you’re doing those walks.”

And with the rare opportunity to be in the NBA system, Cone made sure to give something to Spoelstra. A Ginebra cap and long sleeve shirt as well as dried mangoes.