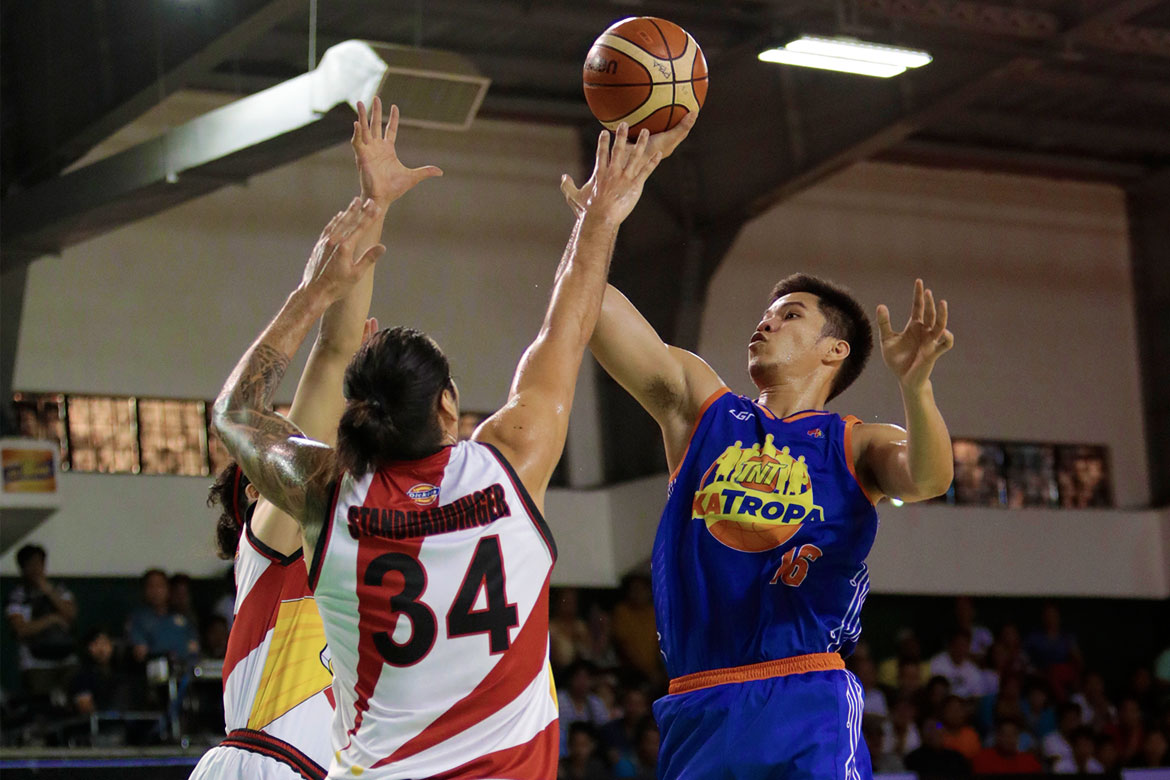 It was an out-of-town trip that Roger Pogoy would like to forget.

The sophomore forward suffered a sprained ankle with 4:20 left in the fourth quarter of his TNT KaTropa’s match versus rivals San Miguel Beermen, Saturday in Calasiao, Pangasinan.

Pogoy incurred the injury when he accidentally landed on teammate Marqus Blakely’s foot. The pain was unbearable, and he had to be escorted by the coaches to the team’s bench.

Pogoy never returned to the game.

That accident stalled the 6-foot-2 guard-forward’s commendable performance, as he already had 21 points on an excellent 9-of-11 shooting from the floor along with five rebounds and a steal.

But Pogoy was disappointed with the bad timing of his injury.

Pogoy left when the Beermen were coming back from 11 down. And when he sat on the bench, Chris Ross made a reverse lay-up and lifted San Miguel to a 91-90 lead with 4:15 remaining.

The Texters then failed to come up with answers to stop the Beermen, as Ross and streaky American import Kevin Murphy caught fire by knocking down big triples down the stretch.

The loss snapped the KaTropa’s three-game winning streak. And it doesn’t help that their next two games will be against rivals Magnolia Hotshots and Barangay Ginebra San Miguel.