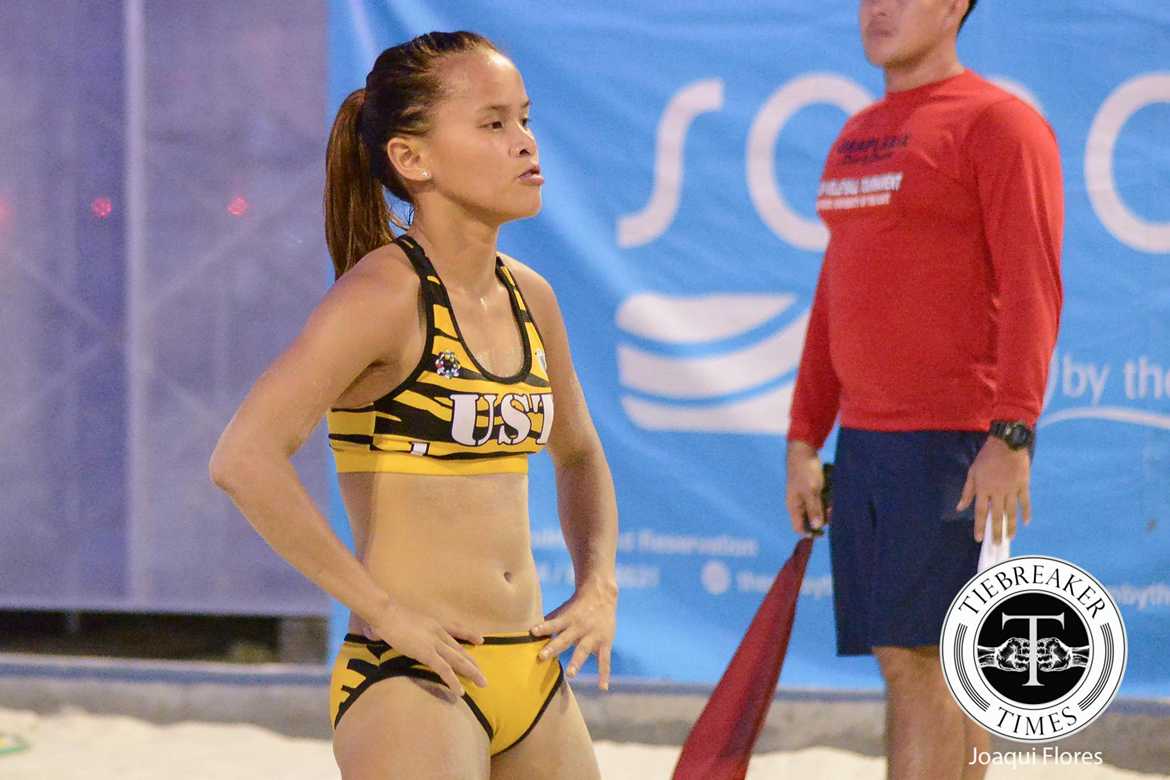 The University of Santo Tomas Tigresses neared an outright Finals berth while the Far Eastern University Lady Tamaraws nailed their fifth straight win in Day 3 of the UAAP Women’s Beach Volleyball tournament at the Sands SM by the Bay at the SM Mall of Asia grounds.

UST’s Cherry Rondina and Jem Gutierrez sputtered but recovered just in time to sweep National University’s Aiko Urdas and Roma Doromal under the scorching noon sun 21-18, 21-16. The Tigresses then shined beneath the cover of night against Adamson University’s Jema Galanza and Bernadette Flora 21-9, 21-13.

With a 6-0 record, the Tigresses know the importance of getting one more win.

Standing in the way of their sweep, Far Eastern University’s Bernadeth Pons and Kyla Atienza blazed to five straight wins with convincing wins over University of the Philippines’ Arielle Estrañero and Diana Carlos (21-16, 21-18), and NU (21-6, 21-16).

FEU, sitting at second place with a 5-1 slate, and UST will meet for their final elimination matches on Friday.

The last two Final Four spots are up for grabs between four teams.

Rivals Ateneo de Manila University and De La Salle University will face-off on Friday with stakes at its highest.

The Lady Spikers split their matces for the third straight day. Reserve player, Kim Fajardo had to sub in for Desiree Cheng in the first set of their match of against Adamson. Paired with sophomore Tin Tiamzon, one-half of last season’s championship pair still could not lift the Lady Spikers to a win, falling to the Lady Falcons 22-24, 21-16, 15-13. But the Lady Spikers recovered in the evening, sweeping the University of the East’s Judith Abil and Angelica Dacaymat 21-15, 21-12.

With La Salle at 3-3 and ADMU at 4-2, a win by either side could ensure their place in the Final Four.

Having lost three straight matches after winning three in a row, UP will need to win against NU on Friday to keep within range of the postseason.