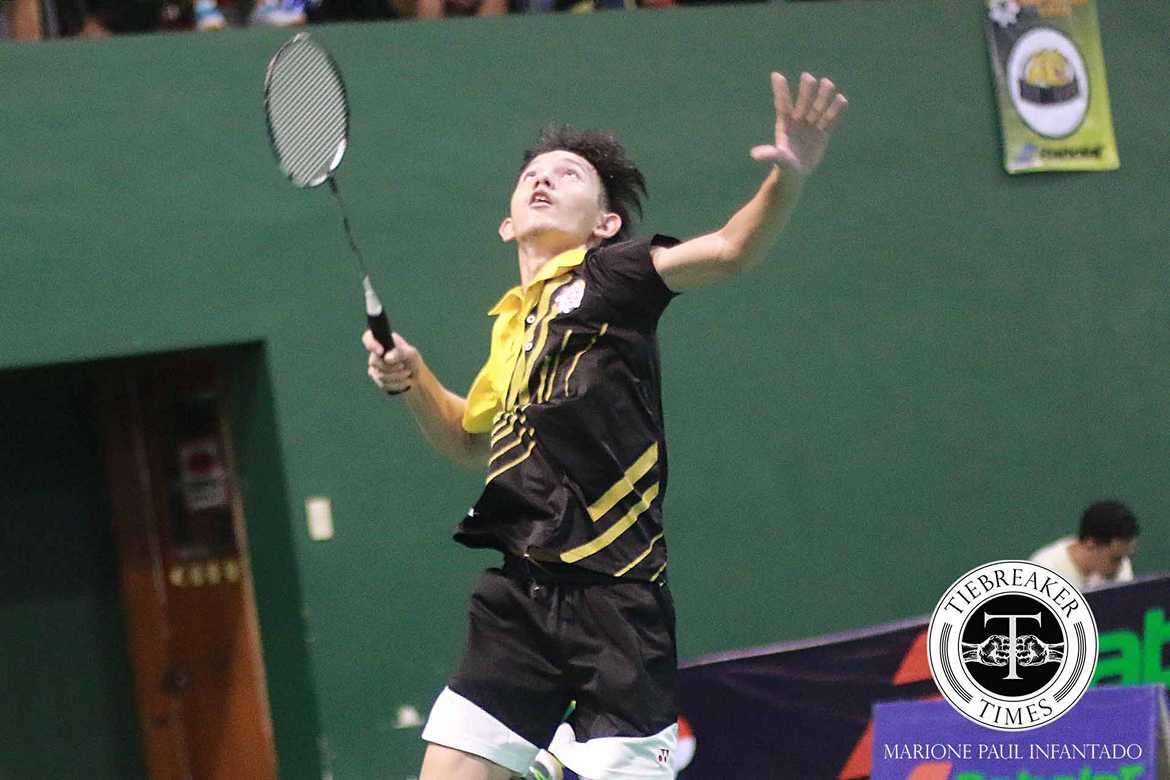 In a crucial contest for the remaining semifinals spot, it was the season hosts University of Santo Tomas Tiger Shuttlers which emerged victorious, 3-2, over event hosts Far Eastern University Tamaraws, Wednesday at the Rizal Memorial Badminton Hall.

The Tams took the early lead, with senior Josh Mark Maquelabit winning over UST’s John Edgar Reyes in the first singles match. Maquelabit cruised past the Thomasian in the opening frame and closed it out with a huge 21-9 win. The second frame was different, as Reyes found his groove despite playing catch-up throughout. In the end, FEU’s small leads finally won it at 21-18.

Estarco Bacalso doubled the lead for FEU with a gritty three-setter against John Paul Yabut in the second singles match. The more composed player who could limit their errors would eventually win the frame.

The Tiger handily won the opening game at 21-13. Bacalso then made the crucial offensive moves in the second frame to level the match at one set apiece, 21-19. The Tamaraw wasted no time to close out the third game, 21-14, to pull his team to a 2-0 tie advantage.

Nevertheless, the Tigers were on the hunt for a comeback.

UST, who had just missed another post-season appearance last year and hopes to get a chance this year, started their resurgence trail in the first doubles match. Reyes and long-time partner, team captain Paul Pantig, comprehensively finished off Maquelabit and Jade Sarmiento in just 19 minutes.

The Thomasians showed their excellent teamwork on the court, which the opponents could not answer. Pantig and Reyes won it 21-8, 21-10.

The other doubles pairing was no different, as Jan Mark Sotea and Kristian Barrios also made quick work of Bacalso and Jacob Tercias. The Tigers played like a well-oiled machine in a comfortable win of two 21-13 games.

In the deciding singles match, Criz Sanchez threatened to write out a similar story line as he managed to win the opening game at 21-12 over Tercias. However, the latter made a case in the following game to the delight of the FEU team and supporters.

Down 14-17, the lanky Tamaraw levelled it at 17, before Sanchez got match point at 20-18. Tercias forced his opponent into two consecutive errors to take the match into a deuce. Eventually, a shot to the baseline was all that Sanchez needed to get the win for UST.

The Tiger Shuttlers (3-3) will face the Ateneo De Manila University Blue Eagles (4-2) on Wednesday, September 30, on the last day of the qualifying round. A win for UST will force at least a two-way tie for the third spot (with Ateneo) and hence, a possible playoff. A UST loss coupled with a De La Salle University win will eliminate the Tigers.