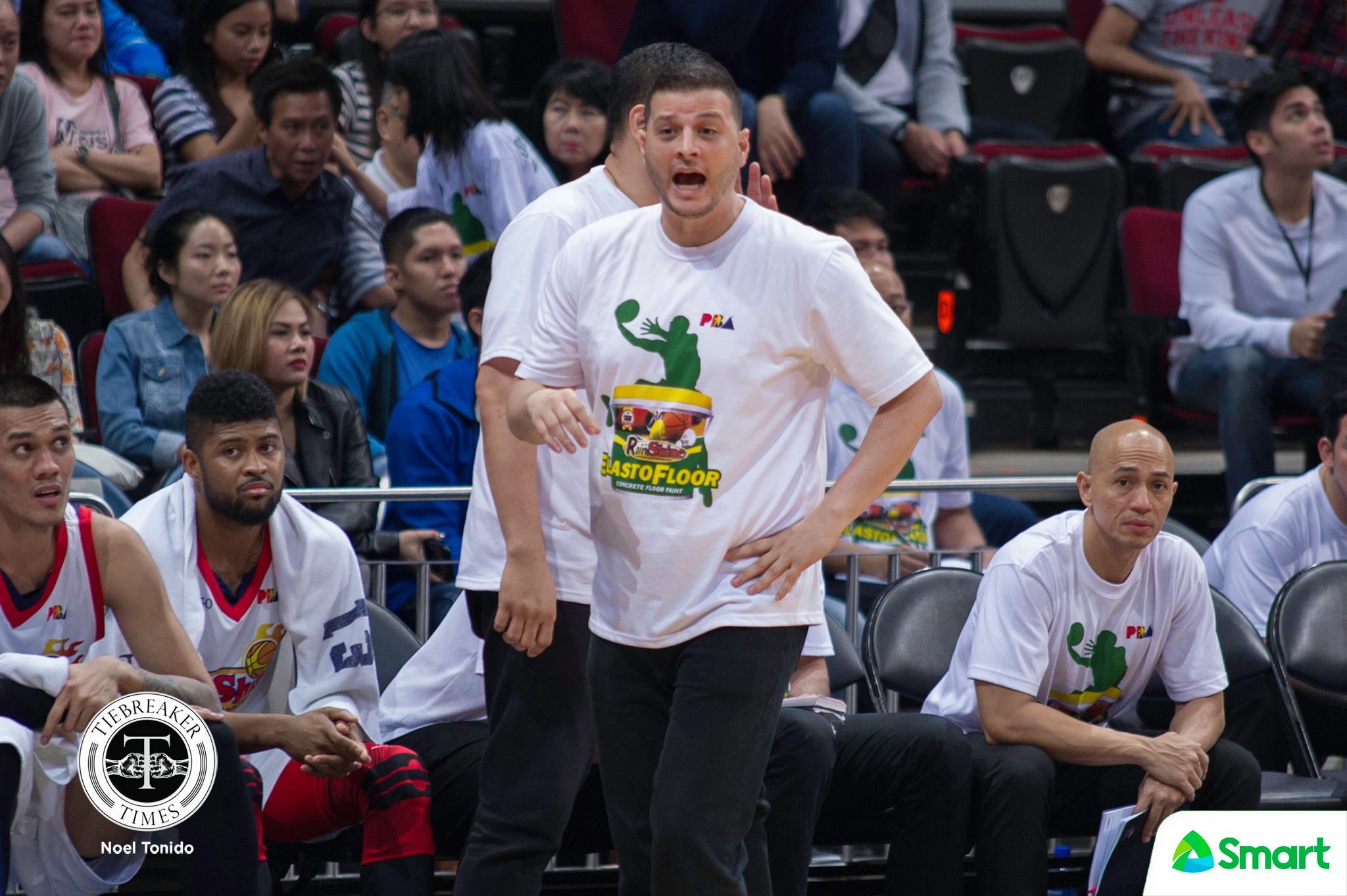 No pressure whatsoever is building up on the Rain or Shine Elasto Painters’ camp, even if their comeback from 25 down fell short and let the Barangay Ginebra San Miguel get away with the 72-75 victory, Saturday night.

No pressure whatsoever is building up on their side, even if the loss had meant that they have now gone 1-2 in the race-to-three series and had sent them on the verge of being booted out of the 2018 Commissioner’s Cup title race.

The second half is where Rain or Shine had truly thrived. From a dismal 23-point performance in the first 24 minutes, they came back rejuvenated after the halftime break, and they started to take down Ginebra’s wall little by little.

Eventually, they came in so close. With import Reggie Johnson making an underbasket stab off a baseline inbound, the Elasto Painters saw themselves within just a field goal, 72-74, with only 9.8 seconds left in the game.

And even if LA Tenorio’s split freebies made it a three-point lead for the Barangay, Rain or Shine still had a chance. They turned to James Yap to tie the game, but unfortunately, he missed both of the opportunities he had.

Still, it had been a good fight.

“It was a tale of two halves,” said Garcia. “They played an excellent first half, we played a better second half. But kinapos kami.

“I told the players if you want to extend the series, we have to play the way we played in the second half.”

However, it isn’t all positives for Rain or Shine. Garcia, as much as he’s happy, rued the way his wards started the match — Ginebra had their juices flowing right from the get-go, where they jumped to a quick 9-0 lead.

“I’m happy about how we performed in the second half. But really, medyo masama lang loob ko kasi three games na kaming bad start,” he said. “We have to find a way to start better, to keep us in the game earlier, and have a chance.”

Add to that, for Garcia, the fact that they allowed Justin Brownlee to be his deadly self. The 6-foot-5 import made it rain inside the venue, finishing with 44 points on 14-of-19 shooting.

“Brownlee was incredible today,” praised Garcia. “That was also with defense.

“That’s the story of the game: Brownlee was on fire today.”