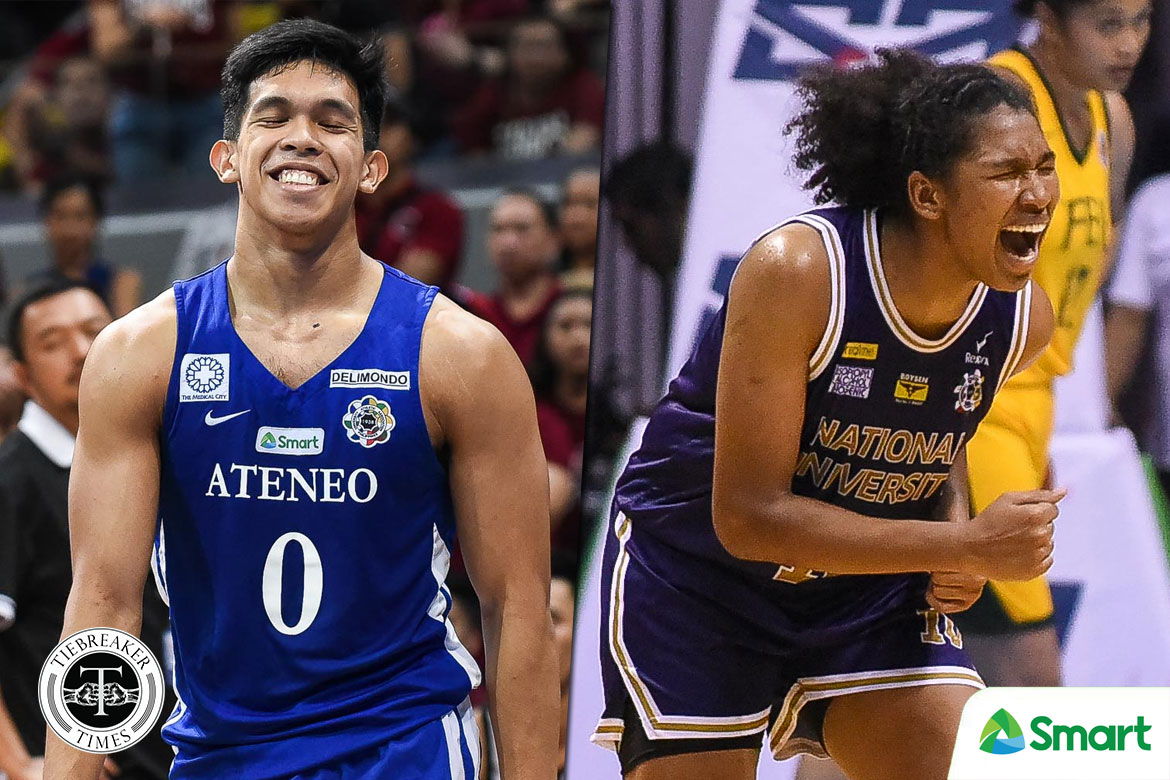 Jack Danielle Animam and her venerable coach at National University Patrick Aquino, along with Ateneo stalwart Thirdy Ravena will be the recipients of special awards in the coming SMC-PSA (Philippine Sportswriters Association) Annual Awards Night at the Centennial Hall of the Manila Hotel.

Ravena is the year’s Mr. Basketball, while Animam and Aquino are going to be the first awardees of Ms. Basketball and Coach of the Year honors from the country’s oldest media organization established in 1949.

The three are part of the long honor roll list headed by 2019 Athlete of the Year Team Philippines which will be feted in a grand March 6 ceremony presented by the Philippine Sports Commission, MILO, Cignal TV, Philippine Basketball Association, Rain or Shine, and AirAsia.

The team copped a sixth straight UAAP title with another 16-0 record, including a sweep of University of Santo Tomas in the finals.

Overall, the Bulldogs have extended their unprecedented winning streak to 96 games in a six-year span.

Aquino also served as architect of the Gilas Pilipinas women’s 5-on-5 and 3×3 teams that brought home the breakthrough golds in the last 30th Southeast Asian Games.

Working behind the core of the Lady Bulldogs led by Animam, Aquino steered the Filipina cagers on top of the podium for the first time ever by toppling long-time rival Thailand in the final game of the tournament, 91-71, ending a long year of agony for Philippine women’s basketball.

They did the same thing in the inaugural 3×3 event when they likewise thrashed the Thais, 17-13, for the gold.

The same season also saw the Gilas Pilipinas women’s team retaining its spot in Division A of the FIBA Women’s Asia Cup.

The well-built Ateneo guard served as the catalyst of the Blue Eagles completing an unprecedented 16-0 campaign in the UAAP Season 82 men’s basketball tournament.n

The school retained the varsity title undefeated following a two-game sweep of University of Santo Tomas in the finals for their third straight championship.

No men’s team in UAAP history has won the crown with a perfect 16-0 record and was the first unbeaten champion squad since UST (14-0) in 1993.

Ravena, who will forever be remembered for that iconic photo showing him standing on the scorer’s table and facing the Ateneo crowd while spreading his arms wide in the din of the championship celebration, were part of that Ateneo three-peat, which he capped by emerging as finals MVP each time, a first in UAAP history.

Earlier in the year, Ravena made the final 12-man roster of Gilas Pilipinas in the final window of the 2019 FIBA World Cup qualifiers as the lone collegiate player.