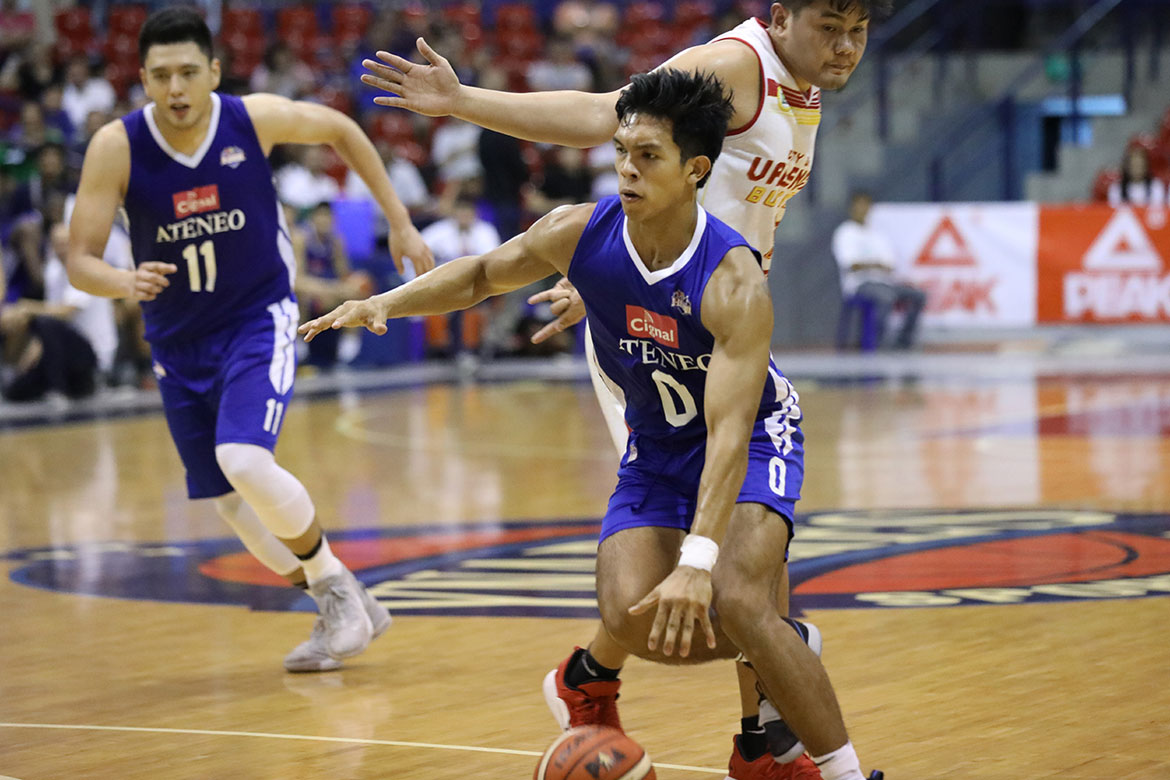 Compared to their preparation for the UAAP Season 80 Men’s Basketball tournament, the Ateneo Blue Eagles don’t have the luxury of playing in a lot of games this year.

Last year, Ateneo went through the gauntlet, playing in the SMART Basketball Breakdown Invitationals, the SMART City Hoops tournament, and the Filoil Flying V Preseason Cup. After taking down all three tournaments, Ateneo went on to play in the 2019 William Jones Cup and had numerous scrimmages against Greek clubs.

That was over sixty played games to prepare for the UAAP grind.

This time around, though, the defending, two-time UAAP champions were not afforded that luxury, as their sole preseason tournament has only been the 2019 PBA D-League tournament. Besides this, the Cignal-backed squad struggled to field a complete lineup earlier in the season as some of their student-athletes had academic duties during their games.

Still, Cignal-Ateneo continued to push, eventually advancing to the finals of the 20-team tournament.

“First off, I’m proud of the team for preparing this way. Ito kasi talaga yung test namin kung gumana yung pina-practice namin,” said reigning Collegiate Basketball Player of the Year Thirdy Ravena as Cignal-Ateneo has only lost once so far.

“This is a great opportunity for us to improve as a team.”

Though it seems that the Blue Eagles are hitting their peak, Ravena still sees plenty of room for improvement for his squad.

“Sana. I’d like to think so, pero by the looks of it, marami pa ring kailangan i-improve. That’s basketball. You can’t be too content with what you have,” opined Ravena, who is averaging 14.13 points, 4.75 rebounds, 4.13 assists, and 1.38 steals per game in eight games played.

With their D-League stay about to end, Ravena and the Blue Eagles are not resting on their laurels. They know that either NAASCU champions St. Clare Saints or MNCAA kings CEU Scorpions will be a tough match-up for them in the best-of-five finals.