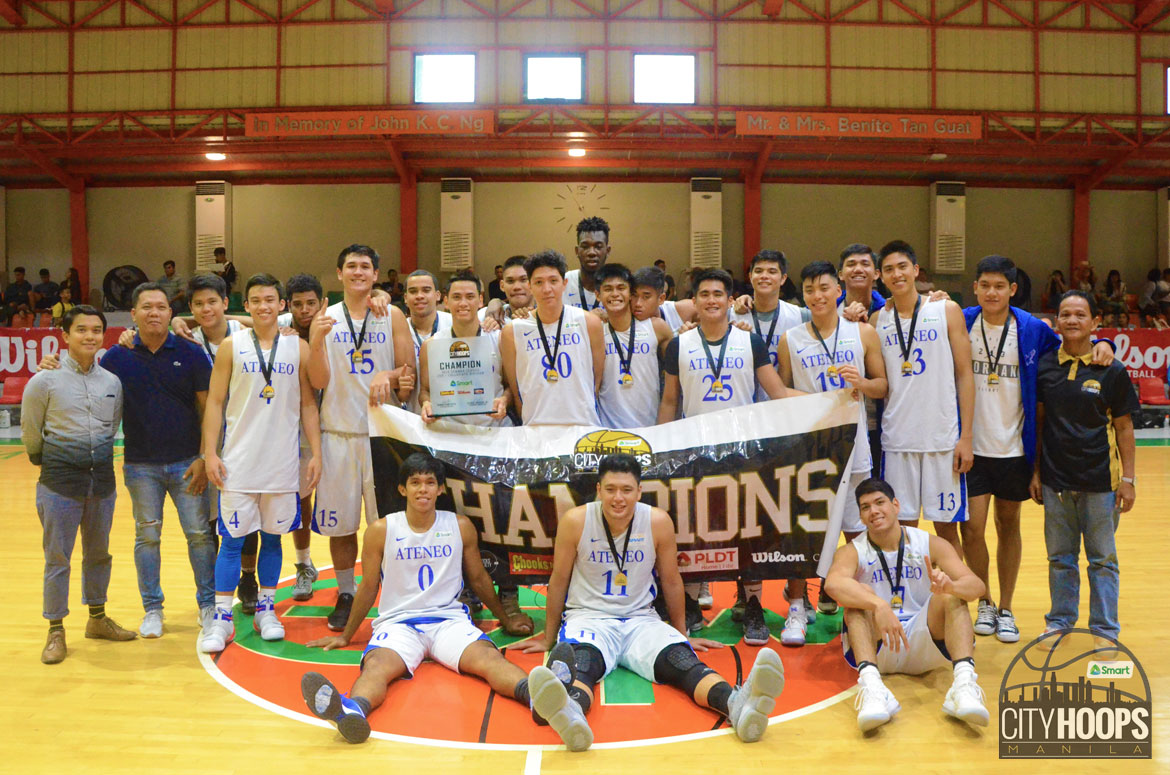 Just a day after their overtime thriller against the DLSU Green Archers, the Ateneo de Manila University Blue Eagles once again figured in a physical contest against the Far Eastern University Tamaraws.

But just as they have done all throughout the pre-season, the defending champions were able to stay composed as they surged past the top-seed Tamaraws, 70-58, to win the 2018 SMART City Hoops 25-Under Summer Classic, Wednesday afternoon.

Thirdy Ravena – who was only activated during the semifinals of the tournament presented by Chooks-to-Go, Rain or Shine Elasto Paint, Mighty Sports, Cignal TV, and Wilson Basketball – led the Blue Eagles’ balanced attack with 12 points and six rebounds.

More importantly, it was the veteran leadership of the Ateneo seniors that kept the Blue Eagles composed when things got physical between both squads during the second quarter.

“We got enough veterans on this team that is why we were able to stay composed. Fortunately, in the second half, we settled down and we got away with the win,” said Ateneo head coach Tab Baldwin.

Down 35-39 early in the third frame, the Blue Eagles locked down the Tamaraws, limiting them to just 12 points.

On the other end, Ateneo’s offense came alive by first pounding the paint for easy free throws. SJ Belangel then provided the spark of the bench, scoring all six of his points in a 13-1 run that gave the Blue Eagles a 57-44 advantage.

READ  Kiefer Ravena proud that Thirdy made 23 for 2023 list

“We’re just searching for better play. We only had three full practices since May 1 and a couple of abbreviated practices. We had a two-week break because of Finals and another because of Baler. Everything else is just games,” opined Baldwin.

“We’re really suffering right now. And it’s the same thing with Greece but that’s the way it is,” he added, as the Blue Eagles are set to fly to Greece for a 14-day camp.

Jasper Parker tried to will the Tamaraws in the final frame, scoring all but five of FEU’s fourth quarter points. However, the rest of the Tamaraws were misfiring from the field, as Ateneo’s lead would only go down to as low as eight points, 61-53, with 4:32 left.

Arvin Tolentino had a team-high 16 points and six rebounds, while Parker added 12 points.