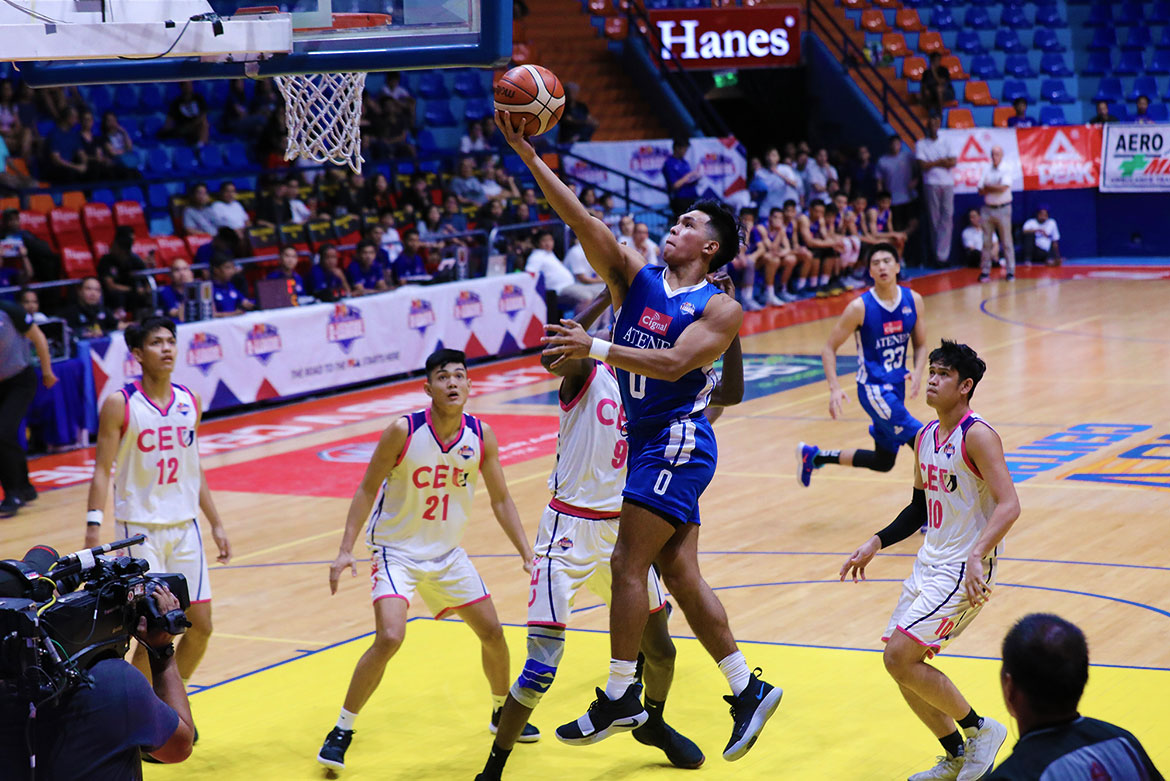 Cignal-Ateneo has been flat out dominant in its campaign in the 2019 PBA D-League Tournament.

The Blue Eagles have only lost once so far in their campaign, including a dominant sweep of Valencia City-San Sebastian in the semis that saw them win with an average margin of 32.5 points per game.

In the last stage of the tournament, the reigning, two-time UAAP Men’s Basketball champions are facing a severely-shorthanded CEU Scorpions team.

Though many expect the Blue Eagles to crush them in the best-of-five series, the team knows that the Scorpions, though playing just eight players on a good day, can stun anyone.

“It’s still a basketball game and anything can happen especially in situations like these. Alam niyo naman na the underdogs are always favored to win. We just have to make sure na we do our jobs,” the Ateneo lifer continued.

“The only way na matatalo kami is to let them do what they can do and for us to let go of that mental focus that we have.”

In Game One, the Blue Eagles showed no remorse against the Scorpions as they did not let up en route to a dominant 101-66 win.

Ravena himself scattered 15 points, seven rebounds, and three assists in the contest that saw Ateneo lead by as much as 39 points.

For the second generation cager, facing a short-handed squad is a test. Though the Blue Eagles are the overwhelming favorites even if CEU is in full strength, the series itself will serve as a mental exercise for Ateneo.

READ  Injury-stricken or not, Kalei Mau wants to be on the court for F2

With Ateneo scoring the highest win margin in PBA D-League history in Game One, Ravena stressed that they need to sustain this kind of effort for two more games.

“Hopefully we could continue doing what we did today. That is the challenge. We have to play better than the next game and make sure na we get closer to our goal.”