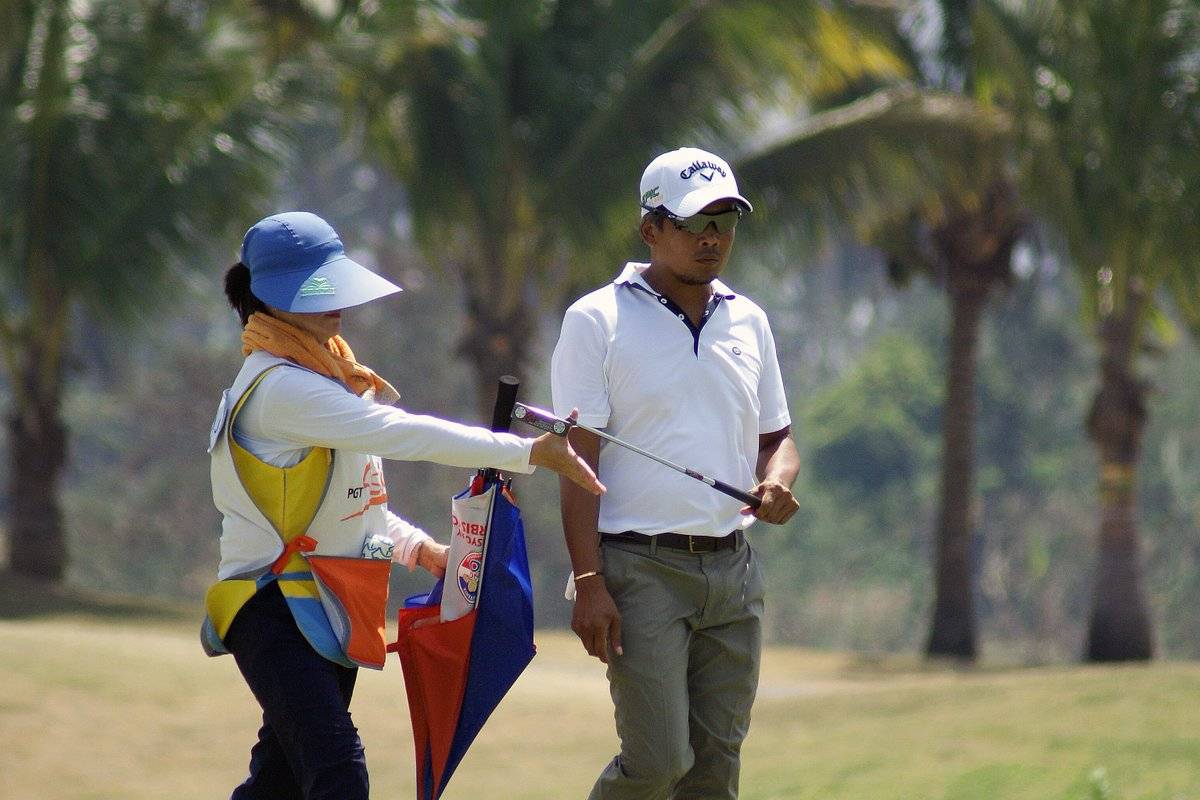 Juvic Pagunsan had a rough Day 2 as he came up with 2-over 73 for the day and 3-under 139 overall to slip into a share of the 25th spot in the 2020 Olympic Men’s Golf tournament at the Kasumigaseki Country Club, Friday.

For the second straight day, golfers saw play interrupted due to inclement weather, but this time it took its toll on the Olympic debutant.

Pagunsan was currently taking on Hole 11, when play halted as storm clouds started to form, much like the day for the 43-year-old Filipino

When play resumed two hours later, Pagunsan could not put the ball into the hole for a birdie putt. He instead needed an extra shot to move on to No. 12.

Another bogey two holes after pushed the world to a share of 33rd place, before a second birdie off No. 15 saw him back to 3-under for his final score for the day.

Mexican Carlos Ortiz is in first place, as of this writing, at 10-under overall with 4-under for the day, with more than half of the field still wrapping up their day.

As for the golfers which have finished the 18 holes, Mito Perreira of Chile leads up top with 8-under in total boosted by a round-best 6-under 65.

For his part, Pagunsan will look to regain his form in the first round to get back into medal contention as Round 3 takes place on Saturday.

#ReadMore  Tenorio disappointed, worried after another missed opportunity by Ginebra
In this article:Juvic Pagunsan