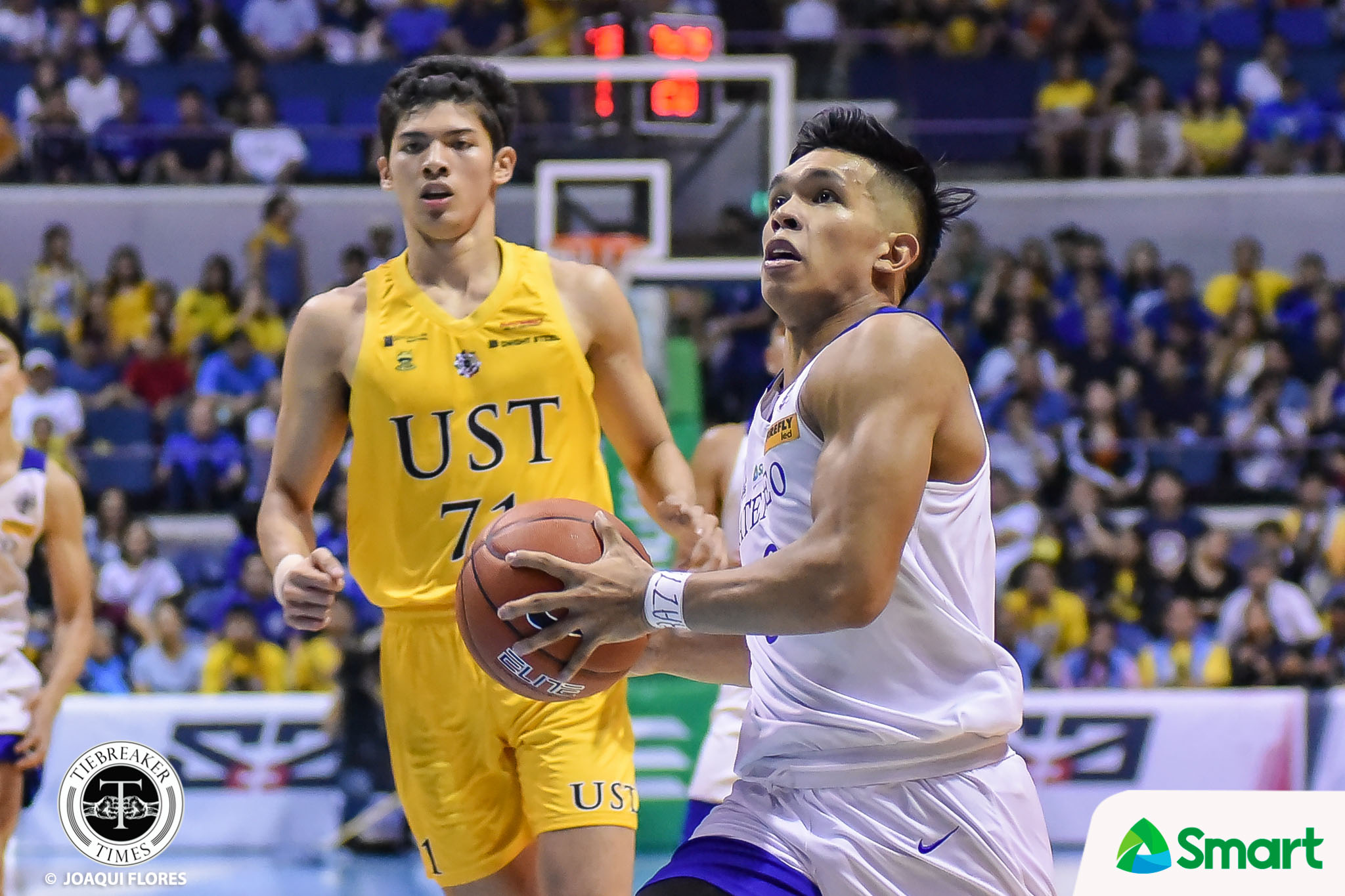 Despite being at the forefront of Ateneo for the last three years, Thirdy Ravena has never won the UAAP Men’s Basketball Most Valuable Player plum.

But during the last two years, the 22-year-old always has always made sure to save his best for last.

“I don’t wanna say at the end of the season na hindi ko binigay lahat,” said Ravena, who is a two-time All-UAAP team member.

“So I’m just laying it all on the line for my team and for the community.”

After experiencing his first Finals loss three years ago at the hands of Ben Mbala and La Salle, Ravena then went on a tear in the championship rounds of the ensuing years. The Atenean forward has posted numbers of 25.6 points, 7.0 rebounds and 5.4 assists in his last five Finals games — including a 32-point, 77-percent shooting outing to take Game One of the UAAP Season 82 Men’s Basketball Finals against UST.

Against UST Saturday, Ravena went on a blitz, scoring 11 points in the first 10 minutes of the game. Though he slowed down in the second frame with seven, he capped his masterpiece with 14 points in the third canto to leave the Growling Tigers in the dust. 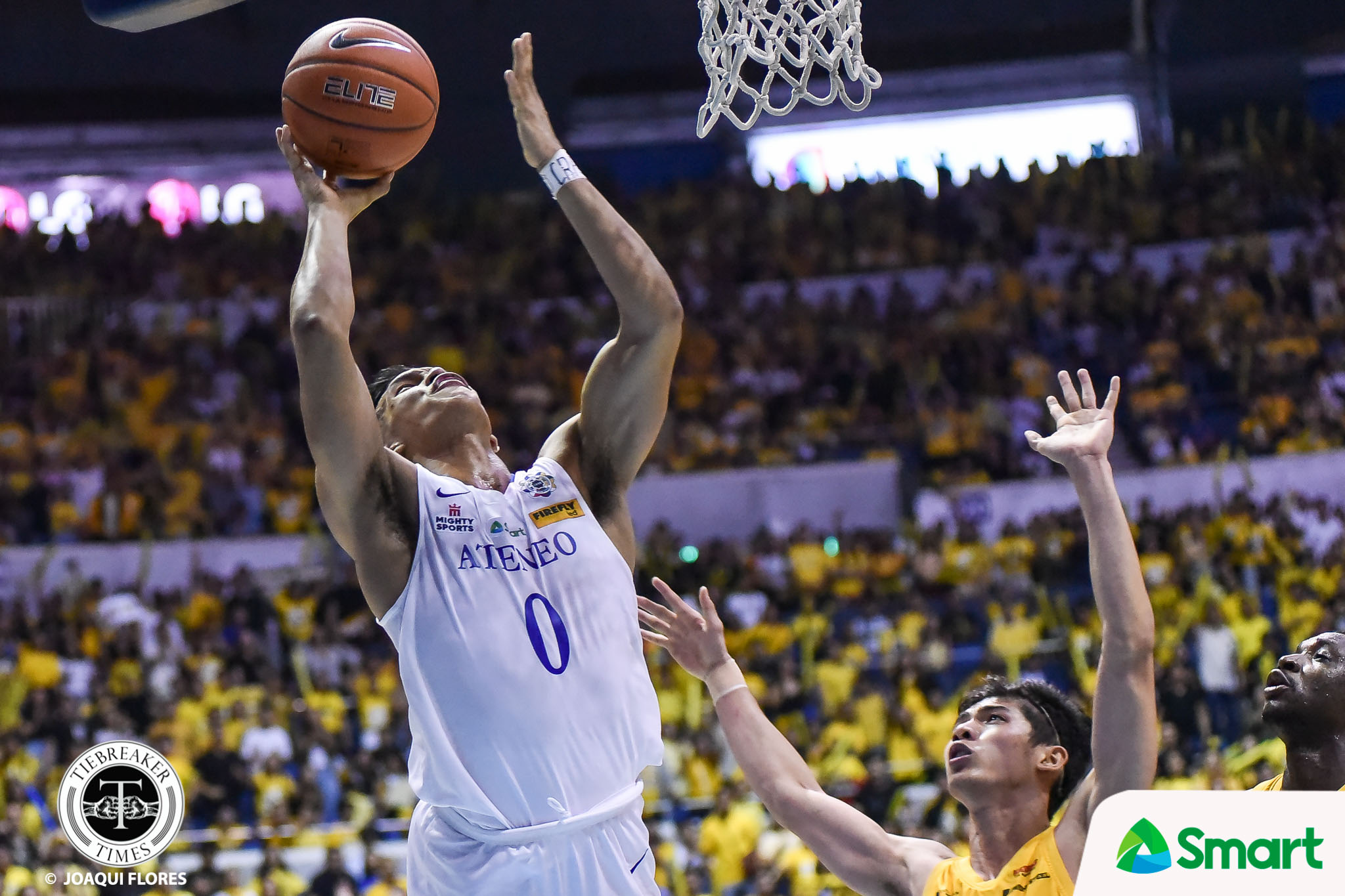 “Well for me, I just take it strong to the basket. Mas malakas ‘yung pag-atake ko, mas malaki ‘yung chance na ma-shoot ‘yung bola number one. Number two, to get a foul. And number three kung mag-mintis man ‘yun, I know that Ange [Kouame] and the other players are ready to get the defensive rebound,” he shared.

With his outing, Ravena has put himself in a prime position to win a third Finals MVP plum. Still, that isn’t the second-generation cager’s priority. Instead, for him, what matters most is the big one — the ECJ UAAP Men’s Basketball Perpetual Trophy.

READ  UP defeats Ateneo for the first time in seven years

“It’s gonna be tough considering UST, sobrang tapang nila lahat. We just need to make sure we do our jobs. “

Rhenz Abando keeps head down after dismal Game One outing