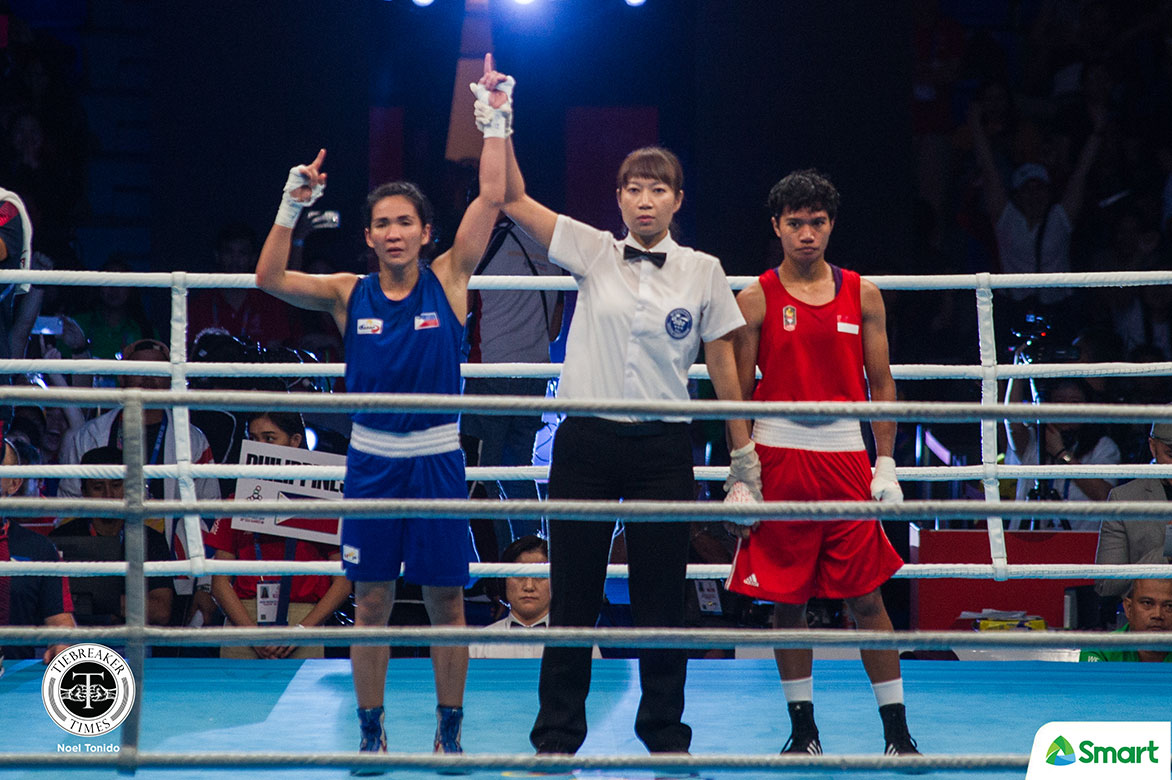 Josie Gabuco added yet another gold medal to her rich collection, ruling the light flyweight division in the 30th Southeast Asian Games women’s boxing finals Monday at the PICC Forum.

Gabuco, 32, has now won her fifth straight SEA Games gold medal. She won her first two in the pinweight division, before winning the next pair in the light flyweight category.

And she did it despite suffering flu-like symptoms.

Gabuco won via split decision over Thailand bet Chuthamat Raksat in the quarterfinals. She then took down Trinh Thi Diem Ki of Vietnam via UD in the semis to reach the title bout.

Gabuco has now given the Philippines its third boxing gold medal today.