The Association of Boxing Alliances in the Philippines (ABAP) punched its way to the honor roll list of the SMC-PSA (Philippine Sportswriters Association) Annual Awards Night, claiming the title National Sports Association of the Year.

Led by Nesthy Petecio, the Filipino pugs stamped their class everywhere in 2019 which saw them winning golds from the Asian to the world levels.

The feat earned for ABAP yet another NSA of the Year award from the country’s oldest media organization, which will honor and recognize the top sports personalities and entities from last year during its annual gala night on March 6 at the Centennial Hall of the Manila Hotel.

Team Philippines is going to be accorded with the coveted Athlete of the Year honor in the event presented by the Philippine Sports Commission, MILO, Cignal TV, the Philippine Basketball Association, AirAsia, and Rain or Shine.

Petecio, 27, was at the forefront of ABAP’s successful campaign, finally scoring a breakthrough gold medal in the AIBA Women’s World Boxing Championships in Ulan-Ude, Russia after beating hometown bet Liudmila Vorontsova by split decision in ruling the featherweight division.

Not to be left out was former world champion Josie Gabuco. 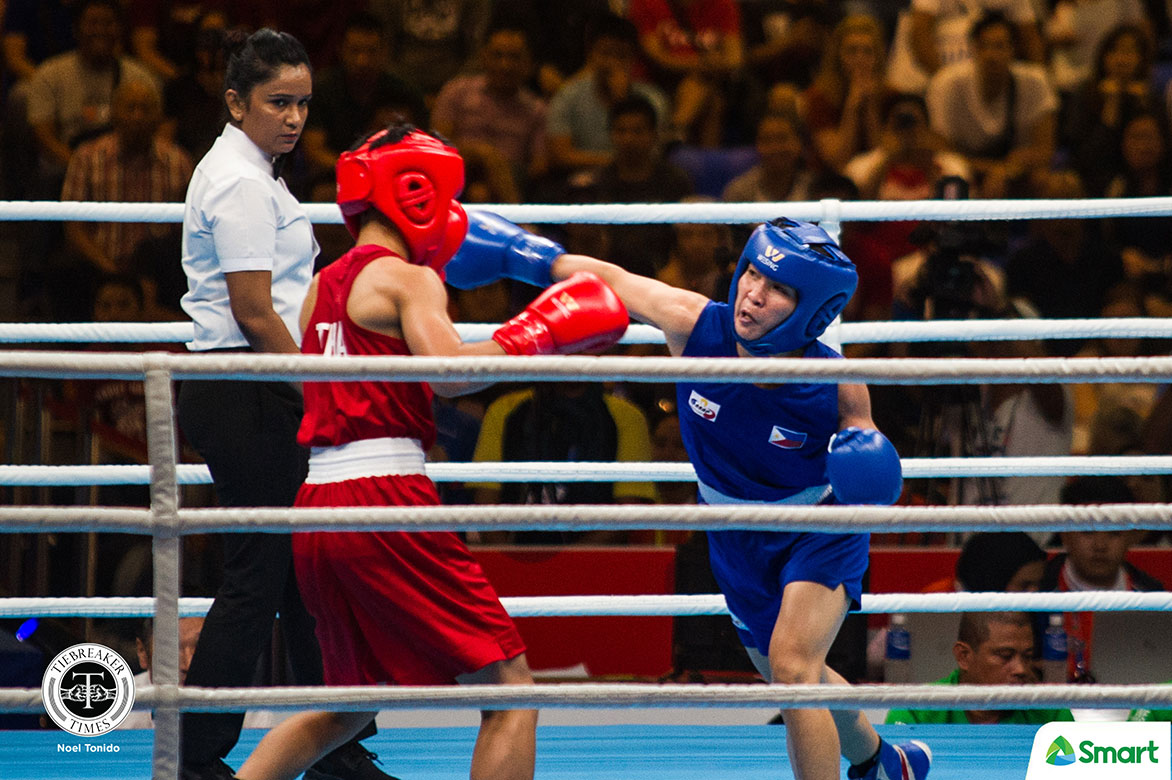 Before Petecio, Gabuco was an AIBA world women’s champion back in 2012.

The three would later banner the Filipinos’ productive stint in the 30th Southeast Asian Games, in which the Philippine boxing team emerged overall champion.

Petecio, Gabuco, and Marcial made up part of the seven gold medals the national team won to beat perennial rival Thailand for the sport’s overall title.

Incidentally, the Philippine team failed to win a medal in just one of the 13 boxing events competed in the SEA Games.

Like in the world meet, the gold Petecio won was his first-ever in the biennial meet after previously ending up with just a silver medal from 2011 to 2015.

For Marcial, it was his third SEA Games gold medal. On the other hand, Gabuco now has a record five golds.