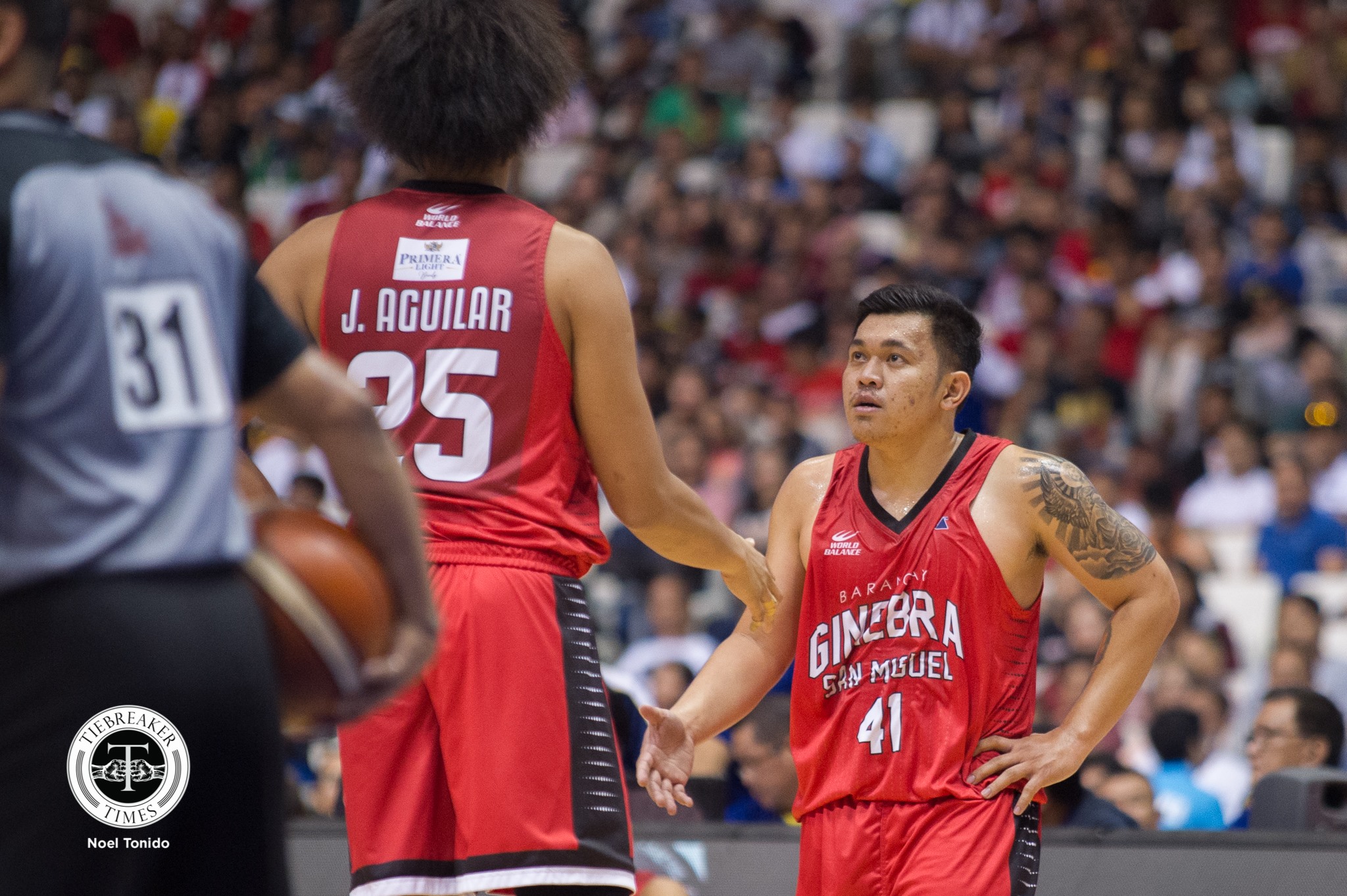 Teytey Teodoro may have not scored big in his Barangay Ginebra San Miguel debut, but head coach Tim Cone still liked what he saw from the former Jose Rizal University standout.

The lefty gunner tallied four points on 2-of-4 shooting in seven minutes of action. And his stats earned him a passing mark in the Gin Kings’ 90-79 dominating win over the retooled TNT Katropa, Sunday night at the Philippine Arena in Bocaue, Bulacan.

For Cone, Teodoro did just enough. The rookie showed his readiness and no-fear mentality amidst the immense pressure of being the newest Ka-Barangay – especially in front of a 23,711 pro-Ginebra crowd.

“I think he’s greatly skilled, I think there’s a presence about him that he plays with. He doesn’t get rattled. Nothing overcomes him. You see that right away,” Cone remarked about the rookie.

Indeed, Teodoro was a man on a mission from his entry at the two-minute mark of the first quarter. He nailed his first shot right away – a pull-up jumper at the stripe that swished the bottom of the net, much to delight of the Gin Kings crowd.

With Teodoro’s tenacity, Cone even went on to compare his newest weapon to the best player he ever had in his career: Johnny Abarrientos.

“He plays with a kind of a Johnny Abarrientos-like type of personality where just, nothing rattles him. He’s prepared for anything and you can throw anything right at him and he’ll be ready,” added Cone, who has also previously compared Teodoro to his former player Willie Miller in terms of skill-set and body build.

“I’m not afraid to play that kid. I really am. He can play in big moments. He just needs to learn a little bit more about our defense and our techniques. He’s an accomplished offensive player. He just gets it.”

Unknown to everybody, Teodoro has long been on the radar of Cone – since he had been still studying and playing for the Jose Rizal University Heavy Bombers, even. 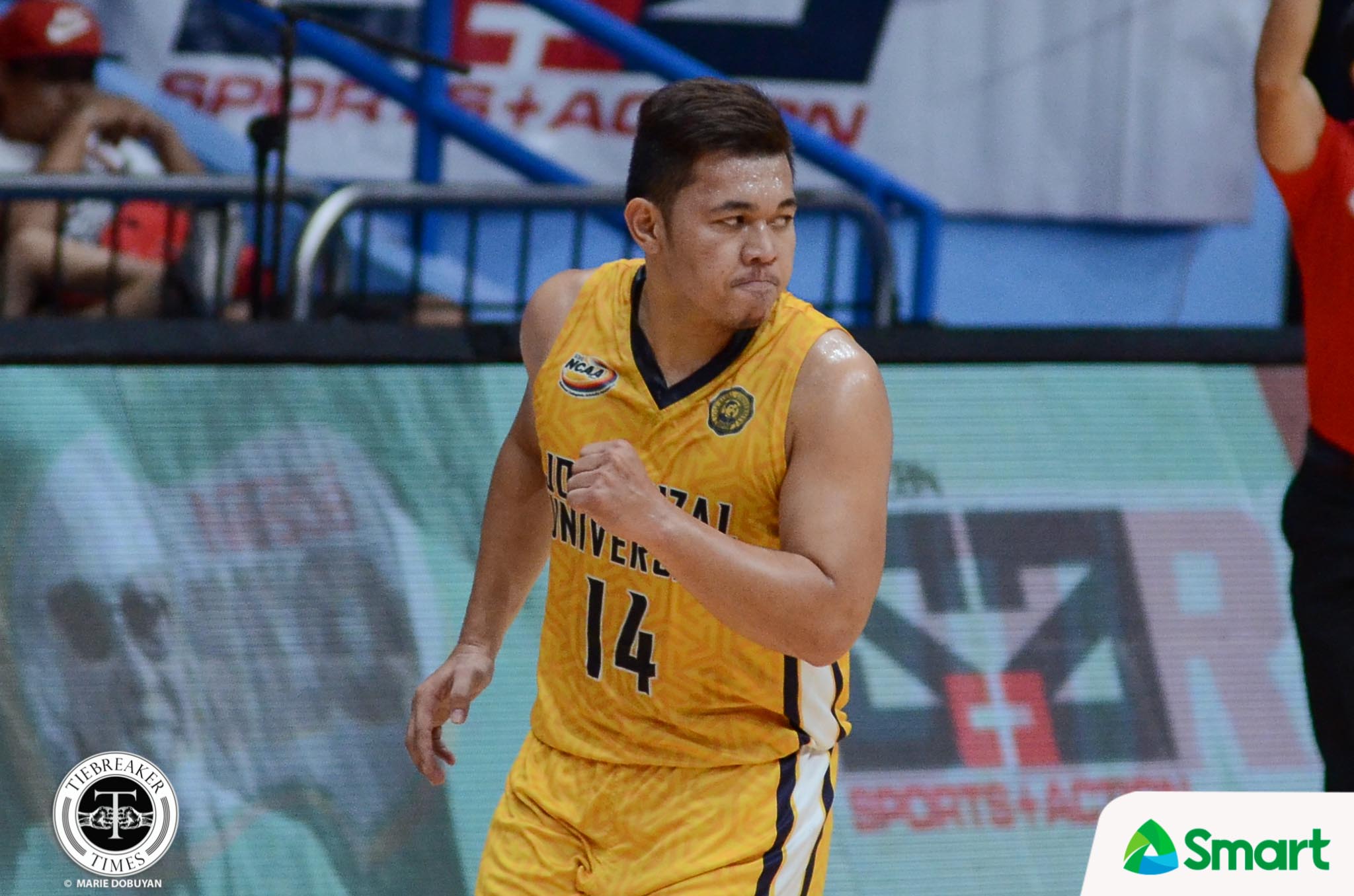 “I’ve been watching him since he was in JRU, and I was impressed.

“I saw him in the MPBL a couple of times, too, where he just dominated. They were running screens for him; he was hitting three point shots, going to the basket,” Cone emphasized.

For Teodoro, he is thankful for Cone’s praise. Still, he reiterated that he still has a lot of work to do in order to fulfill the potential that his mentor sees.

Good thing for Teodoro, his fellow players and the rest of coaching staff are doing a good job of uplifting his morale even as a rookie, which has resulted in his good approach to his anticipated debut.

But more than the words of wisdom from his teammates, it is his longtime admiration of Ginebra that has helped him mesh with the squad–  including the mammoth challenge of meeting the expectations of the millions of Ka-Barangays.

Barangay Ginebra show might over TNT Katropa on opening day