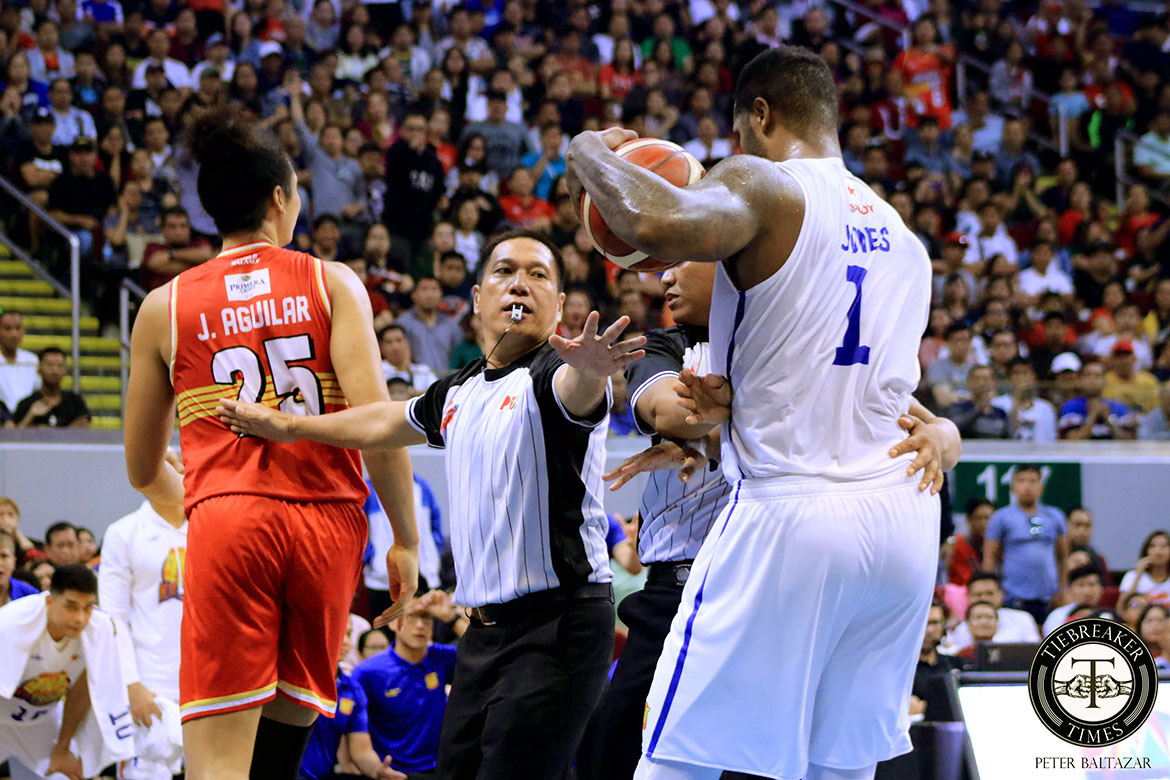 Terrence Jones has had his fair share of heated on-court moments in the PBA, with one involving LA Tenorio.

Back in TNT’s match with the Barangay Ginebra last June 12, the former NBA cager and the diminutive floor general exchanged sweet nothings during the third quarter of the match. The KaTropa eventually won, 104-96.

Then in Game Three of their 2019 PBA Commissioner’s Cup semifinal series on Tuesday, the two were at it again.

Jones and Tenorio figured in a staredown just six minutes into the game. Tenorio had bumped the much bigger Jones while the latter tried to save the ball after he lost it attacking the rim.

Press later asked Jones about the incident. But he downplayed things, saying that there’s nothing personal between them.

“We’re just competing. We’re having playoff basketball mentality. We want both our teams to win.

That incident is the least of Jones’ concerns. For the 6-foot-9 forward, his and TNT’s sights are now locked in on bouncing back, since their bid to sweep the series en route to the Finals has been stalled following their 72-80 loss.

“They came out knowing what was on the line and got a good win,” said Jones, who had 24 points, 18 rebounds, four assists, three steals, and as many blocks in the loss. “We’re just trying to make sure that we win the next game.

“That’s the only thing we’re worried about.”

Justin Brownlee comes alive when Ginebra need him the most