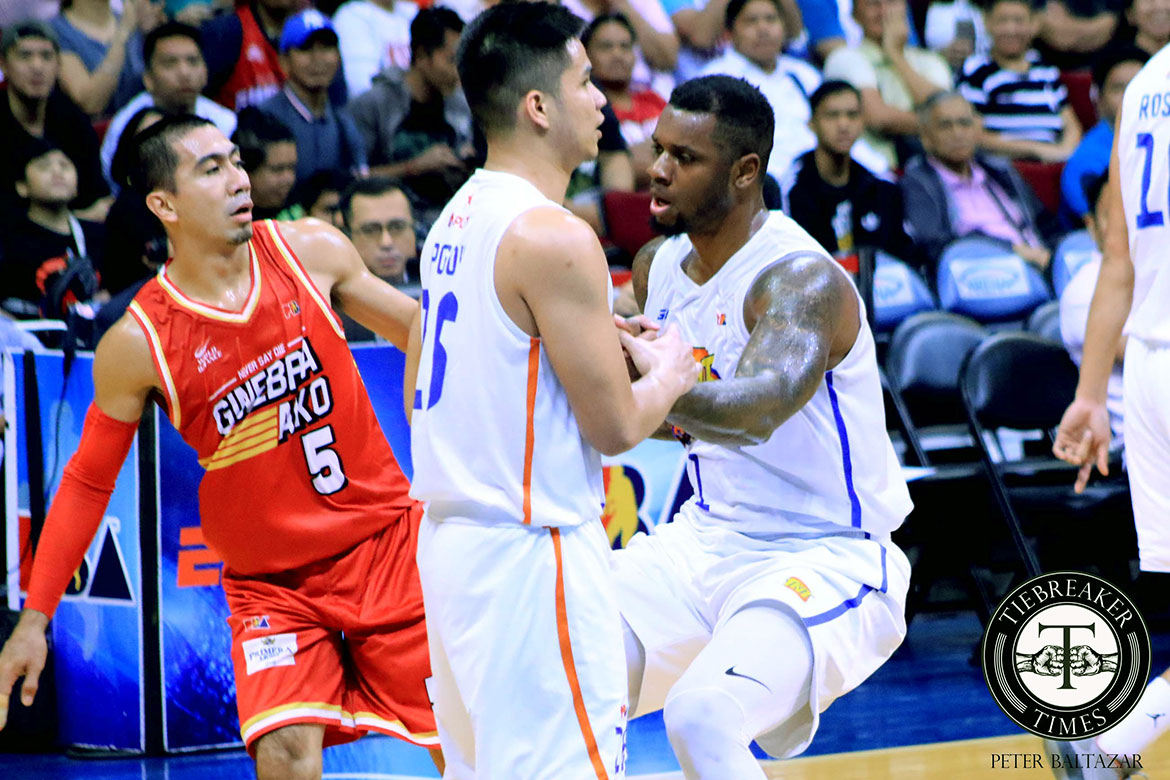 LA Tenorio and Terrence Jones had an apparent staring contest early in Game Three of the 2019 PBA Commissioner’s Cup semifinals between the Barangay Ginebra San Miguel and the TNT KaTropa on Tuesday evening.

The altercation occurred at the 5:55 mark of the opening frame, with TNT up 16-8. Tenorio gave Jones a bit of a nudge to prevent the latter from saving the ball. Jones then lost his handle while trying to attack the defense of Justin Brownlee.

That staredown lasted for a while before the referees stepped in to prevent any untoward incident.

The two also had an incident back in June 13 where they traded hits during the third frame of the game. TNT eventually won, 104-96.

But the veteran floor general quick downplayed the incident, saying that it’s just all part of the game.

“Especially us – our backs are against the wall, so we’ll just do everything para makuha lang namin yung isang panalo.”

The Gin Kings did just that. Thanks to Tenorio – and the efforts of Stanley Pringle and Justin Brownlee down the stretch – the Barangay won, 80-72, to avoid being swept and to keep their title-retention bid very much alive.

“It’s a do-or-die game for us, so lahat ng mga kailangang adjustments gagawin talaga namin to get over the hump, and to have a chance again next game. So eto, may chance na naman kami,” said Tenorio, who had 16 markers.

Mark Dickel rues Game Three officiating: ‘I don’t see why we get double the calls they got’