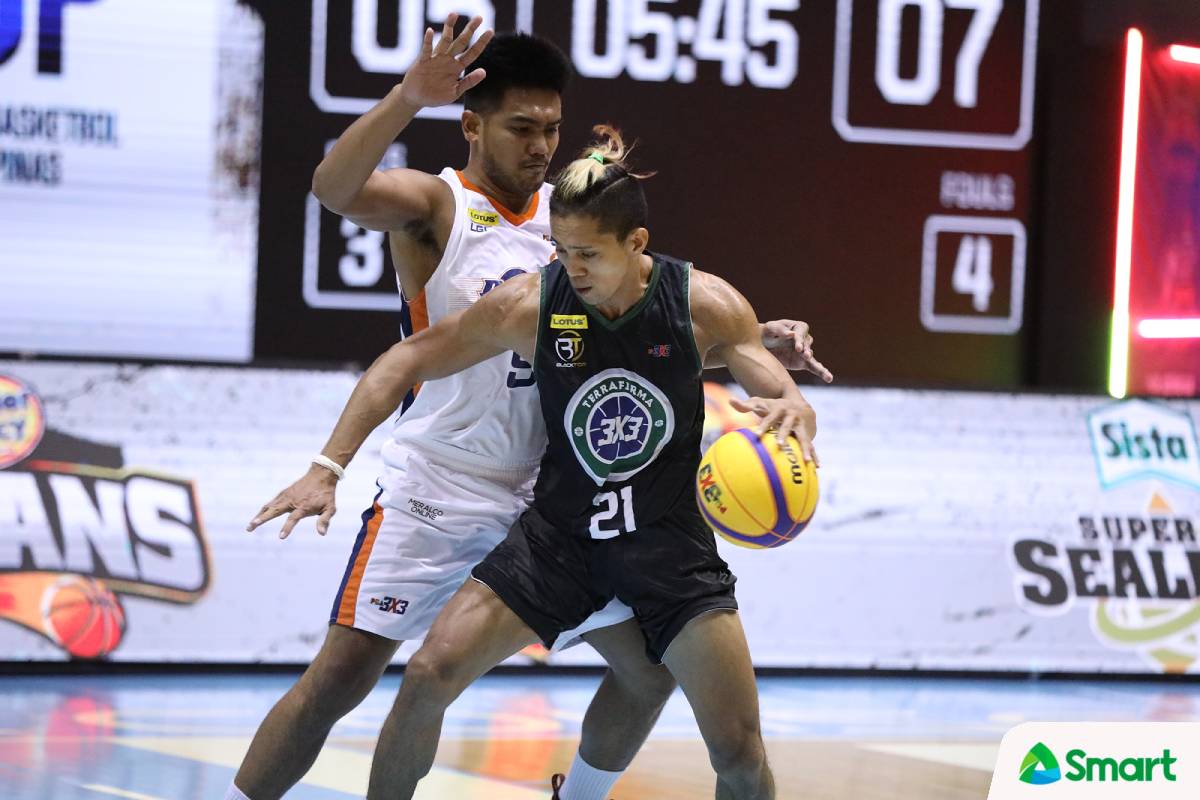 Terrafirma scored a massive upset as it ousted Meralco, 19-15, in the PBA 3×3 First Conference Grand Finals, Wednesday at the SMART Araneta Coliseum.

Matt Salem finished with a game-high 12 points to power the Dyip in the shocker of a win as they knocked off the top seed to reach the semis first.

Dhon Reverente scored the other seven, although Jebb Bulawan and TH Tumalip made significant contributions as well despite being banged up.

Terrafirma was in control almost the entire match, but faced a threat when its foes came within one, 15-16, behind Alfred Batino with 12.7 seconds to go.

But the Bolts’ penalty situation haunted them. And Salem didn’t waste the chances he was given, as he made three of his four freebies to put it away.

Batino and Dexter Maiquez made six points apiece to lead Meralco, who did not have lead man Tonino Gonzaga due to a hamstring injury.

With the loss, the Bolts are the only team among the top four to miss the semis as Platinum Karaoke, Limitless, and TNT all made it.

Two-leg champs Appmasters, on the other hand, beat San Miguel in a heated affair, 21-15. Brandon Ganueles-Rosser led the attack with nine points.

The Tropang Giga, lastly, survived Purefoods with an 18-13 win to complete the Final Four. Almond Vosotros and Samboy de Leon combined for 11 points.

Platinum will face Terrafirma, while Limitless will take on TNT in the semis.