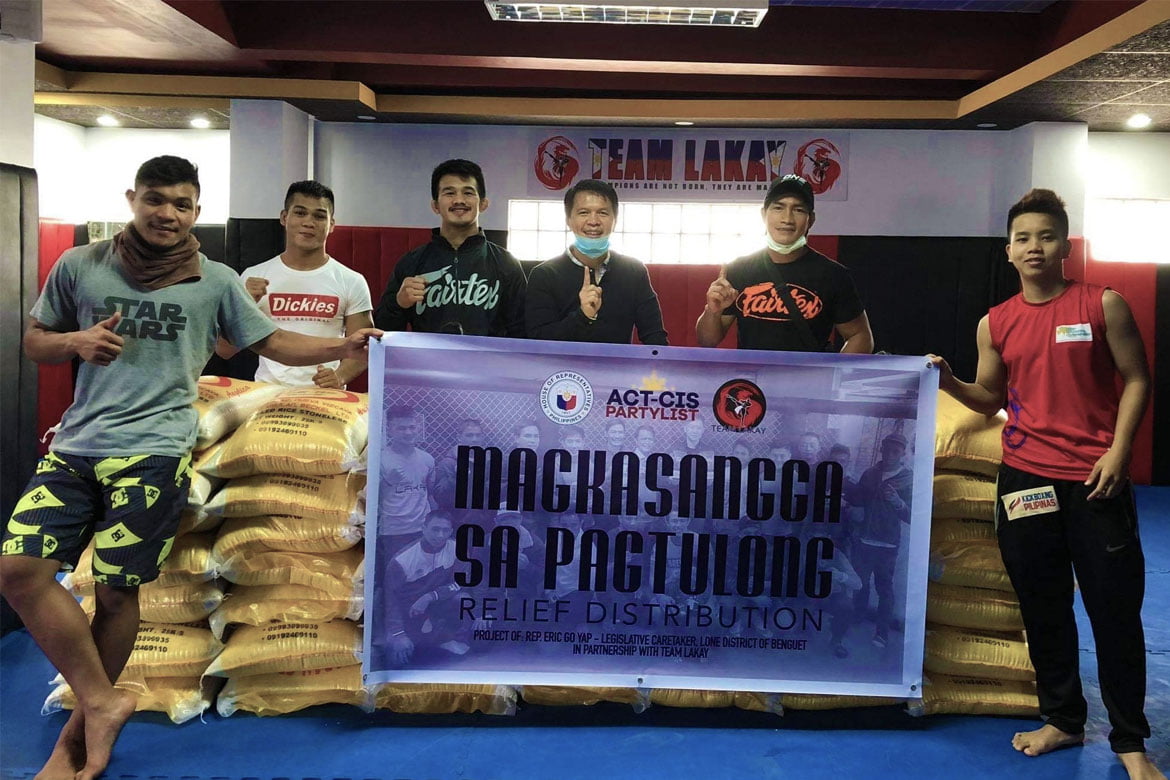 Team Lakay has once again proven that they are not just World Champions inside the ONE Championship Circle, but outside of it too.

After shutting down operations last month because of the COVID-19 pandemic, Team Lakay reopened its doors last Tuesday, April 14 — but not for the usual reasons. 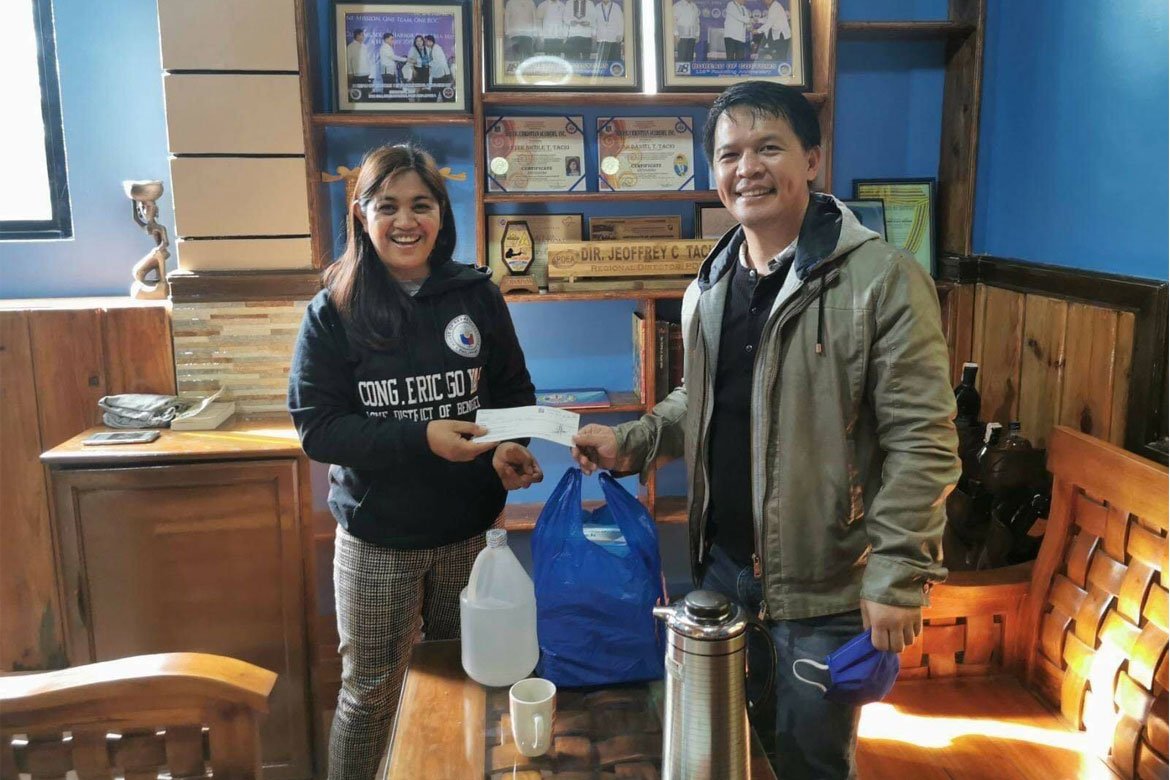 With the help of head coach Mark Sangiao and congressman Eric Yap of the Anti-Crime and Terrorism Community Involvement and Support (ACT-CIS) Partylist, the fabled stable from the highlands repurposed their Lakay Central Gym into a center for distributing relief goods.

They will distribute rice to their gym members and others in need in La Trinidad and Baguio, the stable’s home for nearly two decades.

For Sangiao, it is all about giving back.

“Those that we’ve collected will be going to some of our members who are short right now, while also focusing on other barangays both in La Trinidad and Baguio City,” Sangiao said.

The soft-spoken mentor added that this is just the first wave, and they expect to shell out more in the coming weeks. 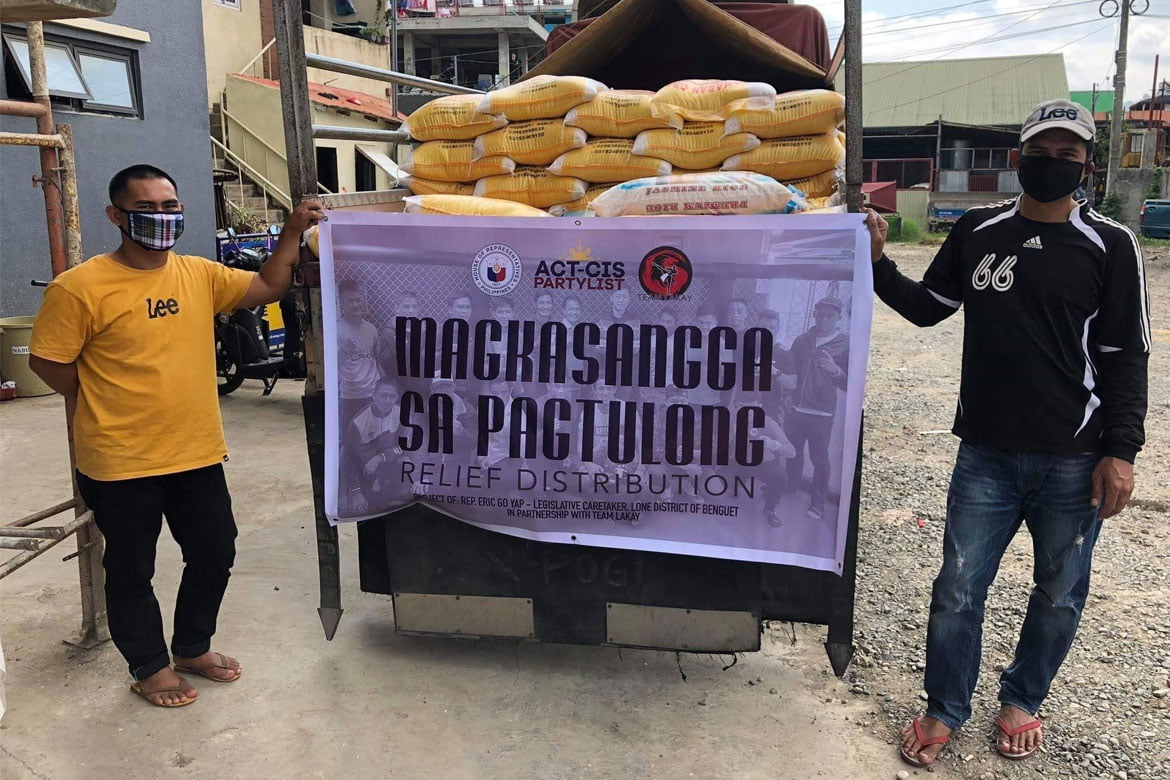 “We’re still collecting from other Team Lakay members who have extra, and then we’ll distribute it next week.”

It is not the first time that Team Lakay acted in times of need.

Back in January, Sangiao stood at the forefront of a program to get fruits and vegetables and fruits to those affected by the Taal Volcano eruption in Batangas City.

Sangiao has also been active on social media, giving out free home workout lessons with his son, Jhanlo.