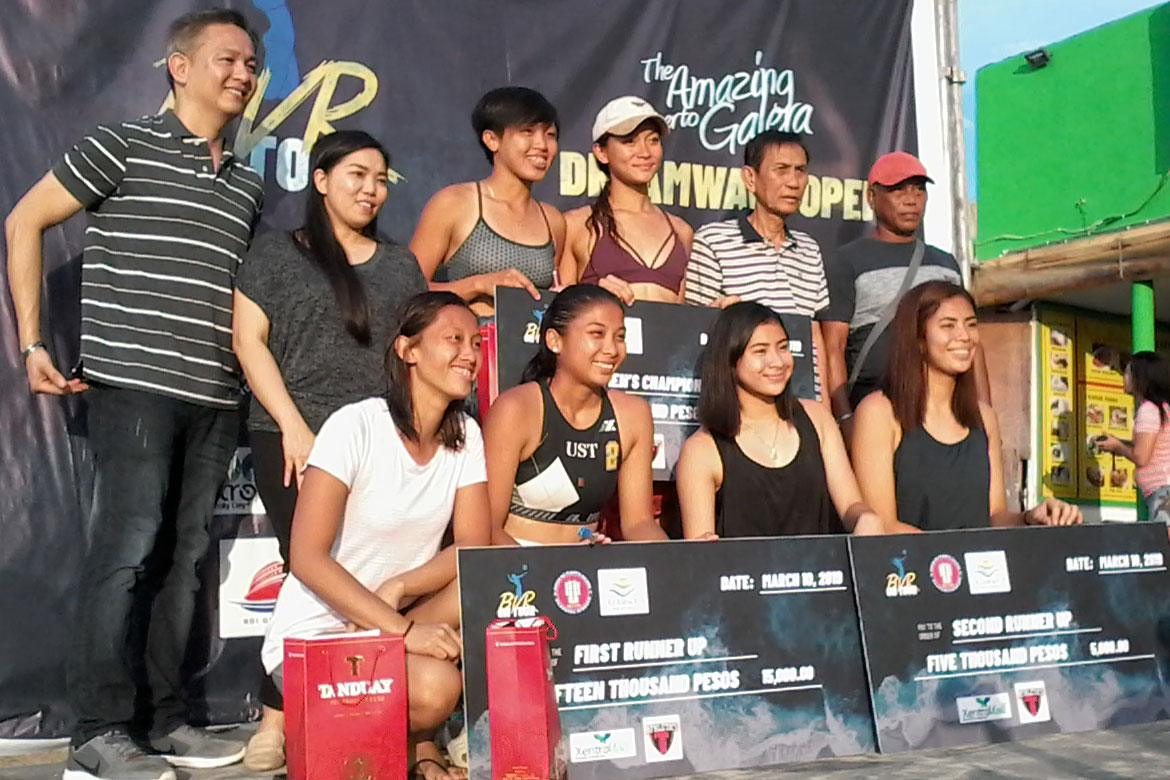 Bea Tan and Dij Rodriguez and Ranran Abdilla and Jessie Lopez copped the women’s and men’s titles in the BVR on Tour Amazing Puerto Galera Dreamwave Open Sunday at the Dreamwave White Beach in Puerto Galera.

Finishing with a 4-0 record, Tan and Rodriguez overpowered Team Dreamwave’s Roma Joy and Roma Mae Doromal, 21-12, 21-13, earlier in the day.

In the final, Tan and Rodriguez were simply scintillating in producing well-placed shots at the net, defense and service to prevail.

Rosales and Ebro, who are members of University of Santo Tomas’ deep beach volleyball pool, topped the Doromal sisters, 21-16, 21-15, to make it to the championship game.

Puerto Galera Mayor Rocky Ilagan has announced his commitment to host another BVR on Tour leg next year as part of the municipality’s sustainability when it comes to sports and environmental tourism.

“Last weekend’s BVR on Tour at Dreamwave Hotel here was an absolute blast! So happy that we will be going back again in 2020! See you next year!,” said Soriano on her Twitter account.

Abdilla and Lopez scored a 21-18, 21-15 victory over Team Dreamwave’s Kevin Juban and Raphy Abanto to arrange a title duel with Guzman and Arbasto.

Play stopped in the second set of the men’s championship match, as Guzman felt discomfort in his body when the Abdilla-Lopez pair was leading, 15-12. The game was eventually resumed, as Guzman tried to put up a valiant fight to no avail.

The second leg of the beach volleyball circuit will be held at Santa Fe, Bantayan Island in Cebu on March 23-24.