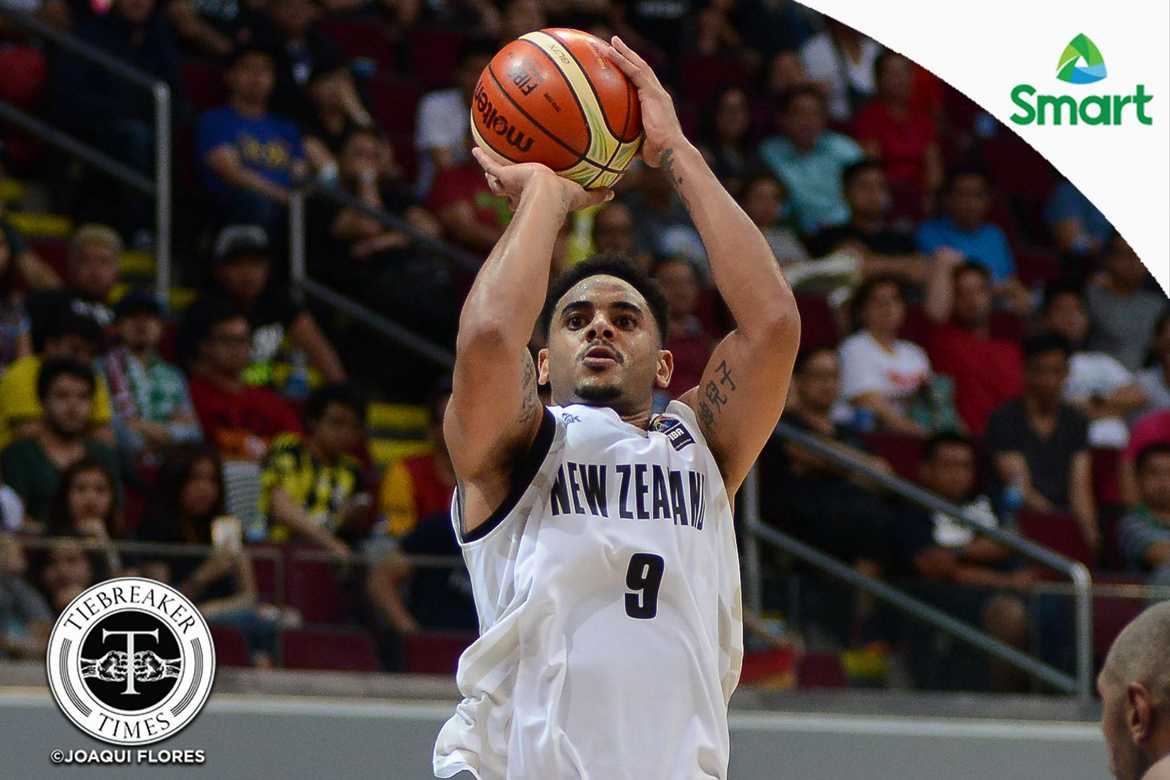 Although New Zealand failed to close out strongly and defeat France, the Tall Blacks remain positive about their chances to advance to the 2016 Rio de Janeiro Olympics in Brazil.

“Yeah, I think there are positives to take out of this game and I think it is the most important thing going into the knockout rounds.”

New Zealand head coach Paul Henare said that after his team’s 66-59 loss to France in the 2016 FIBA Olympic Qualifying Tournament in Manila, Philippines on Thursday.

New Zealand came close to stunning France, leading by as high as 13 points, as the team shot well from long range and controlled the boards.

“For the most part, we played pretty good basketball,” Henare said.

France, however, fought back and outscored the Tall Blacks, 28-11, in the fourth quarter to preserve their perfect slate.

Henare, though, said New Zealand will be quick to move on from the loss to focus on their semifinal battle against Canada.

“We just seemed like, the ball wasn’t going in the hole when it should have. We missed a lot of opportunities. It’s something we will look at but we can’t dwell too much,” Henare said.

“The French team turned up the intensity in that second half. They got rolling. They are a good side. But we will take confidence out of this game knowing we did well against a very good team.”

The Tall Blacks did shoot better from three-point area at 11-for-27 compared to only 3-for-17 from France. New Zealand also did a phenomenal job at the glass, out-rebounding France 47-36, which included a 20-8 edge on offensive rebounds.

“I think for the first half, we played some good basketball. We held them to a low score. It was really from our own mistakes which caused us the game. We played tough for the most part. We competed with a great team. Hopefully we will be seeing them again,” added Corey Webster, who led New Zealand with 21 points.

France, though, capitalized on New Zealand’s 18 turnovers, which they turned into 21 points. The bench stepped up for France, scoring 32 points compared to only 13 for New Zealand.

Mickael Gelabale led the team with 11 points on 4-for-7 shooting, while Boris Diaw and Kim Tillie added 10 points apiece.

Still, New Zealand are upbeat about their chances, given that they have pushed a world no. 5 team to the limit.

“There is no point on dwelling in missed opportunities. All we can do is move forward and take what we can from this game, hopefully we can learn from it,” Henare said.

“It’s a tough game for us. We felt our mistakes caused us the game. But we know we can play a lot better. A lot of work to do for the semifinals. We will be ready,” Webster added.