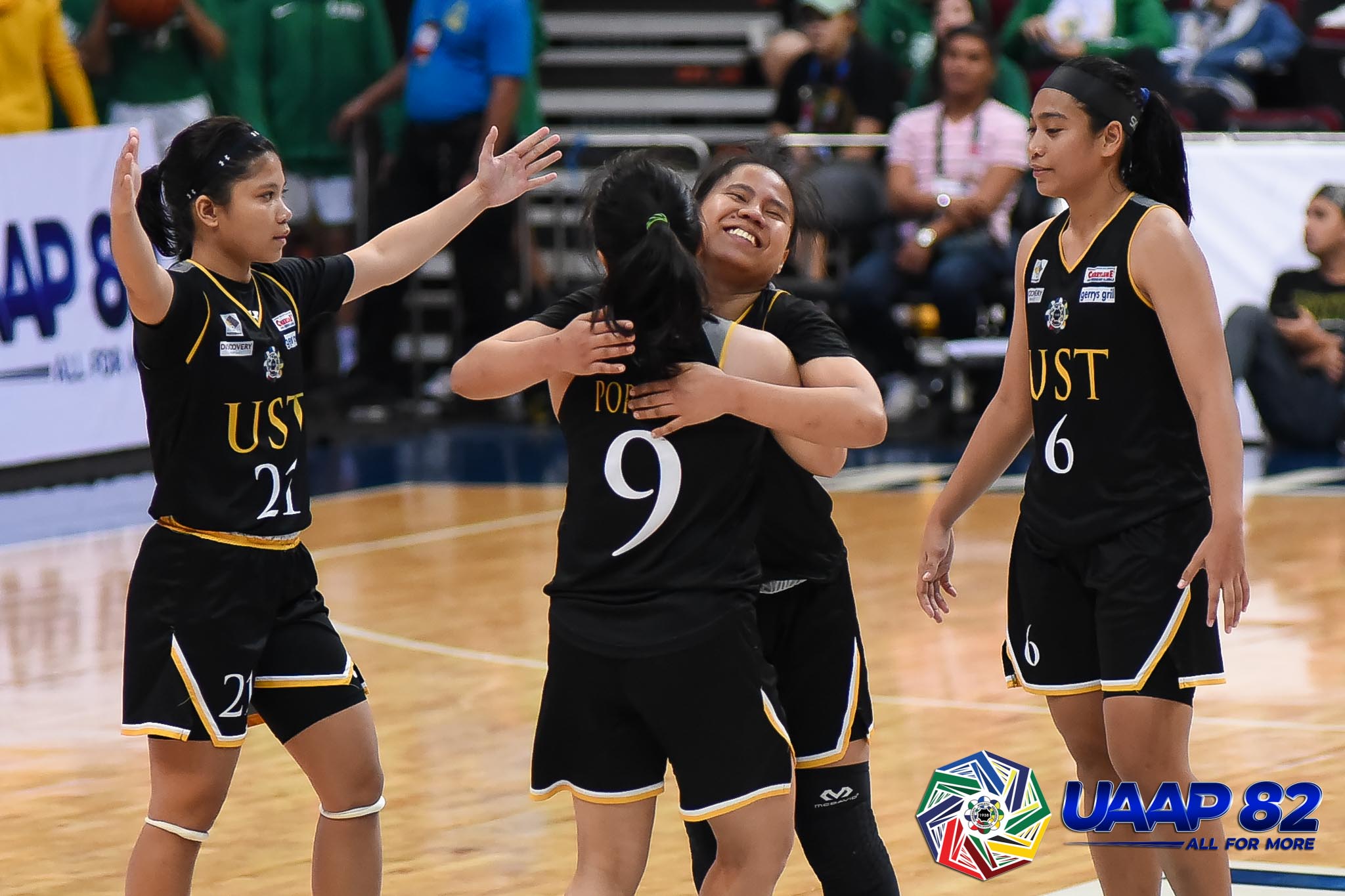 Tacky Tacatac guided University of Santo Tomas to a big 71-67 victory over Far Eastern University, to grab its sixth straight win in the UAAP Season 82 Women’s Basketball Tournament, Sunday at the SM Mall of Asia Arena.

The second year guard delivered 11 of her 22 points in the fourth quarter alongside six rebounds and two blocks for the Golden Tigresses, as they avoided an 18-point meltdown and fended off a late rally from the Lady Tamaraws.

“Si Tacky, I’m waiting for her breakout game. In the first round, I told her to take more shots, walang confidence. But now that she’s back, I hope tuloy-tuloy na,” said coach Haydee Ong.

Tacatac’s contributions are a welcome respite for UST, which has been in dire need of support for last season’s MVP Grace Irebu.

The Congolese center notched 21 points, 14 rebounds, five steals, and a block, as the Growling Tigresses rose to 8-2 in the standings.

“This is a very important win. We’re two games ahead of them now, and we’re just happy that we got the win,” said Ong.

The Lady Tamaraws sunk to a 6-4 card, falling to a tie with Adamson for third place.

Choy Bahuyan also tallied a double-double of 14 points and 12 rebounds in the defeat.

Victolero not surprised that Reavis, 43, can keep up with PBA bubble demands

Fully Alive, Champions For Life After Ateneo challenged the entire UAAP community to find its ‘more’ during Season 82, La Salle will face the...