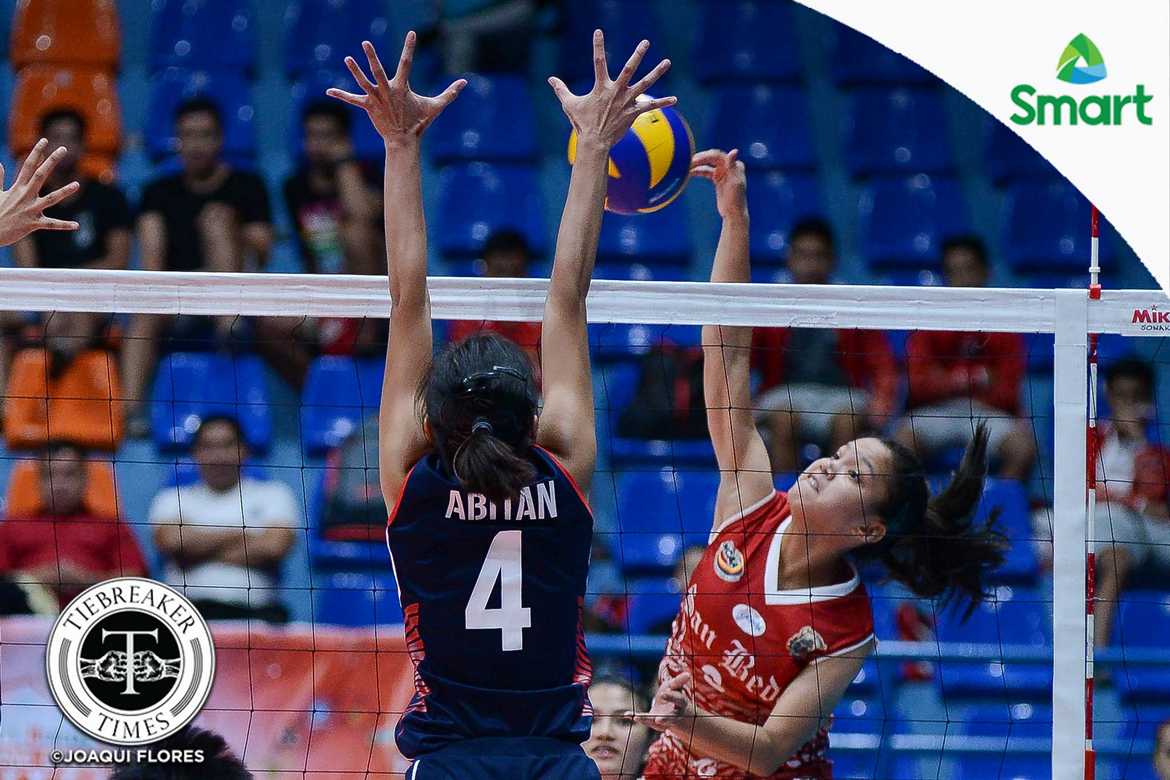 After their second setback of the season against the Arellano Lady Chiefs, the San Beda College Lady Red Spikers vented their ire on rivals Colegio de San Juan de Letran Lady Knights in straight sets, 25-18, 25-14, 25-17, and solidified its hold of that fourth spot, Wednesday afternoon at the FilOil Flying V Centre.

The Lady Knights took the initiative in the early part of the first set and led at 16-13, forcing San Beda coach Nemesio Gavino to call for time.

After that time out, it was cruise control for the Mendiola-based squad who finished the frame with a 12-2 run.

From there, San Beda carried the momentum and closed out the next two sets. Letran tried to come back in the third, but even a soft block of Red Spikers’ Criselle Amador could not be returned back, sealing the win for the red-shirts.

The Lady Red Spikers (5-2) will test their mettle against reigning champions CSB Lady Blazers (5-1) on January 5 next year. On the other hand, the Letran Lady Knights (0-6) will try to clinch their first win at the expense of fellow winless Mapua Lady Cardinals (0-6) later that day.