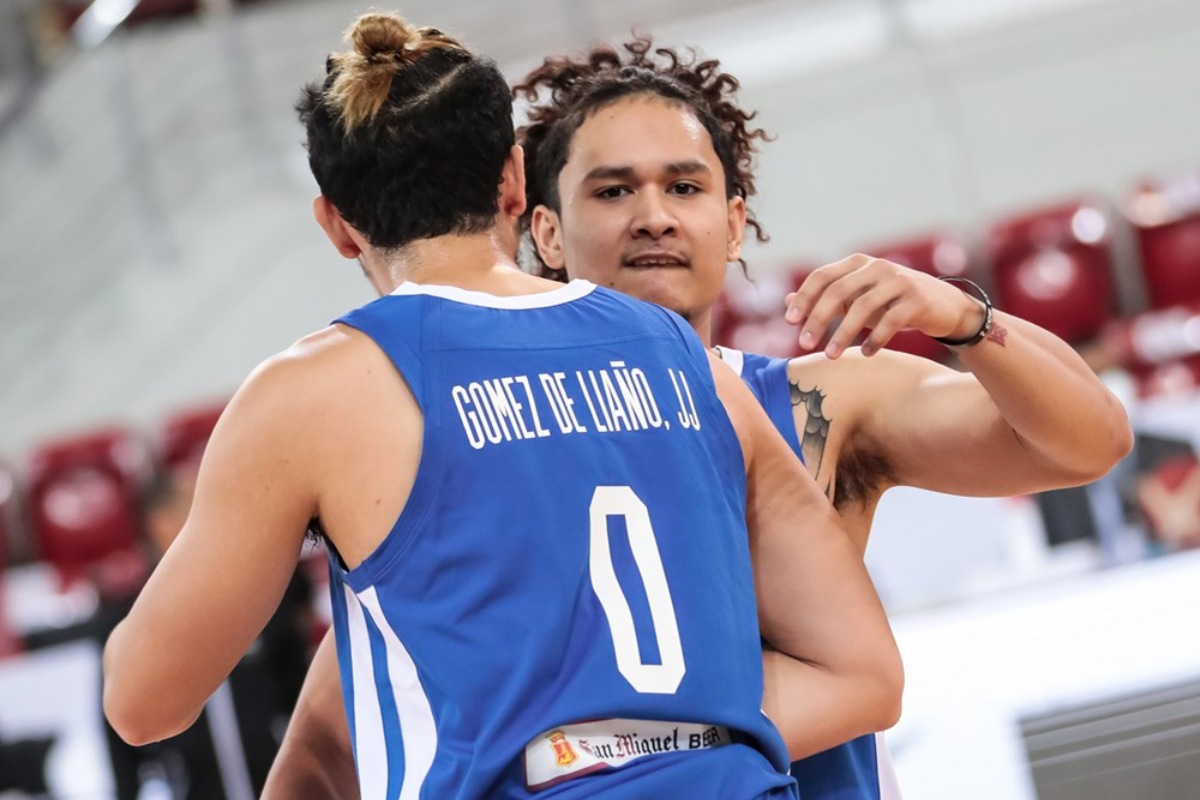 So when Batang Gilas had tryouts, the two brothers from University of the Philippines Integrated School would always join.

Yes, despite cut after cut, their will to serve the country never wavered.

“We were both cut from the under-18 national team about four years ago, and that kept us motivated,” recalled Juan.

For the next few years, the two continued to work on what they thought was lacking in their game that resulted in their cut.

“We work out every day together — kaming four brothers with Joe and Jordi. We all work and stay ready when an opportunity comes,” shared Javi.

Juan would eventually enter Gilas Men’s, making it to the final 12 of the Philippine team that faced Indonesia in the first window of the 2021 FIBA Asia Cup Qualifiers last February.

Javi, however, would absorb another cut.

But in the second window of the Qualifiers, the brothers made sure that they will no one would be left behind.

“We were excited and had high hopes coming into the [Calamba] bubble,” said Juan, who is a year younger than Javi.

“It’s been a long-awaited dream for Javi and me to finally have this chance to fight and represent our country together.”

Come November 27 and 30, the two finally realized their dreams as both Juan and Javi were in the Final 12 of Gilas’ lineup versus Thailand.

#ReadMore  Phoenix looks to close out as TNT tries to extend

Moreover, the two were pivotal in Gilas’ two-game sweep of Thailand that carried the Philippines to the top of Pool A.

Juan could not help but feel proud of Javi, who — despite the disappointment after every cut — always made sure to cheer him.

“It’s been truly an honor and a blessing for us to be given this opportunity. It also has been a great overall experience for both of us, being able to understand the game even more and just learn so much from coach Tab [Baldwin] and the rest of the coaching staff,” said Juan.

“I’m just really proud of Javi, he worked his way up. He deserves it, and he’s just getting started.”

For his part, Javi simply feels honored to fight for the country alongside Juan.

“I feel blessed for being given this opportunity of a lifetime.”

Juan has one qualm with fans calling them the Philippine version of the Splash Brothers, though.

“Swish bros. We’ve been working on our craft, just trying to get better everyday.”