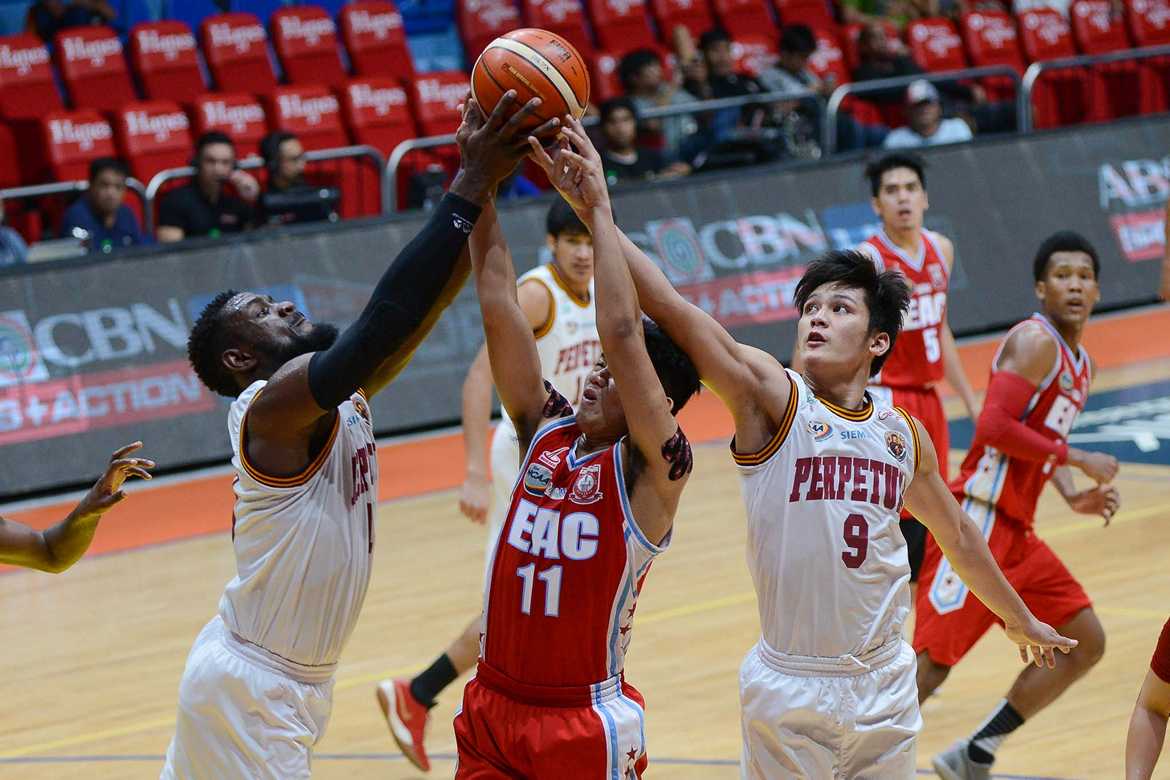 The Emilio Aguinaldo College Generals were able to keep pace with the University of Perpetual Help System DALTA Altas for the majority of the game. However, Gab Dagangon, Bright Akhuetie, and the Altas decided to turn up the volume late in the game, as Perpetual lambasted the Generals, 71-59, for their sixth straight win in the NCAA Season 92 Seniors Basketball tournament.

Daryl Singontiko added a career-high 17 markers, while Bright Akhuetie notched another double-double with 13 points and 13 rebounds.

“I mean I had a good game but the outcome we want is a win,” transferee Singontiko said about his career-high. “It doesn’t matter if I get zero points as long as we get the win.”

Hamadou Laminou, who had 15 points and 12 rebounds in the game, opened the quarter with four straight points to cut the 11-point lead of Perpetual into a solitary point, 48-49.

With the Generals breathing down their necks, the Altas went on a 9-1 rally to shift the momentum to their side once more. The rally was sparked by a highlight step-back, fall-away three by Gab Dagangon, who led all scorers with 18 points while grabbing eight rebounds.

19-year-old Nigerian student-athlete Akhuetie, having been limited by Laminou for the most part of the game, woke up from his slumber as he attempted numerous facials on the EAC frontline.

The first came with 2:40 left in the game, and saw Akhuetie drive from the baseline and attempt a one-handed flush against Laminou. Fortunately, Singotiko was there to clean the mess up and give Perpetual a 10 point edge, 63-53.

“Sayang talaga. I wanted to go hard,” Akhuetie lamented. “The best way to do that was to go hard on the dunk. That’s what I had in mind.”

The NCAA All-Star MVP made up for it at the other end, swatting away two EAC attempts, while on the other end, he knocked down his first triple of the season. He was not done though, as he tried to posterize Sidney Onwubere with 57.9 ticks remaining.

“I was just trying to bring myself back since I fell asleep for most of the game. I kind of lost my head though,” Akhuetie furthered.

For head coach Jimwell Gican, he admitted that the long break had had its pros and cons for the team. In addition, they need to keep focused in this final stretch for their goal of making the Final Four.

Onwubere led EAC with 16 points but was just 4-of-13 from the field. His teammates also struggled all throughout, shooting just 22-for-61 from the field. The Altas also out-rebounded the Generals 50 to 37.

READ  Rene Catalan will not back down vs Pacio, Team Lakay: 'I'm ready'

Sunang to make most out of final run