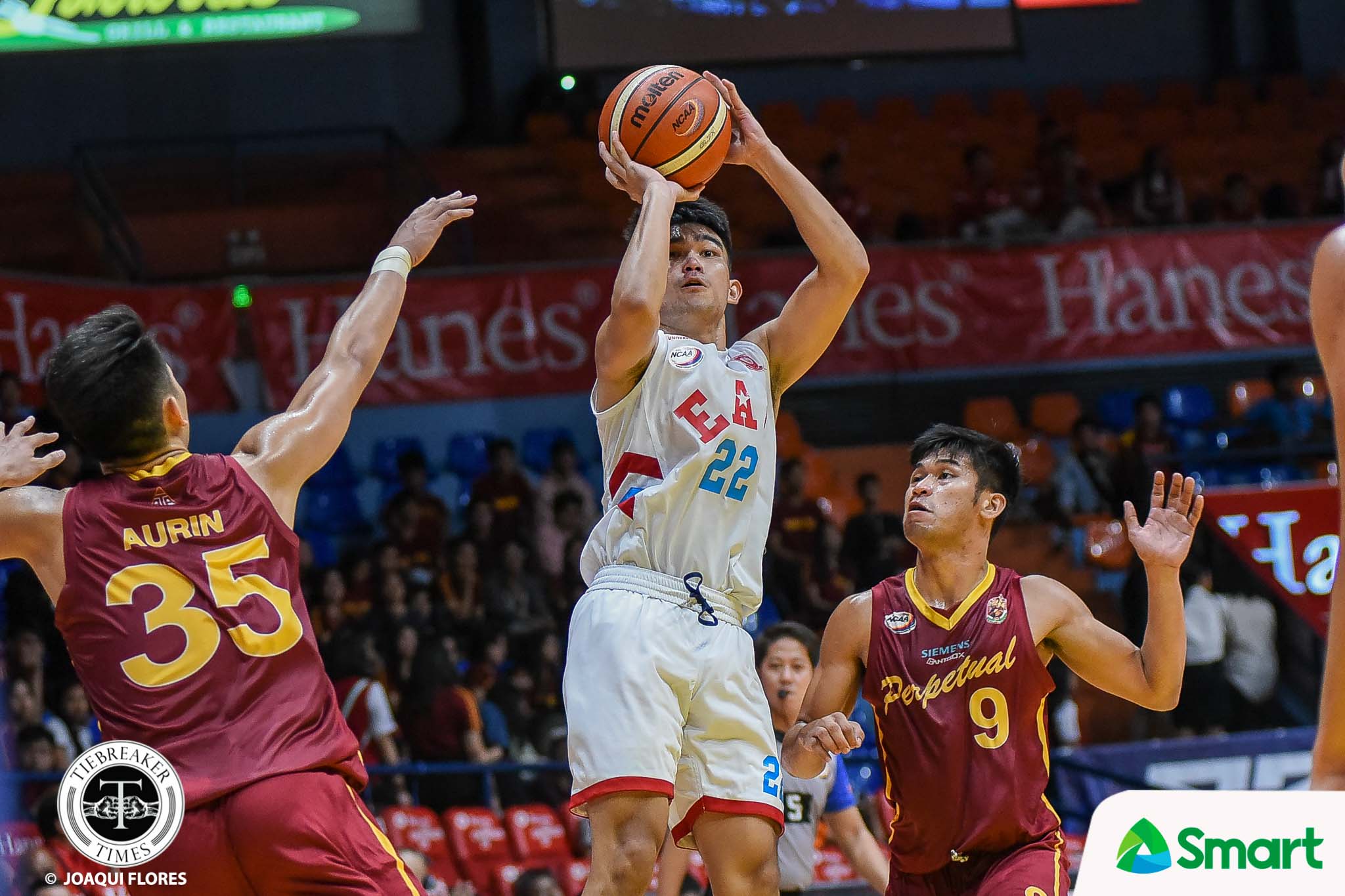 The Generals kept their playoff hopes alive in the NCAA Season 95 Seniors Basketball Tournament, raising their slate to 3-11. The Altas, on the other hand, dropped to 3-10.

“Actually, I told them the reason why we won against Baste was that we stuck on our game plan. We cannot win by talent and skill alone. We have to stay with the team concept,” said first-year Generals head coach Oliver Bunyi.

And it’s all thanks to the rally started by Jethro Mendoza.

Mendoza had 22 points built on five triples to go along with three rebounds, two assists, and a steal.

“Ang objective na lang namin is to get better every day, every practice. What we’re looking for is to have improvement,” said Bunyi.

Perpetual led by as much as 14 points in the contest.

EAC look to make it three in a row when it faces the Lyceum Pirates on Friday, October 4 while Perpetual faces the Benilde Blazers on the same day.