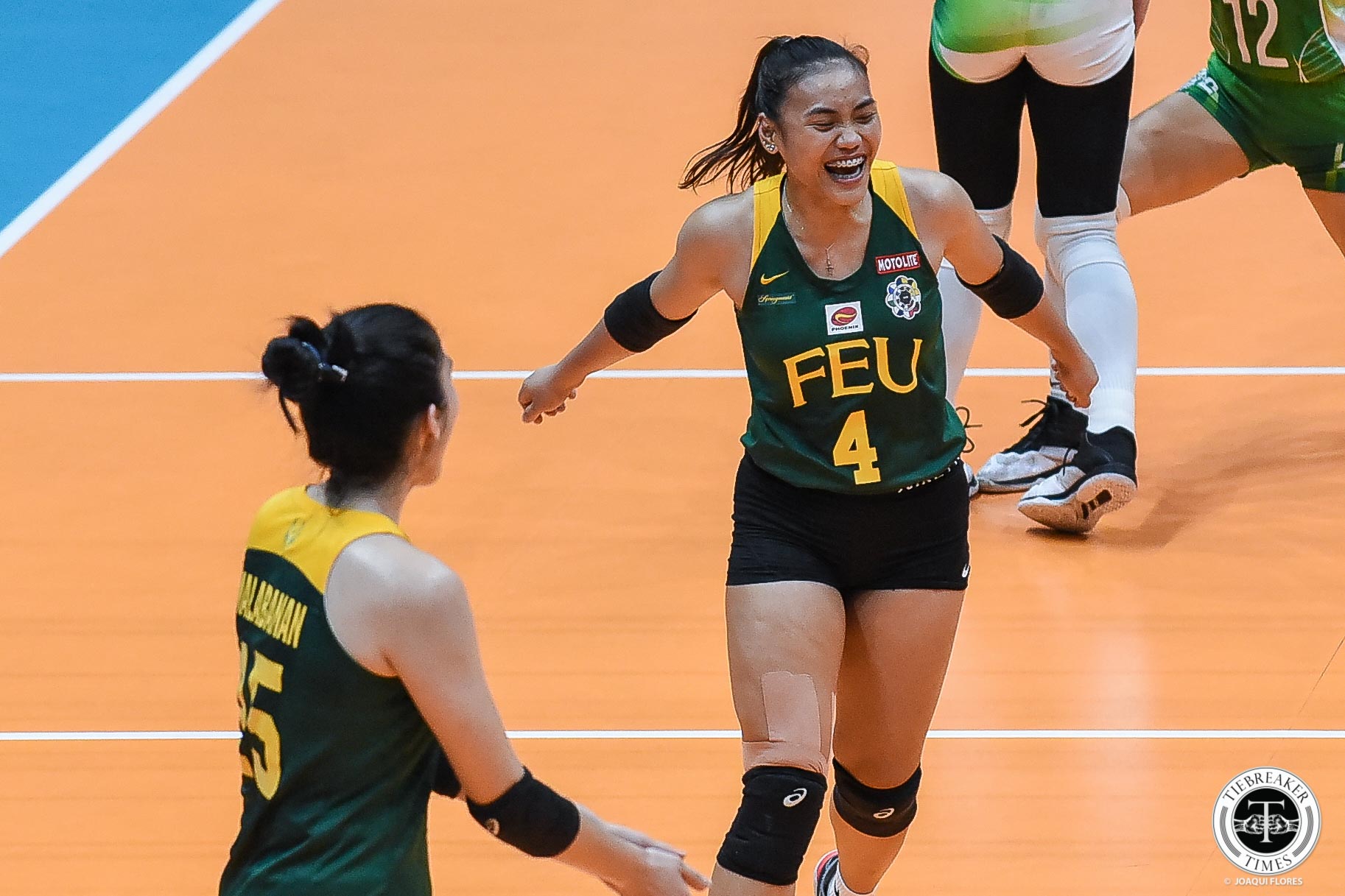 Regardless of this match’s outcome, FEU would have faced twice-to-beat top seeds Ateneo De Manila University Lady Eagles. They finished the round with a 9-5 record.

On the other hand, La Salle fell to a 10-4 record, tied for the second seed with the UST Golden Tigresses. They play for the twice-to-beat advantage on Wednesday.

A back-and-forth first set ended with FEU getting their last two points from Jolina Dela Cruz errors. Shaking off her poor start, Dela Cruz then powered La Salle’s offense in the next two sets, scoring 13 points between both frames. The Lady Spikers took commanding leads in each set and got the inside track on FEU for the win.

The fourth set was a tight affair, with FEU cobbling together a 17-12 advantage thanks to heads-up plays in long rallies. La Salle slowly caught up, until errors from Aduke Ogunsanya and Lourdes Clemente allowed FEU to extend the match.

An error-prone La Salle side found themselves in a 2-6 hole in the decider. The Lady Spikers continued to struggle with errors, ending the match with five giveaways in the fifth set and the loss.

The Lady Tamaraws earned their first win over La Salle since the Season 78 Final Four.