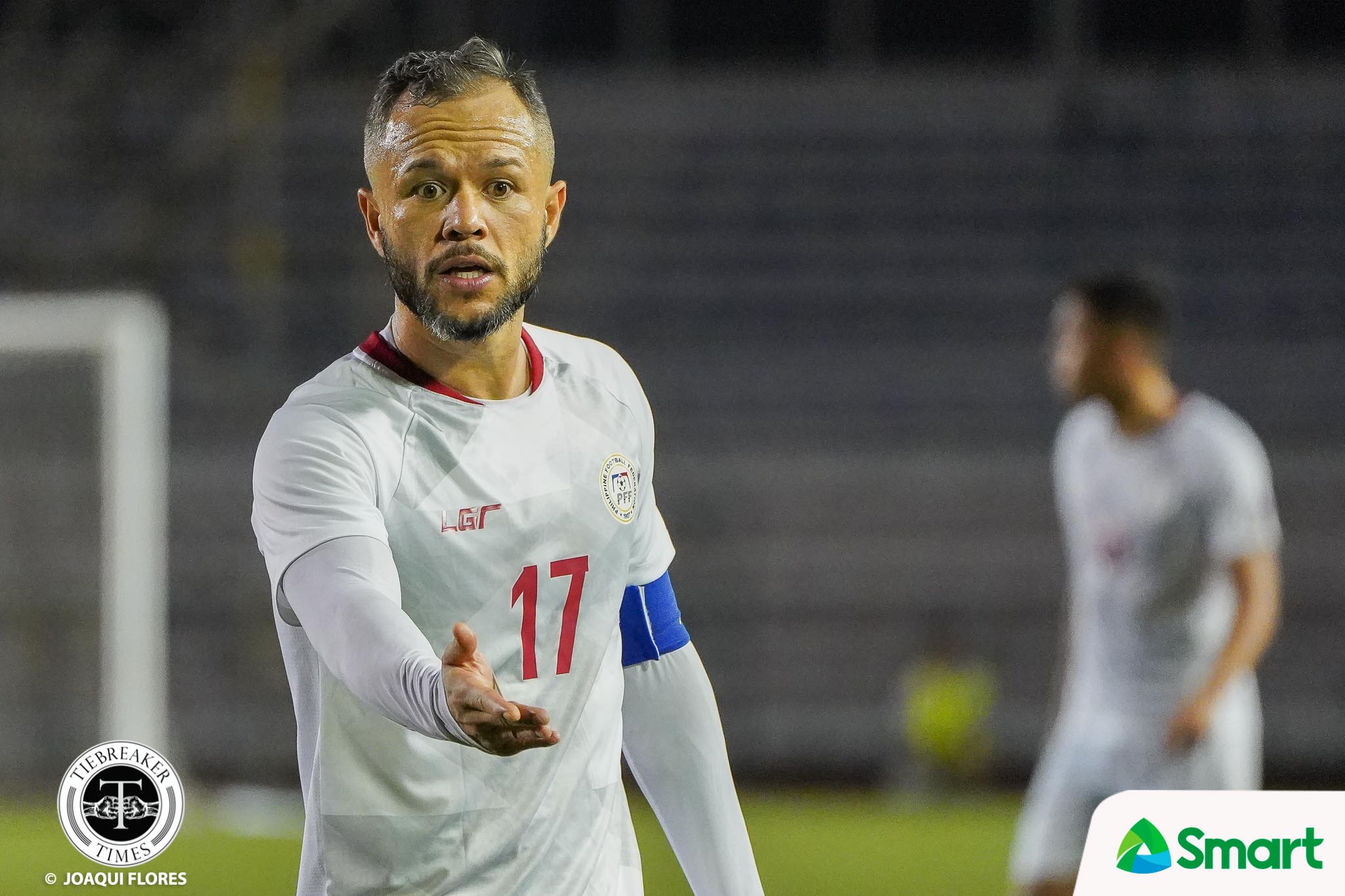 After the Philippine Under-22 National Men’s Football Team succumbed to Myanmar in their second game of the Men’s Football Tournament of the 2019 SEA Games, skipper Stephan Schrock made it a point to rally the troops.

He also made it a point to lead by example.

A doubt before the match because of a virus that had him vomiting during the day, the Filipino-German midfielder soldiered on. He eventually scored the lone goal in the Azkals 1-0 win over Malaysia last Saturday, at the historic Rizal Memorial Stadium.

It was an impressive response from Schrock considering his circumstances, and his inspiration was his spouse and how she lives live every single day. Her example even pushed him more to go the extra mile as one of the veterans in the squad.

“I thought of my wife. She’s working all year, she’s taking so many sacrifices for me,” explained the Ceres-Negros star.

“She never puts out — she cannot because she has two kids. And these are all my kids in the U-22, so I’m very happy that I could help them today.”

As a player under duress, Schrock demonstrated that he is not one to cower under any circumstance that may force a player of lesser mental strength to give up and surrender.

It was as if he embodied the fighting spirit of the Azkals fans, who took strength from the 6,500 fans in attendance and ensured that the Philippines got the support it needed to pull through. 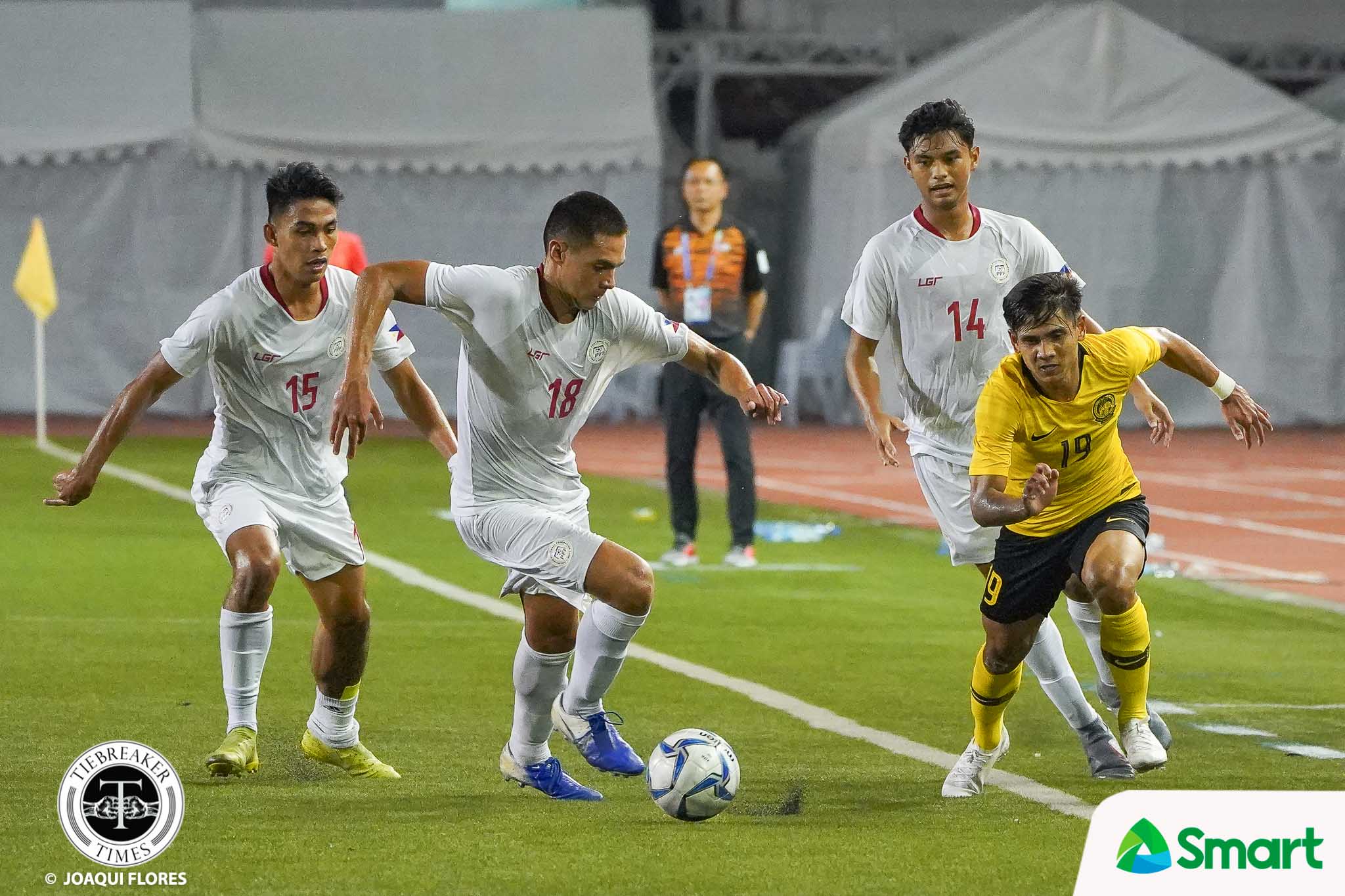 “(The crowd) was amazing. It was probably the best crowd I’ve seen since 2012 when I played… It’s a good crowd. We are very grateful for everyone showing up on a Friday, and we’re very, very happy, and I hope they enjoyed,” said the 33-year-old.

The victory was also a tangible sign of the growth of the Philippines in the SEA Games. As a team, they were more assured defensively, and a little more killer instinct at the opposite end of the pitch could have yielded more goals for home side.

“They better respond good. They do respond good. I have to praise them really. They do follow their orders. They try their best… In four days, five days, they took major steps in their game. We can be very, very happy with our Under-22 (squad),” said the 5-foot-7 standout.

The Azkals’ win over Malaysia resurrected their hopes of a first semi-finals appearance since 1991. Since there are other factors that need to their way in order for them to attain it, Schrock knows that he and his teammates have to fight in order to manifest destiny.

“I told them that we either sit in the corner and cry, or we just face adversity and embrace it and get the three points tonight, and another three points against Timor Leste.”