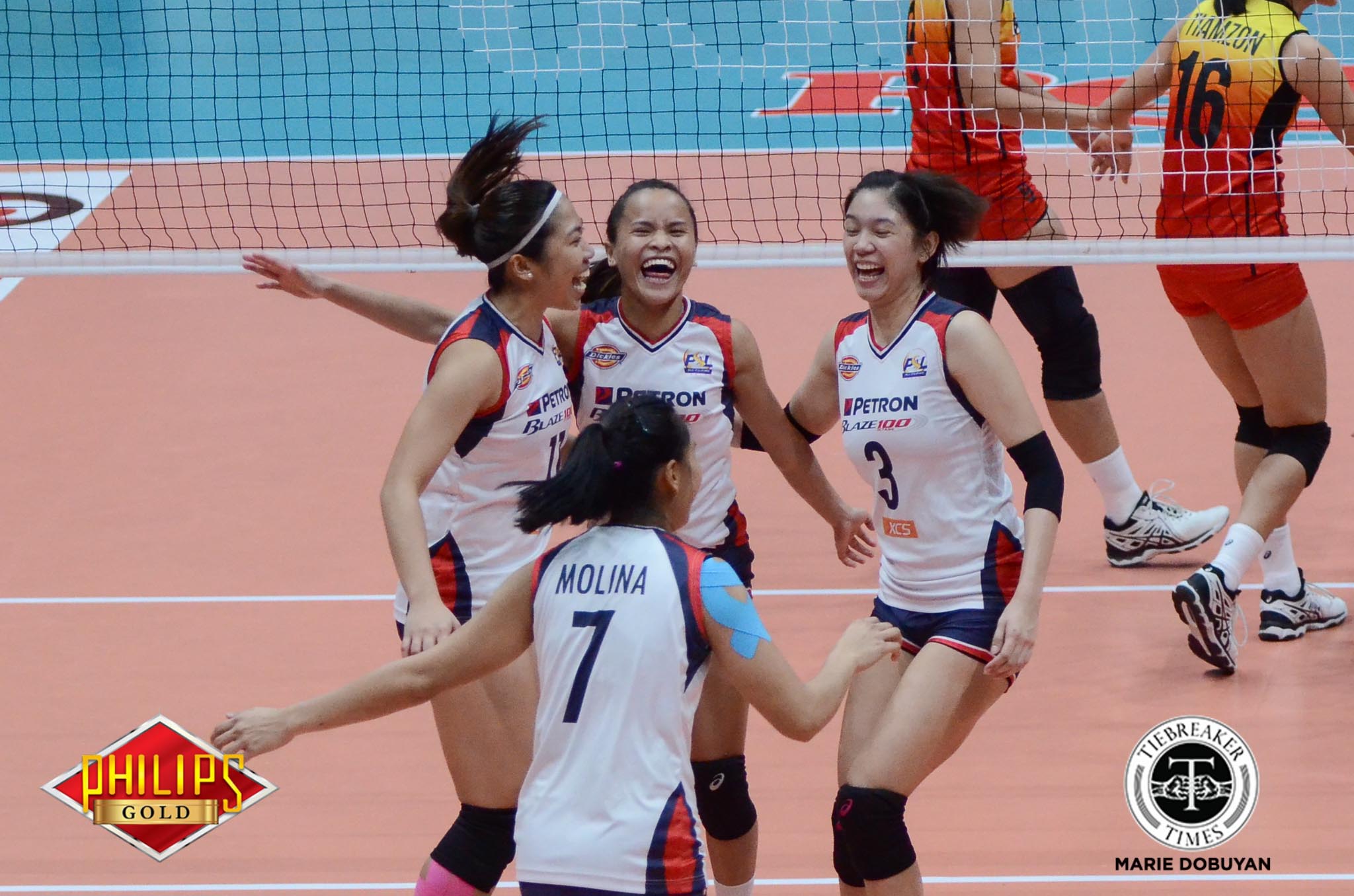 Slumped over on one of the hallways of the FilOil Flying V Centre, a sweat-soaked Rondina basked in her second indoor championship experience.

“Sobrang saya lang. Walang ibang feeling,” Rondina yelled when asked about the state of euphoria she was in.

Minutes before she was celebrating, the 20-year-old open spiker was thrown right into the thick of the biggest game of the season.

Petron needed to win the fourth set of Game Two of the PSL Finals after blowing the last two sets and allowing the F2 Logistics Cargo Movers to get their hopes up for a Game Three.

The Blaze Spikers, however, were in a rut. Their offense and had stalled and gave the defending champs room to tie the match at 18. That was when Petron head coach Shaq Delos Santos called Sisi Rondina’s number. In a flash, the UST standout scored four consecutive points and pushed Petron to the lead, 22-18, and keyed their run to a fifth set.

This had been Rondina’s role on Petron the entire conference: Come off the bench when the Blaze Spikers struggle to score. Other players of her caliber would have wilted on the bench and scoffed at not being a starter.

But not Rondina, who pumped out a team-high 16 points in the title-clinching win. Known for her boundless on-court energy, Rondina was Petron’s catalyst.

She was not Petron’s fuel. She was more of their emergency Nitrous can.

Adding a second club title to her trophy case filled with beach volleyball accomplishments, Rondina relished the thought of making her family back in Cebu proud.

Describing her role on the team, Rondina revealed she never had qualms about her reduced playing time.

Everything about the championship experience felt new for Rondina. Instead of sand, she had confetti draped all over her. Instead of fighting through intense heat exhaustion and having to individually carry a pair, Rondina fought through emotions and corporate pressure with a whole team behind her.

Still with years left in her career, Rondina can finally call herself a champion.