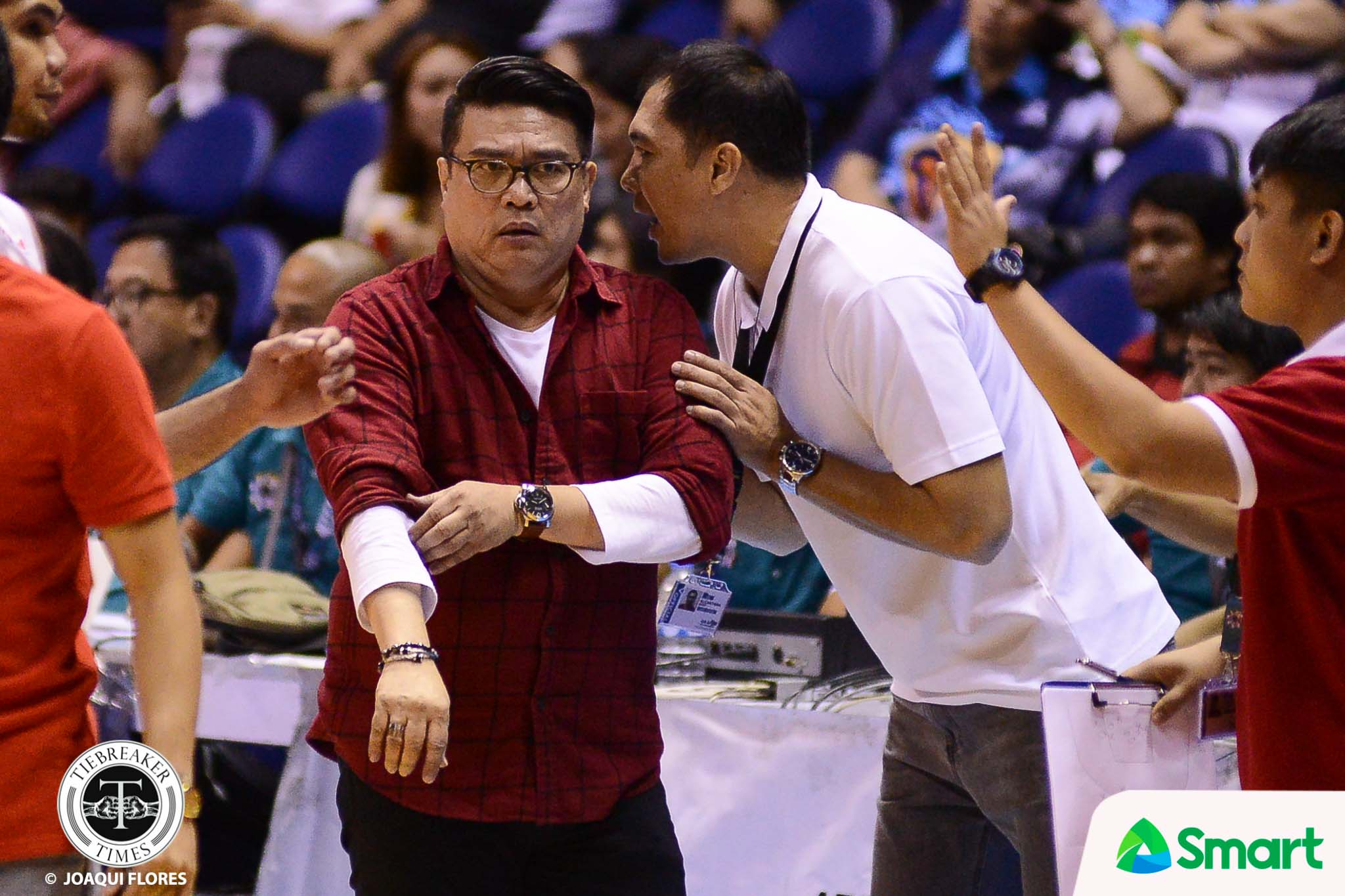 Derrick Pumaren has resigned from his post as University of the East Red Warriors head coach, multiple sources have confirmed to Tiebreaker Times.

Pumaren, a UE alumnus, was tapped by his alma mater back in April of 2014, taking over from Boysie Zamar.

In his four-year stay, he compiled a 21-35 record, never making it to the Final Four.

His best campaign came during his first season with UE, where they finished with a 9-5 record. The Red Warriors fell to eventual champions NU Bulldogs in a knockout game for fourth.

He was the longest-tenured coach in the league prior to this. The title now belongs to La Salle’s Aldin Ayo at one year and 357 days.

His departure will leave a lingering effect for the UE faithful in the upcoming days. According to another source closely monitoring the situation, Alvin Pasaol is pondering leaving UE as well, having developed a son-father relationship with Pumaren. The 21-year-old still has two years of eligibility remaining and is planning to throw his name in the D-League draft.