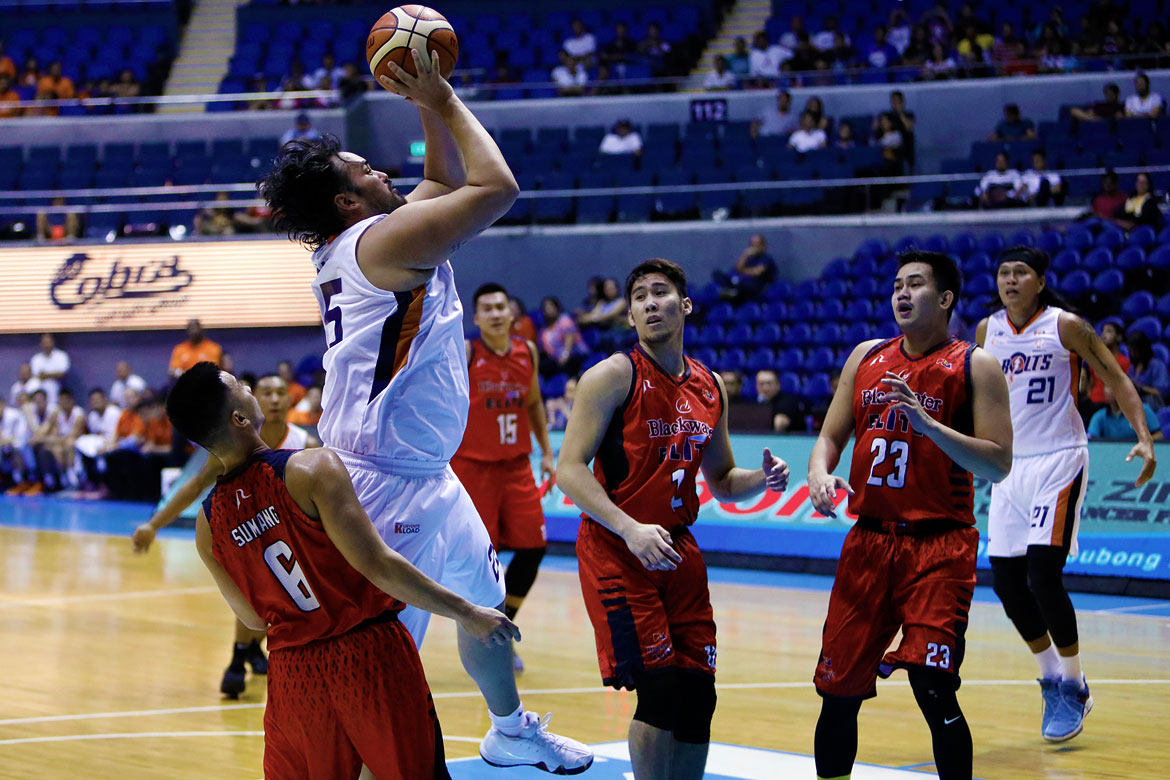 Though he has been hardly used in the Meralco Bolts’ rotation, Ken Bono showed what he can bring to the table on Friday evening.

The stocky forward-center strapped the Bolts on his back in the final frame, scoring 10 points that saw him nail mid-range jumpers with ease.

According to the league’s chief statistician Fidel Mangonon, the 10 points Bono had Friday was his first time to score this season and his highest output in four seasons.

Unfortunately, all his efforts went down the drain.

The Bolts blew a 10-point lead early in the fourth, and they failed to stay composed heading into the homestretch, paving the way for the Blackwater Elite to sneak past with a 94-91 win.

The loss was tougher to swallow because sent the Orangemen to their fourth straight loss. After Friday, Meralco has now gone deeper at the team standings with a dismal 1-4 record

Still, Friday was an impressive showing by the 11-year veteran, as if he was telling everybody that he still has the touch. For him, though, it was just a result of his readiness whenever called.