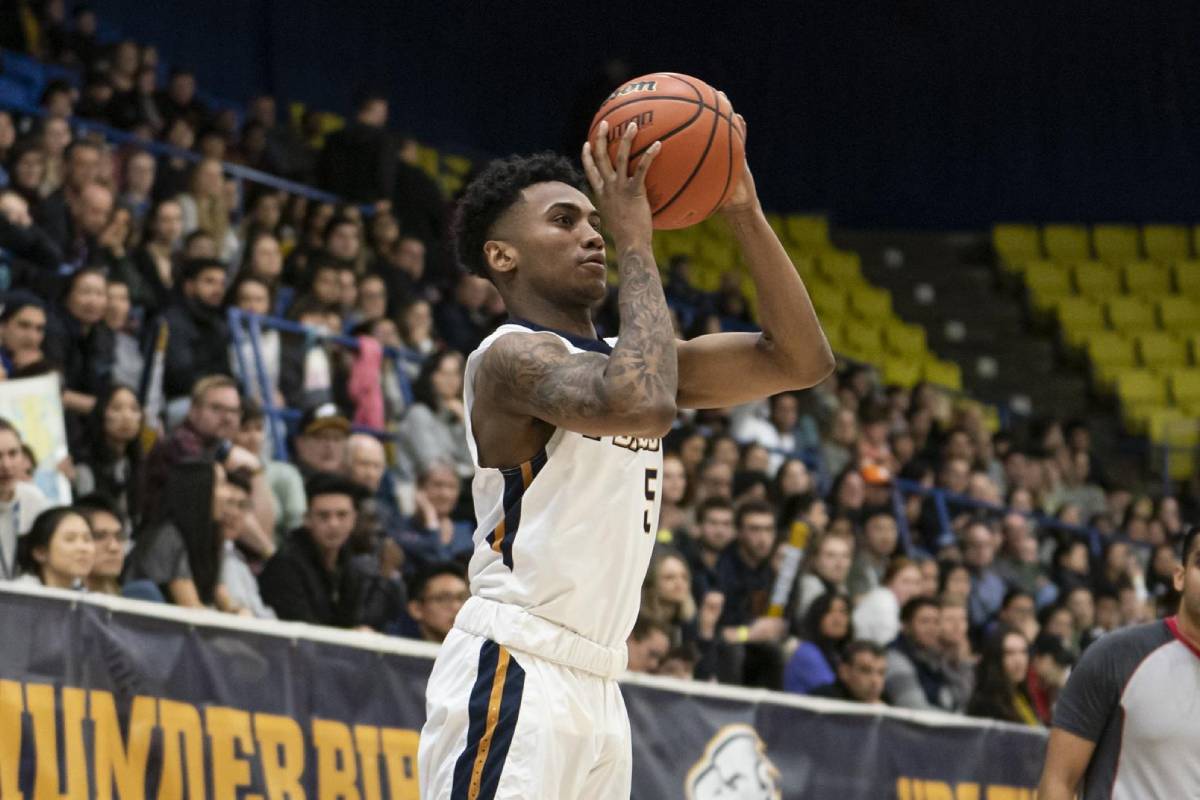 For the first time in eight years, the majority of the 97 applicants will not have the D-League for PBA coaches to notice them.

Luckily for one of the 31 Fil-foreign prospects, he was able to face a Philippine-based club team two years ago.

Filipino-Canadian guard Taylor Browne previously took on Mighty Sports during the 2019 Jones Cup. During that game, where University of British Columbia bowed to Mighty Sports 87-116, the 6-foot-2 sniper scintillated. He went 7-of-11 for downtown for 25 points.

And he made sure to produce that much against Mighty Sports.

“I think the idea of playing in the D-League first is good. It will be a challenge for a guy like me now. But I was able to play against a Philippine team during Jones Cup two years ago,” Browne, who turned 24 last January 30, recalled to Tiebreaker Times.

“I really wanted to deliver during that game and I was fortunate to be able to do so.”

Browne, whose mother Pamela was born and raised in Laguna, was also a solid contributor during his stay at UBC.

Starting off as a spot-up shooter during his freshman year, Browne was able to turn himself into an all-around player. During his senior year, he normed 6.7 points on 36-percent shooting from downtown with 3.2 rebounds.

More importantly for him, UBC won the U Sports league title during that year.

“Overall, it was good kasi I enjoyed the ups and downs. UBC helped me both on and off the court,” said Browne, who almost went to San Beda College but ultimately decided to enter UBC back in 2015.

Joining the PBA Draft this year though was something he did not expect.

Browne should have played out his fifth and final year, but the coronavirus (COVID-19) pandemic changed his plans. But unlike the rest of the Fil-for applicants of this class, his papers have been ready.

“The way it happened was I was able to play my fifth year, but I was able to finish all my units in December. Then Miguel [Olfato, agent] called me if I was interested in the PBA and to keep that idea open. In the end, it was perfect timing. My mom always said to get my degree first before playing in the PBA,” beamed Browne.

“My tito also told me years ago to get my Philippine passport before I turned 18 so that I can play in the PBA.”

When asked who he looks up to in the PBA, he mentioned several inspirations.

“I watched the entire PBA bubble season – like all the games and, of course, Gilas. I watched guys like Kiefer Ravena and, of course, Matthew Wright, he’s also Canadian. Also Calvin Abueva and Paul Lee.”

Currently, Browne is in Manila. And he hopes to stay here for the long haul.