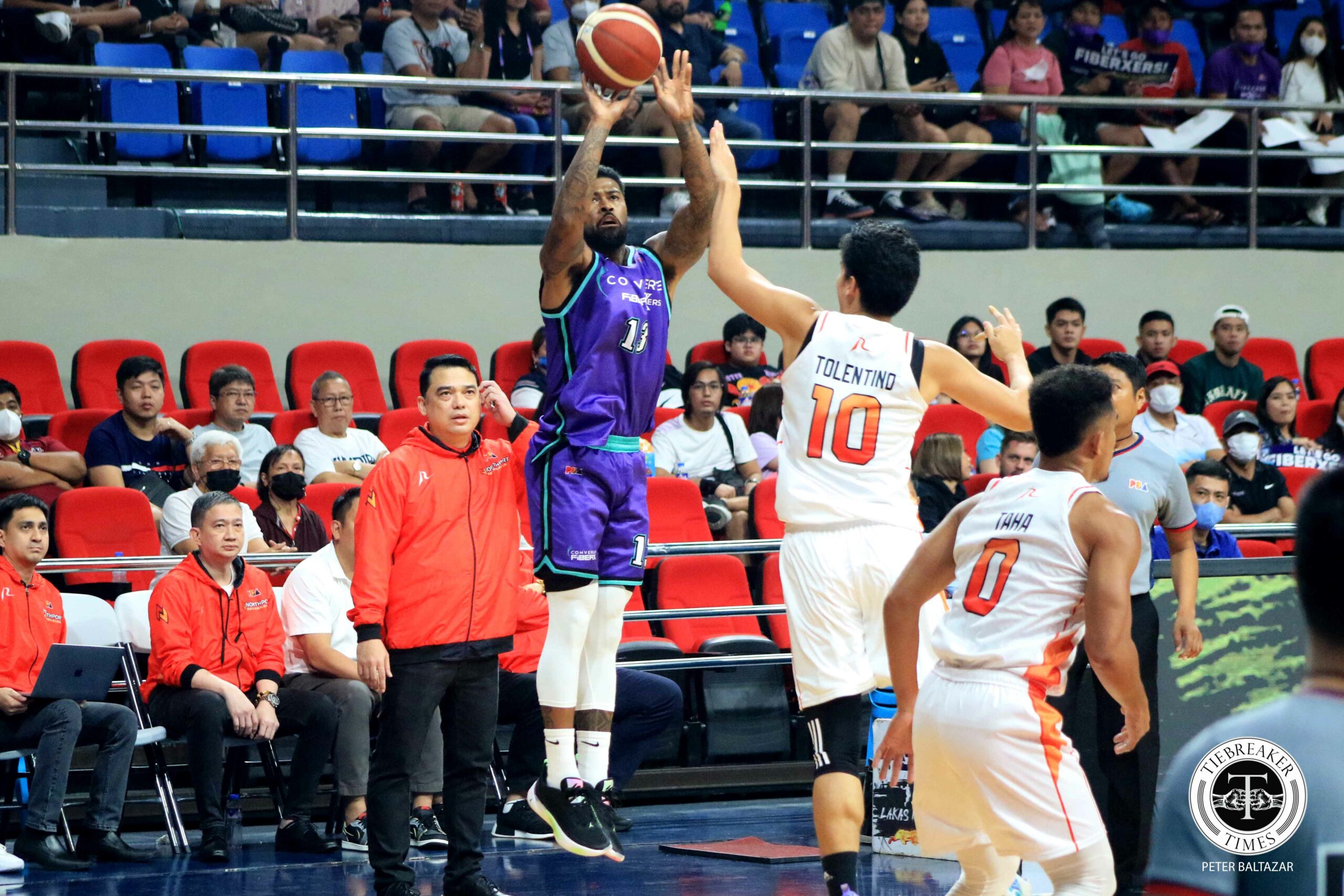 Converge made it a debut to forget for Bonnie Tan after dealing NorthPort one of its worst losses in team history, 122-92, for a successful start to the 2023 PBA Governors’ Cup, Sunday night at the Philsports Arena in Pasig.

Much of the attention was on the champion college mentor in his first test in the pro ranks albeit interim, but the FiberXers grabbed the headlines instead by registering their largest win yet in their young existence in the league.

Maverick Ahanmisi starred in the victory with 29 points, 11 of which he made in the second period alone to preside over their 40-point explosion to establish a 66-46 lead at the break, setting up the one-sided affair in their favor.

It was the seasoned combo guard’s highest output in a Converge uniform, a solid performance that also saw him shoot 70.6-percent from the field and fill the stat sheet with nine assists, six rebounds, a steal, and a block.

“I credit that to the med staff and obviously the coaches for giving me that time to rest, also. They do a good job with healing my injuries and getting me strong to come back and play,” said Ahanmisi as he has just healed from an injury.

#ReadMore  With Racal out, Jeff Cariaso relieved Ahanmisi has arrived in PBA Bubble

That kind of balanced attack was big thanks to their 27 assists, which also led to a 51.1-percent shooting clip from the floor — including 16 three-pointers.

“But, kung wala, we’re going to execute our schemes. We’re just going to look for the best shot available,” the youthful mentor added.

Converge will take on Terrafirma next on Thursday, 4:30 p.m., in the same venue, hoping of course to keep their winning ways.

NorthPort, meanwhile, was led by the 37 points and 12 rebounds of Marcus Weathers in the third-worst defeat in franchise history.