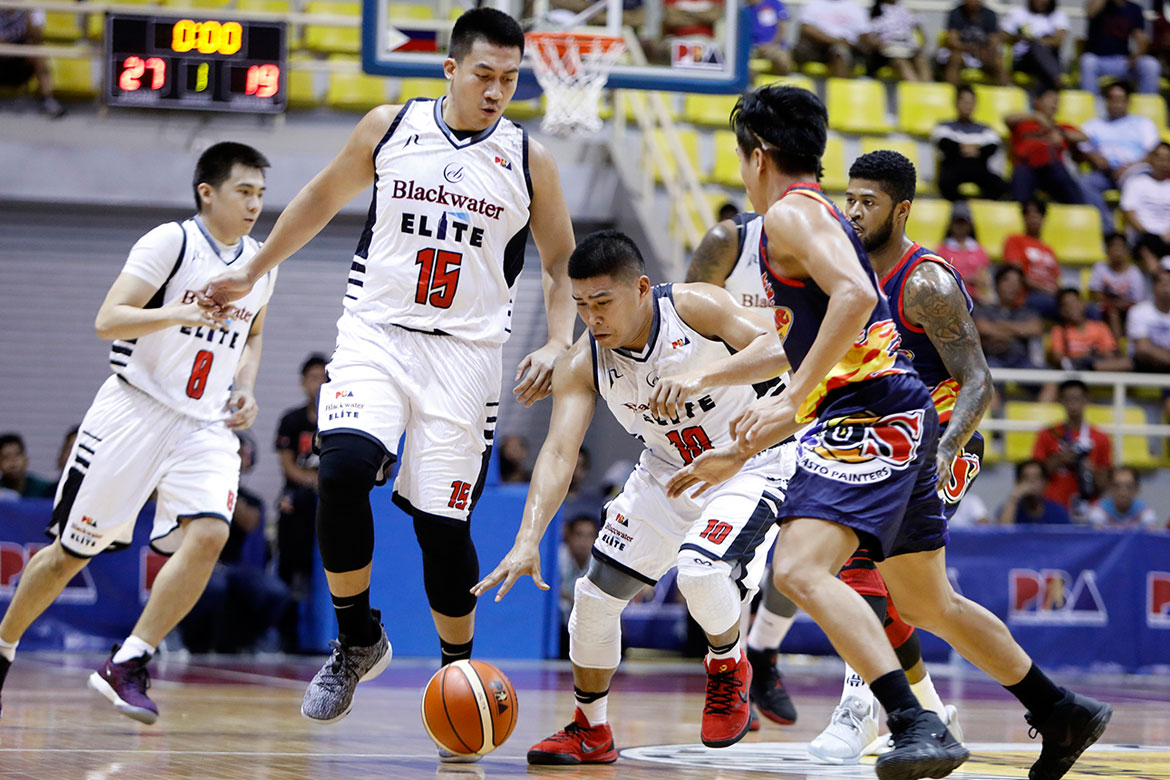 Since losing to the NLEX Road Warriors two weeks ago, the Blackwater Elite have now won their second straight game at the expense of the Rain or Shine Elasto Painters, 99-93, Sunday evening at the Santa Rosa Sports Complex in Laguna.

The Elite improved their record to 6-1 and also gained a share of the top spot of the 2018 PBA Governors’ Cup team standings with two-time defending conference champions Barangay Ginebra San Miguel.

“We got out sixth win. We focused to get our sixth win today and I’m happy we achieved that. We really wanted to get that,” said Blackwater head coach Bong Ramos, as Sunday’s win moved his side nearer to the playoffs.

Mike Di Gregorio led Blackwater with 17 points, 12 of which came from the third quarter alone – all from beyond the arc. Nard Pinto shot a perfect 6-for-6 from the field en route to 16 points, along with five rebounds and three assists.

The two played a pivotal role for the Elite in the second half. Di Gregorio made it his own show in the third canto, firing away four straight triples to help propel his side to a favorable 16-point lead, 68-52, with 3:05 remaining in the chapter.

But when RoS stormed back from the deficit and managed to knock within a field goal, 92-94, with 38.6 ticks to go in the final frame, Pinto drained a cold-blooded triple with 15.4 seconds left to play to wrap it up for Blackwater.

#ReadMore  Paul Zamar hailed as Heritage Import of the Week

Maverick Ahanmisi, who led Rain or Shine’s comeback in the fourth, set the pace for the Elasto Painters with 25 points and six rebounds. Terrence Watson produced 17 points on 5-of-9 shooting with 14 caroms.

Blackwater will play again on Wednesday, October 10, versus the Magnolia Hotshots at the Cuneta Astrodome, while Rain or Shine will battle the 0-8 Columbian Dyip on October 19 at the Ynares Center in Antipolo.