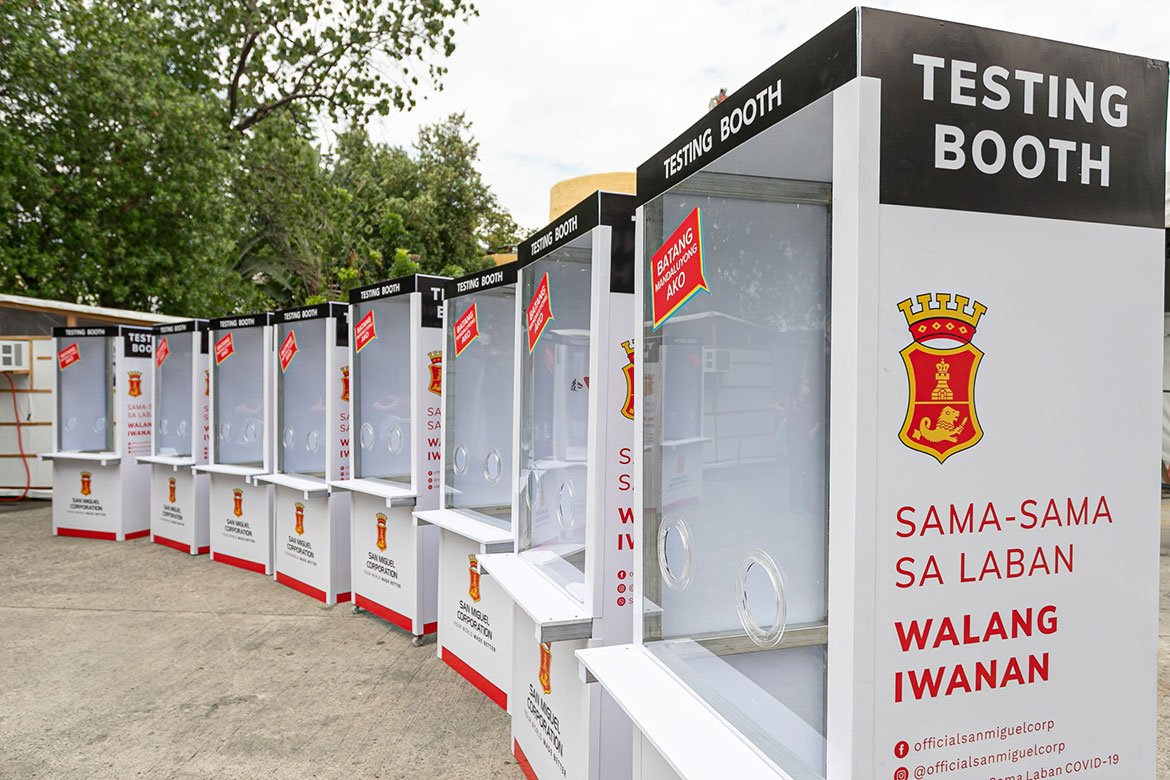 San Miguel Corporation is making sure the health and safety of its own PBA family is secured.

All 41 employees of the league, led by commissioner Willie Marcial, are scheduled to undergo free COVID-19 testing courtesy of no less than SMC President and COO Ramon S. Ang.

The firm, which has been at the forefront of providing support to the government in slowing down outbreak of the pandemic, recently provided testing booths and kits to all 17 Local Government Units in the National Capital Region (NCR) to expand the country’s testing capacity for the coronavirus.

Now, SMC is taking care of its own backyard.

Barangay Ginebra board of governor and SMC sports director Alfrancis Chua visited the PBA office on Monday as the league Management Committee personally convened for the first time in two months since the country was put under an Enhanced Community Quarantine.

Chua told Commissioner Marcial and the league ManCom of Ang’s generous offer to have all regular PBA employees to undergo COVID-19 testing for free.

Marcial profusely thanked the SMC executive for his kindhearted act.

Marcial added the move is a major step towards the right direction in the league’s bid to finally resume its 45th season, which was stalled indefinitely following the outbreak of the pandemic.

The COVID-19 testing will be done at the San Miguel headquarters in Ortigas.

The ManCom meeting was called to come up with proper protocols that will be followed once regular operation within the PBA office resumes.

Tentative date of normal operations within the league is either on the last week of May or the first week of June.