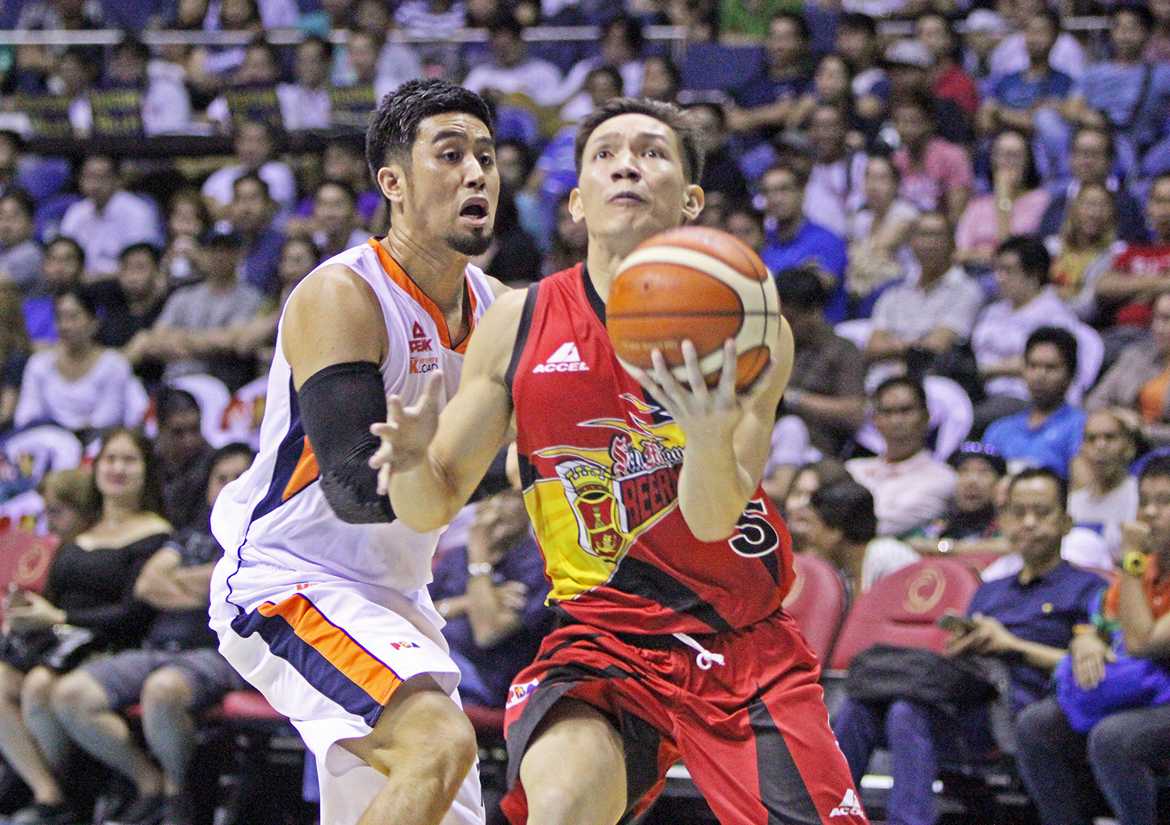 An offensive-filled battle went the way of the San Miguel Beermen on the nightcap of Wednesday’s PBA doubleheader over the Meralco Bolts, 110-106, at the Smart Araneta Coliseum.

The win lifted San Miguel to a 6-2 record, tying the slate of Brgy. Ginebra San Miguel and Mahindra Enforcers. The three-teams are a game behind league-leading TNT KaTropa.

Meralco’s last scare of the game came in the final three minutes, wherein Chris Newsome and Allen Durham teamed up to bring their team within striking distance at 101-99. However, the trio of Cabagnot, Fajardo and Singletary were all instrumental for the defending champs down the stretch.

Alex Cabagnot came up huge in the fourth, including an important three-pointer to answer the run by the Bolts that made it a two-point game.

“We played well today, not great. But I’m thankful that we won,” the Crunchman said.

He also was pleased with the way Singletary played.

“(Mike) played well despite being jet-lagged and problems on external things,” he added.

As for coach Leo Austria, he stressed that the stints of imports in the league is always on a performance-basis and added that he’ll take whatever that leads them to a win.

“Well si AZ(Reid) is still on our team, but he cannot practice due to his situation,” he said. “I’m glad we worked hard on offense and in defense.”

This closely-contested game yielded nine three-pointers each from both teams. However, San Miguel won the striking statline of the night with a 31-of-44 clip from the free throw line, a wide disparity compared to Meralco’s 9-for-14 shooting.

Win over Ateneo signified a major step in FEU program