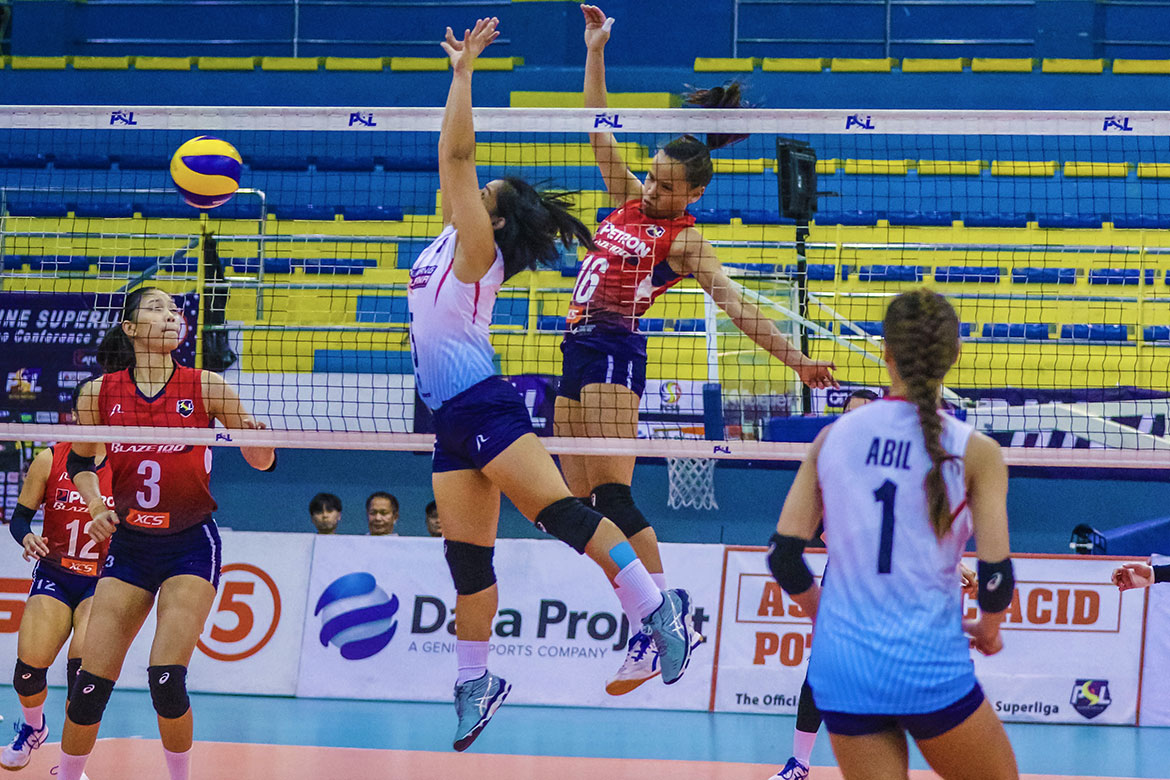 Sisi Rondina and Bernadeth Pons fired on all cylinders to power the Blaze Spikers’ drubbing of the still-winless Lady Skippers.

Rondina wounded up as the game’s lead scorer. The product of UST finished with 13 points built on seven attacks, four service aces, and two blocks. On the other hand, Pons nailed all of her 11 points from the attacking department to go along with 14 digs.

The Blaze Spikers hold an 11-1 card and remain seated at solo second behind the unbeaten F2 Logistics. But beyond their impressive record, Petron head coach Shaq Delos Santos is happy that he fielded all of his 14 players in the said game.

The Blaze Spikers stamped their class on Marinerang Pilipina on all scoring departments. They generated 44 and seven points via attacks and aces to the latter’s 18 and two, respectively. They also out-blocked the Lady Skippers, seven-to-none.

The defending champions now look to exact vengeance on their first round tormentors F2 Logistics Cargo Movers when they collide on Thursday at the FilOil Arena. On Tuesday, Marinerang Pilipina will try to break through the win column on their preliminary finale against the Foton Blue Energy Tornadoes at the Malolos Sport and Convention Center. 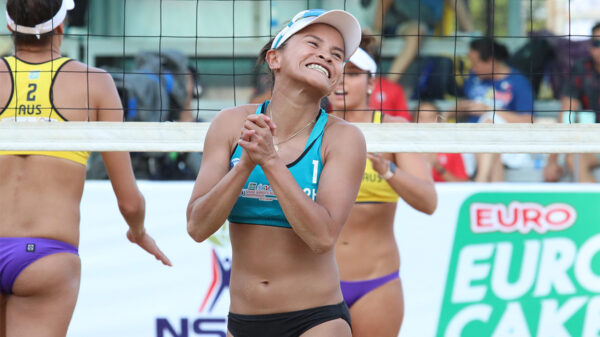