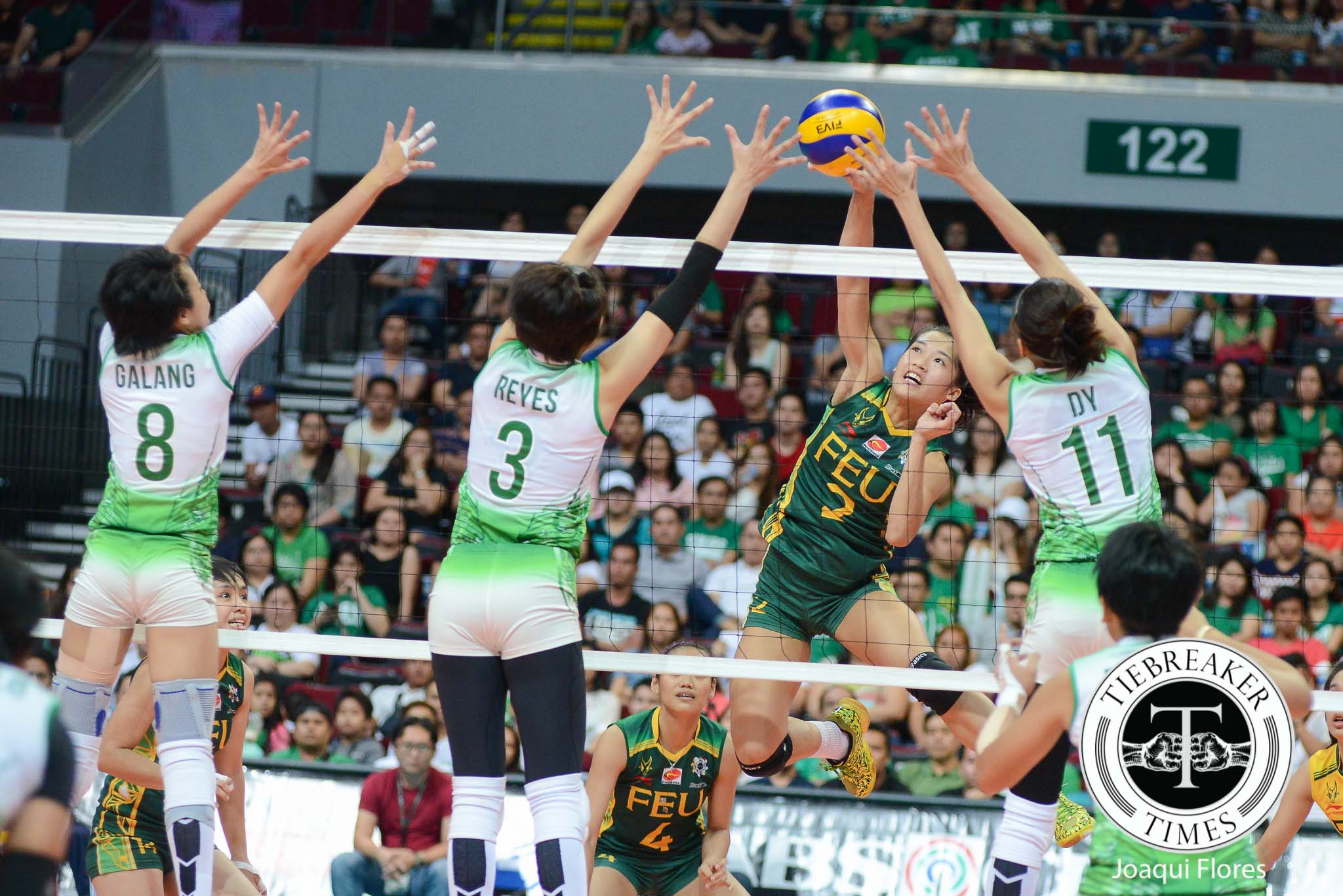 With no reception to fall back on, FEU quickly succumbed to La Salle’s opening attack. The Lady Spikers took an 18-10 lead and quickly ended the set. The Lady Tams put up more of a fight in the second set, forcing a 21-all tie after trailing by five for most of the frame. But La Salle took control immediately, with Ara Galang and Mika Reyes finding clutch points. The pair split the set’s last four points to hand La Salle a commanding 2-0 sets lead.

FEU then came alive in the next two sets. Looking dead in the water, the Lady Tams erased a 13-18 deficit. With the set tied at 18 and both teams out of timeouts, the set became a battle of wills. FEU swung momentum in their favor after a Bernadette Pons smash gave them set point, 24-22. Ara Galang scored the next point, but FEU capped the set with a combination play from Pons. The Lady Tams then finally started a set strong, taking an 18-13 lead in the fourth set. Mika Reyes’ strong serving pulled La Salle to within one, 17-18. FEU veterans Pons, Palma, and setter Gyzelle Sy led the charge down the stretch, scoring the crucial points that took the match to a fifth set.

Both teams fought tooth-and-nail down the stretch of the fifth set. After giving up a 13-11 lead, FEU still got set point at 14-13, only to be foiled by a Heather Guino-O service error. Remy Palma powered in a running hit to take set point again, 15-14. Cyd Demecillo then swiped an attack wide, handing the match to FEU.

This was FEU’s first win against La Salle in a long while.

FEU and DLSU meet again on Wednesday, 4 p.m. at the SM MoA Arena for the right to face Ateneo in the Finals.

Rain or Shine shrugs off slow start, slips past Ginebra in series opener