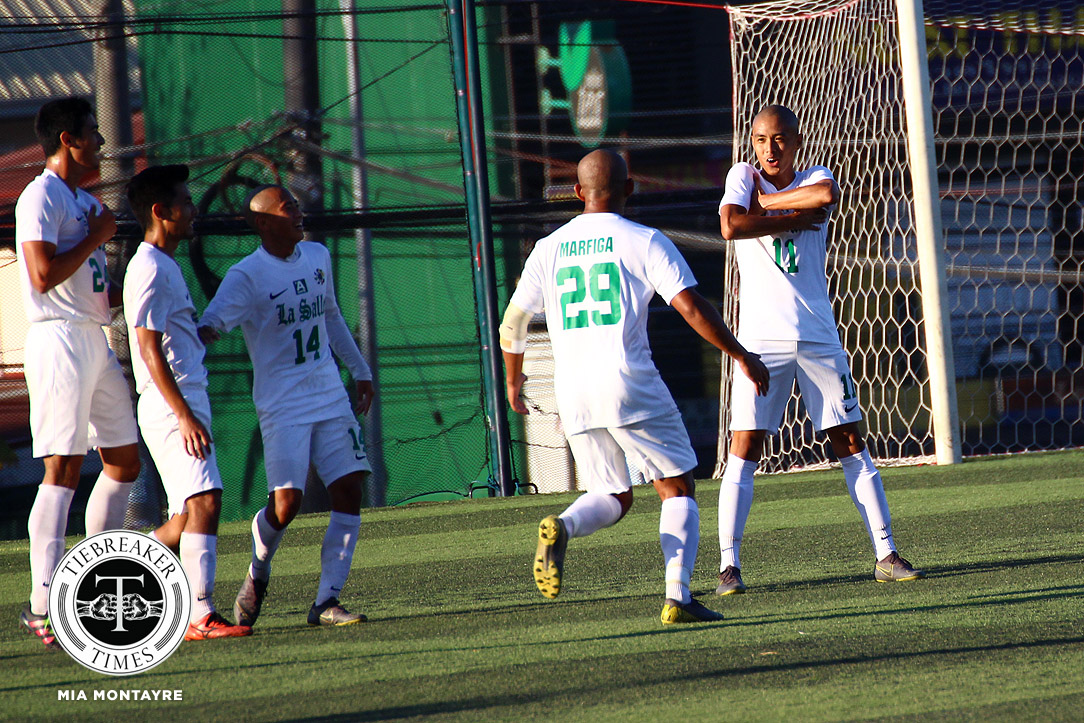 Ultimately, it was a comfortable morning to end an unpleasant run of games for the De La Salle University Green Archers.

Winless in their past three games, the Green Archers returned to winning ways with a 4-2 victory over the Adamson University Soaring Falcons, Sunday, at the FEU-Diliman turf in Quezon City.

The result increases La Salle’s standing in the UAAP Season 81 Men’s Football Tournament to 16 points, revitalizing their Final Four hopes. On the other hand, Adamson remain with 8 points.

“We have to do better than the first round. First round, we won against Adamson, so definitely we had to win (today) sa second round because ‘yun ‘yung concern natin,” said La Salle coach Alvin Ocampo, who lamented his side’s failure to win against UST, Ateneo, and UP in the said period.

Ocampo’s men amped up the pressure and found a way to equalize right at the stroke of halftime. Referee Nelson Alabin spotted a handball outside the Soaring Falcons’ box and Mikio Umilin took the free kick, which hit the wall. Mateo Alegre then rebounded the ball across the line to score for La Salle.

Alegre’s goal lifted the pressure off La Salle, and the Green Archers unleashed three goals in the second half. Adamson’s defense also broke down when defender Neil Magpusao was substituted due to injury.

Jhon Rhey Lagura handed the Taft-based school their first taste of the lead in the 63rd minute with a cool finish. His fellow neophyte Shanden Vergara then scored a brace in the 67th and 69th minutes to seal the deal for the Green Archers.

Jusuel Pilarca scored another goal for Adamson three minutes from time. Meanwhile, Ralph Revillas was ejected after he incurred two yellow cards but the game was moot and academic at that point.

La Salle are back in business just when they needed to get their act together.