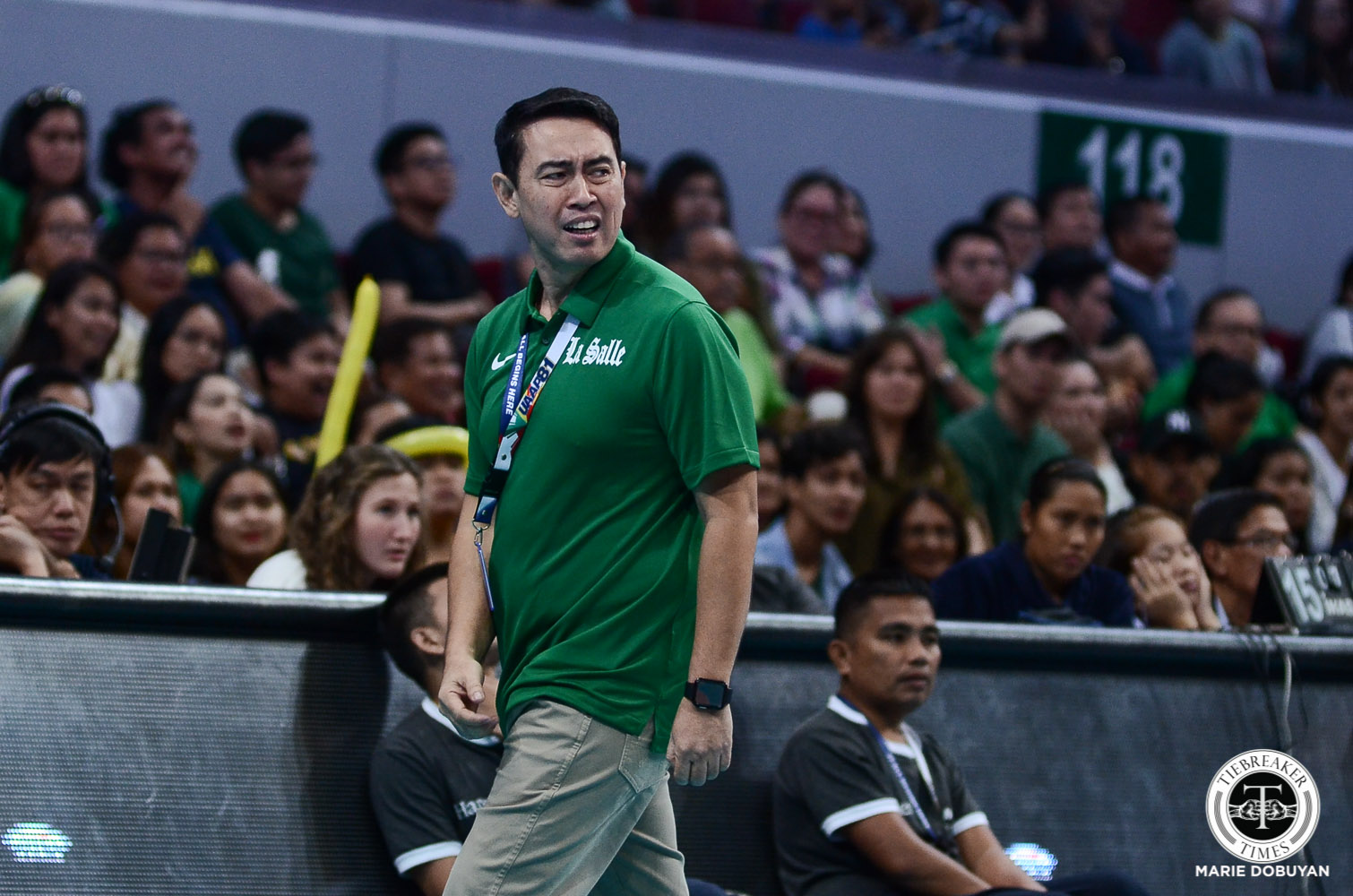 Two months later, the Lady Spikers have shown holes in their armor, more than past La Salle teams. On the other hand, the Lady Eagles have zoomed to 10 straight wins, pulling off both convincing straight-setters and tight five-set escapes.

The tone has shifted for both programs as they head into their second-round meeting. La Salle head coach Ramil De Jesus is fully aware of the implications.

More than pride, La Salle are playing for breathing room in the standings. Heading into Saturday, the Lady Spikers have a tenuous hold on the second seed with an 8-3 record. Both the UST Golden Tigresses and the FEU Lady Tamaraws are nipping at their heels, only half-a-game behind with identical 8-4 cards.

In Ramil De Jesus’ two decades as head coach, the Lady Spikers have almost always had a twice-to-beat advantage in the Final Four. With his current squad

still rounding into shape, De Jesus knows they could greatly benefit from a cushion in the semis.

Beating Ateneo is step one to that goal.

De Jesus was also quick to acknowledge the Lady Eagles as one of the top contenders this season, saying he and his staff had known this since the preseason. Sweeping the season series will require adjustments and execution for La Salle.