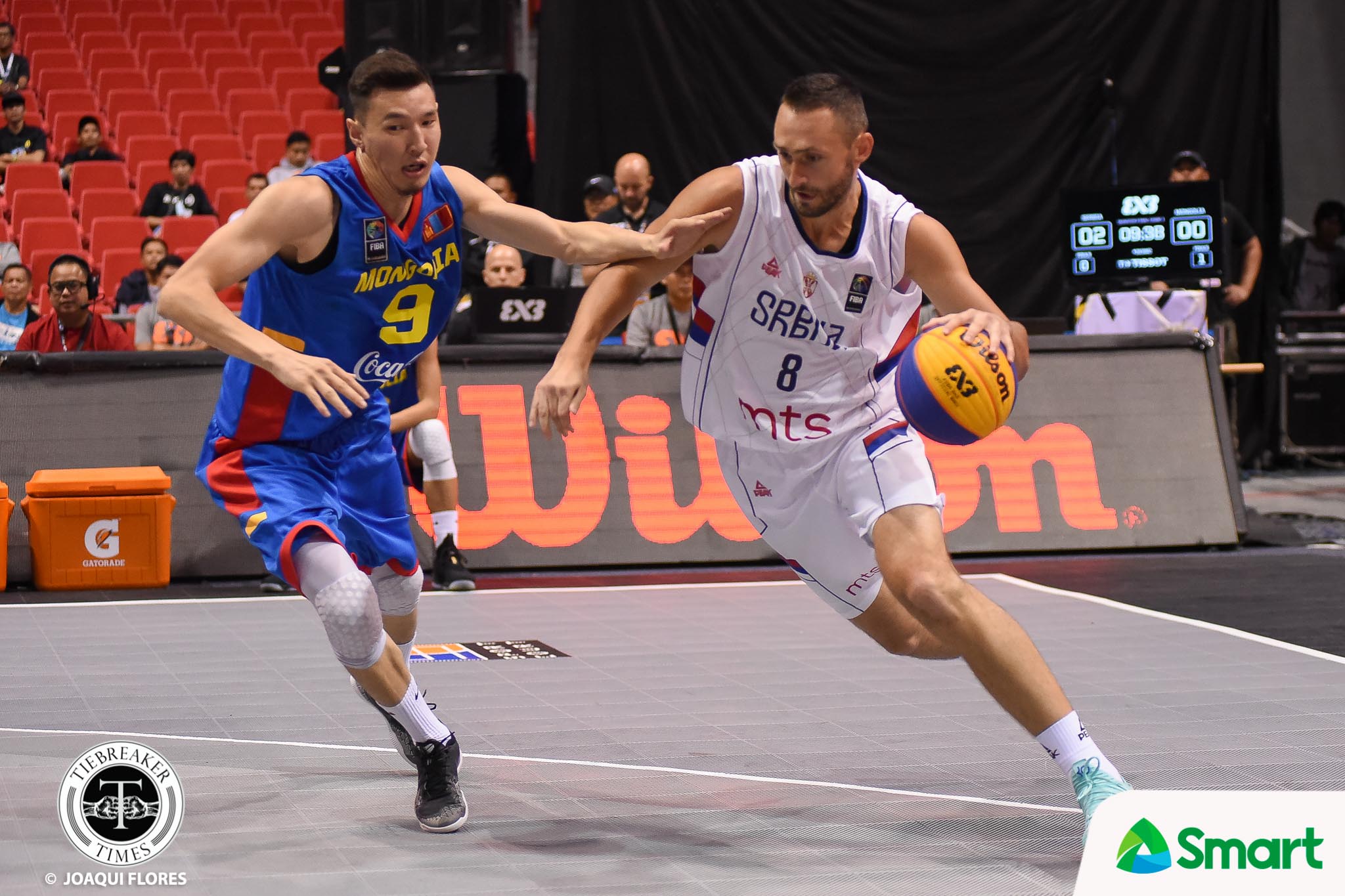 Reigning, two-time 3X3 world champion Serbia made it known that the team is all-in for extending its reign for another year, as it led the semifinal cast of the FIBA 3X3 World Cup 2018, Tuesday at the Philippine Arena in Bulacan.

Serbia’s opponent in the semis will be Michael Hicks and Poland, who set up the clash with the 3X3 powerhouse by fending off a late-game surge from scoring guard Karlis Lasmanis and Latvia to walk away with a 21-15 victory.

The Polish were already ahead by 11 with 2:39 left in the game, but the Latvians did not back down and rose to the challenge by trimming the gap to jist four, 15-19, after Lasmanis’ dunk with less than 40 seconds on the clock.

Latvia had no further chances chip away at the deficit any further, as Pawel Pawlowski’s perfect pair of charities with 35.1 seconds left closed the door for the Latvians and sealed the victory for Poland.

On the other bracket, the Netherlands will look to book a return trip to the Finals, as it will lock horns with the 2017 3×3 World Cup fourth-placer Slovenia in the semifinals, making the penultimate stage an all-European affair.

The Dutch punched their ticket by edging Canada, 18-16, thanks to Dimen Van Den Horst’s late-game heroics – the forward strapped the team on his back, scoring four straight points to will the Netherlands back from a 14-16 deficit.

Slovenia, meanwhile, got a quarterfinal slot by booting out Ukraine, 21-15 — this, despite nearly losing Gasper Ovnik in tge match, as the 6-foot-2 point guard got shaken up in the 3:28 mark after going through a hard Ukraine screen.

Ovnik still emerged as the Slovenians’ top scorer with eight points, with four of it coming from free throws inside the game’s final 1:36 that propelled them to match point. Anze Srebovt backed him up with six markers.

The semifinals will start at 4:45 PM, with Serbia and Poland playing first. The Slovenia-Netherlands match is at 5:15.