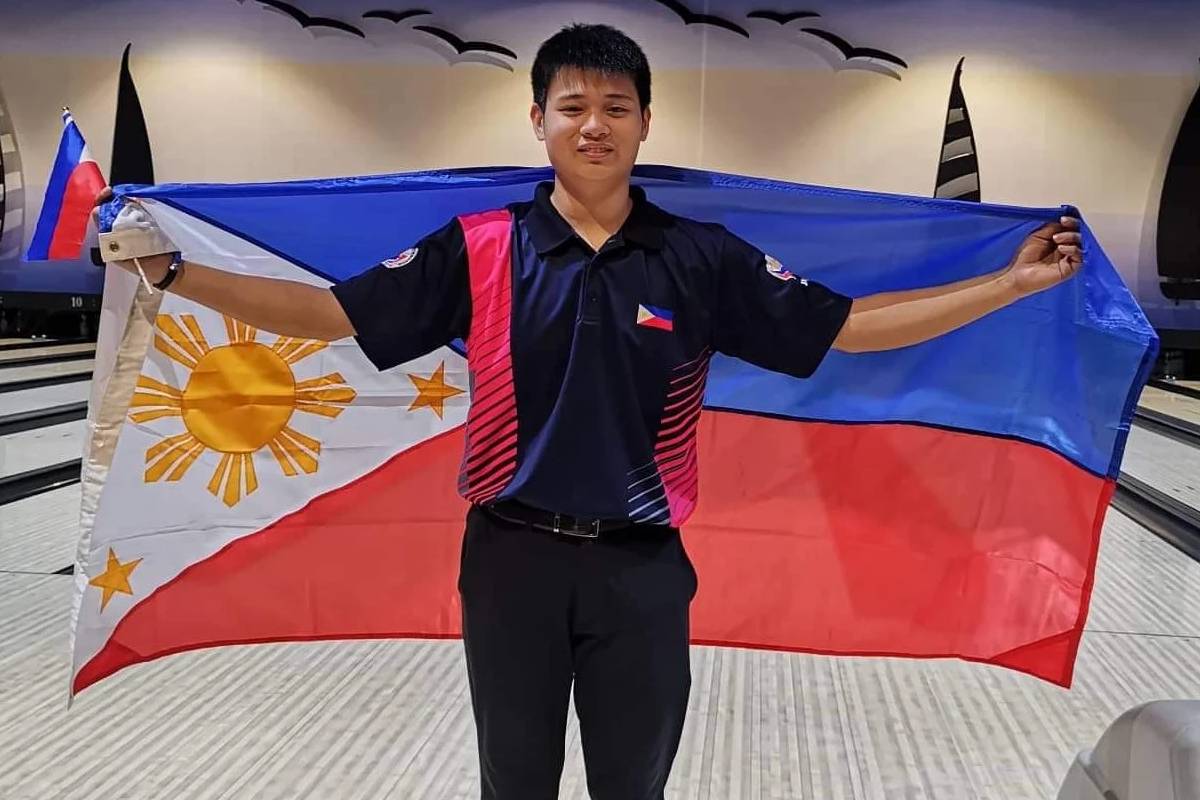 Merwin Tan finally ended the country’s 11-year dry spell in bowling on Monday, coming from behind to rule the men’s singles event at the Royal City Hanoi Bowling Lanes and fueling the Philippine drive in the 31st Southeast Games in Hanoi, Vietnam.

Tan, 22, a left-hander, rolled a six-bagger in the sixth and last frame to erase a 52-pin deficit and beat Yannaphon Larpapharat of Thailand and Ryan Leonard Lalisang of Indonesia, to the delight of Pinoy officials, especially those from the Philippine Bowling Federation.

Tan finished with a total score of 1292, his bid immensely helped by six straight strikes in the sixth frame where he scored 249, after a 234 in the fifth frame that bumped him up to No. 3 overall.

Larpapharat and Lalisang were relegated to silver and bronze, respectively, with scores of 1286 and 1221.

“Sobrang saya and shocking din po, na nanalo po ng gold ang Pilipinas. For the whole game, try lang po ako mag-maintain ng aking focus and execution. Execution, make good shots, and maximizing every frame,” said Tan, who knew he had to come up with something big in the sixth frame to turn things around.

The other Pinoy bowler in the field, Ivan Malig, finished 11th with 1087.

“I am so overwhelmed, after 11 years… I cannot thank the Lord enough. Talagang coming from behind si Merwin. We prayed he could recover, and he did,” said PBF Secretary General Bong Coo, who anxiously watched from the sidelines.

Tan, a former junior bowler, delivered the country’s first bowling gold since Frederick Ong last did the trick in the 2011 Indonesia Games and the 21st for the Philippine delegation here, which is jostling with Thailand for second place overall behind runaway leader Vietnam.

It helped that Tan is a left-hander, according to coach Biboy Rivera. “Being a southpaw, Merwin had an advantage going into the last few games because the lanes were more difficult for right-handers,” said Rivera.

Alexis Sy and Mades Arles were still competing in the distaff side on Monday. 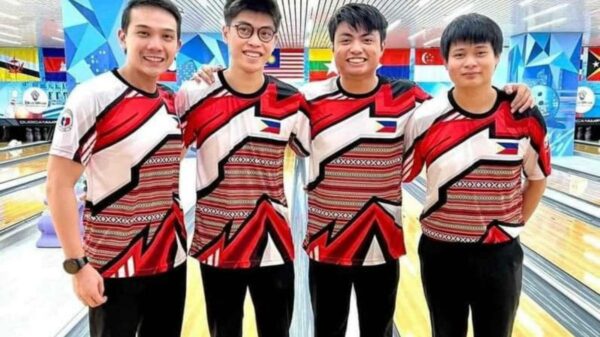 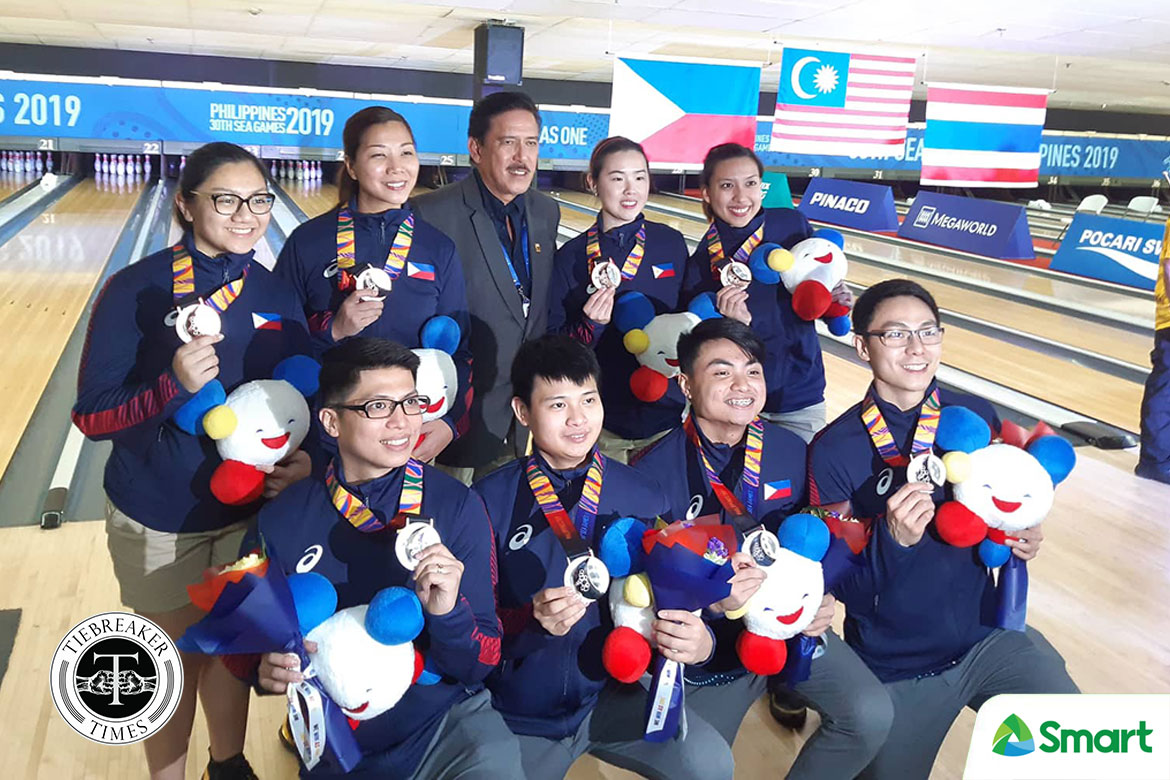 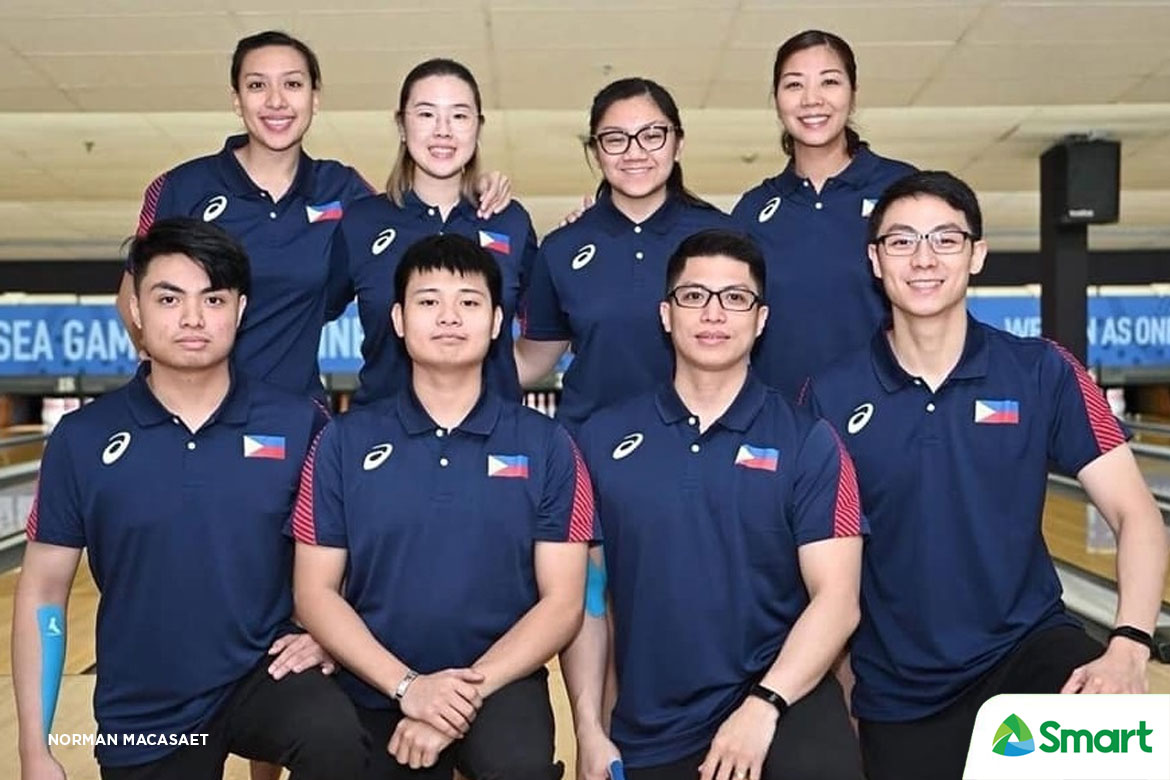