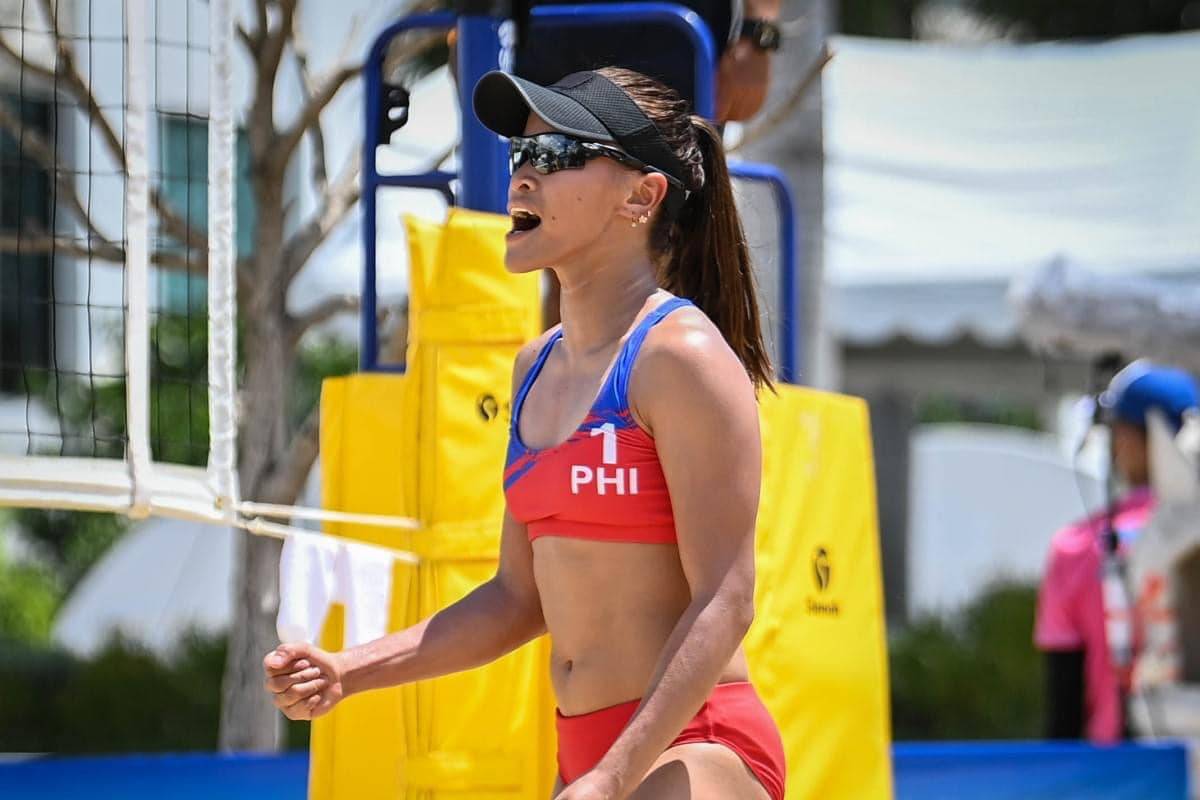 The Philippine women’s team lost its chance of making it to the gold medal match following a 0-2 loss to holders Thailand in the 31st Southeast Asian Games beach volleyball competitions on Thursday at the Tuan Chau Beach, Quang Ninh.

The Thais went perfect in five matches while the Filipinas ended their round-robin stint with a 3-2 won-lost record in third place.

The Philippines hopes to duplicate its bronze medal finish in 2019 with a rematch with Vietnam at 11:30 AM (Manila time) on Friday. The Filipinas beat the Vietnamese, 2-0, last Wednesday.

Indonesia will play Thailand for the gold following a 2-1 conquest of Vietnam for a 4-1 slate in second spot.

Meanwhile, Jude Garcia and Jaron Requinton failed to sustain the magic that gave them the top spot in Pool A after losing to Surin Jongklang and Banlue Nakprakhong, 18-21, 18-21 in the golden match.

Surin and Banlue took the upper hand with a 22-20, 21-14 conquest of Garcia and Krung Arbasto.

The Filipinos will play Vietnam, which it defeated 2-1 on Wednesday to become the Pool A winners, at 10:45 AM (Manila time) on Friday.

#ReadMore  Rondina, Arbasto will not rest on their laurels heading to BVR second leg

Defending champion Indonesia swept Vietnam, 2-0, to arrange a showdown with Thailand for the gold.