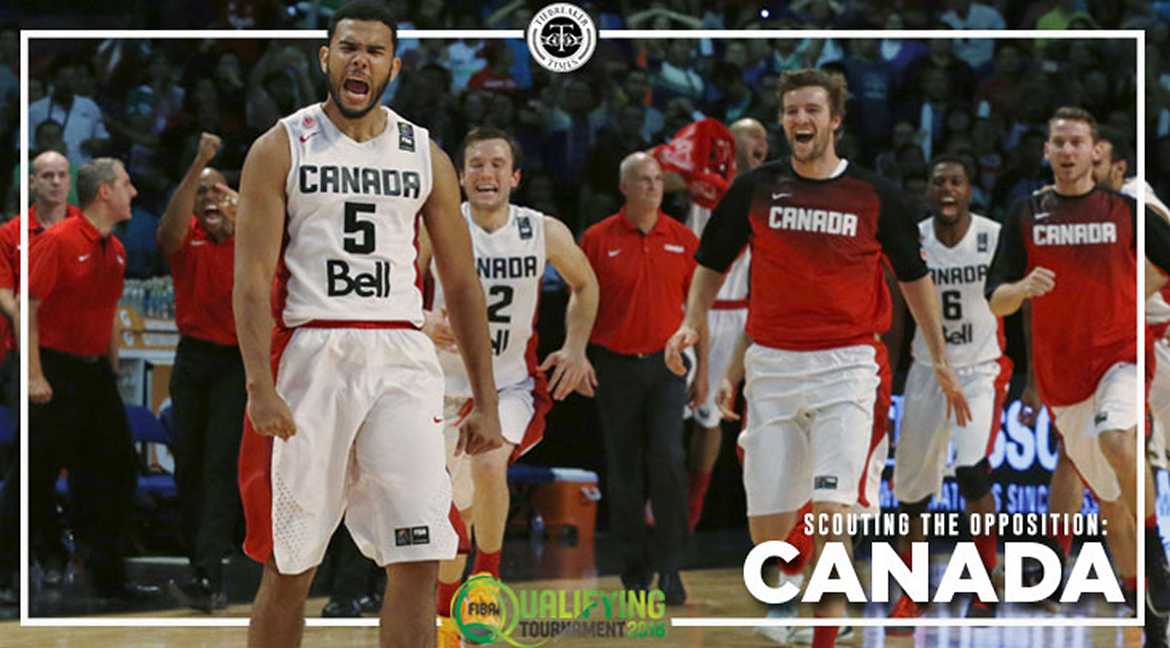 In the second to the last of our five-part scouting report for the 2016 FIBA Olympic Qualifying Tournament in Manila, Philippines, we spotlight another tournament favorite, Canada.

Canada missed a golden opportunity to make the Rio Olympics outright after a heartbreaking loss to Venezuela in the semi-finals of the 2015 FIBA Americas Championship, 79-78. Only the top two squads, eventual winner Venezuela and Argentina, made the Olympics the easier way. Canada settled for third place in the tournament after beating hosts Mexico.

Despite the setback, Canada remain heavily-favored in the Manila OQT even without a number of their key players. The men’s squad is targeting a 10th appearance in the Olympic Games, and is eager to mirror the success of their female counterparts, who have already secured a spot to Rio after winning the 2015 FIBA Americas Women.

Having bigs who can shoot from the outside and run the floor well gave Canada the luxury to play with speed and space.

In the 2015 FIBA Americas, Canada liked to run after misses from opponents to try and beat them in transition with early offense. The team’s halfcourt sets also allowed everyone to get touches, given the space that they have. Canada played with a lot of balance in the tournament. They gave players high and low post touches. They used ball movement to generate open shots.

Aside from Olynyk and Wiggins, Canada will also be without Robert Sacre, Dwight Powell, Andrew Nicholson, and Nik Stauskas in the Manila OQT. All those names suited up for Triano in the 2015 FIBA Americas.

The system, though, should remain the same. The squad has a deep pool even without their main guys. Canada has won four out of their five preparation games for the upcoming tournament.

It should be doable for Canada to advance to the next round. While a loss in the group phase would pit them against a tougher Group B opponent, they should be able to handle the challenge. A ticket to Rio is a big possibility for them given the strengths that they have.