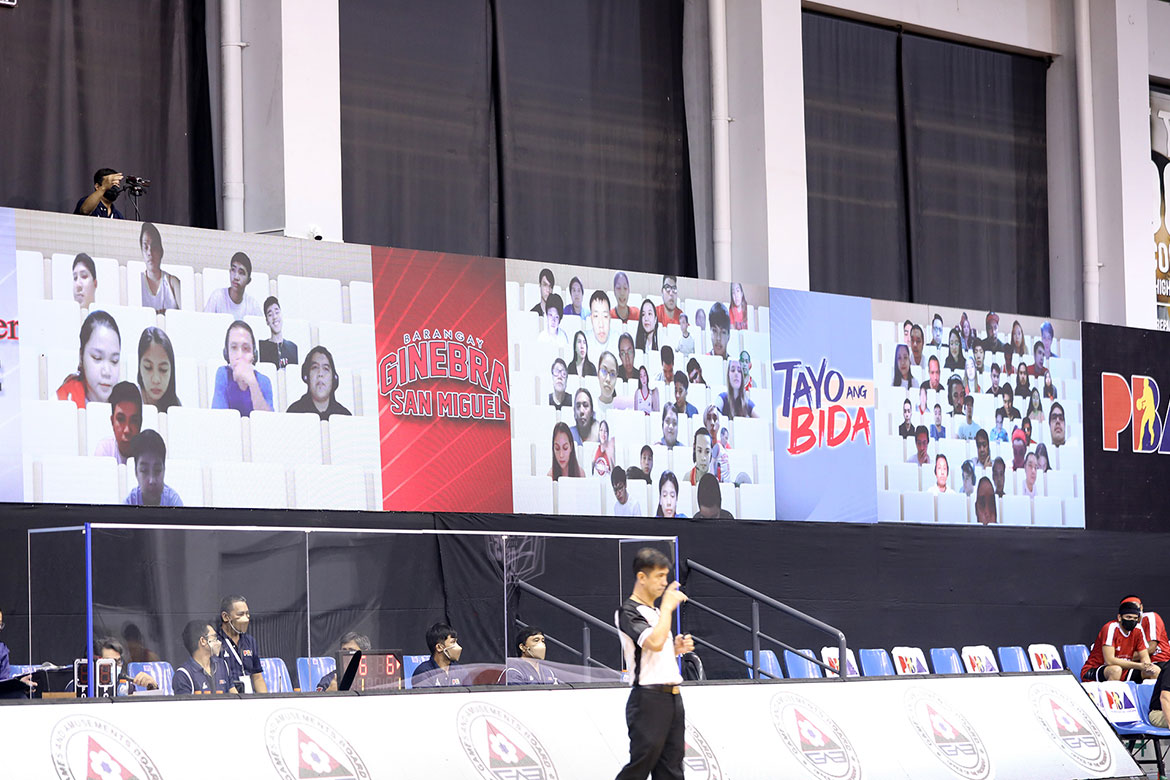 Scottie Thompson and Ginebra immediately noticed the virtual fan section when they took to the floor of the Smart 5G-powered Angeles University Foundation Sports and Cultural Center, Thursday.

This was the first time that the league opened its virtual bleachers to the public, cutting short the trial run since public demand became persistent ever since the season reopened last Sunday.

And based on what Thompson and the Gin Kings have seen, much of the clamor was from the Barangay.

Commissioner Willie Marcial earlier said that 250 virtual spectators could be accommodated per game. And in a check by Tiebreaker Times with the PBA, 245 were in attendance in Ginebra’s match versus Blackwater.

Thompson said that it energized the Gin Kings even more in the game. The result shows that, since they emerged victorious, 103-99, for their second win in as many games in the 2020 Philippine Cup.

And beyond that, the all-around guard said it is a testament to the Barangay fans’ unceasing support, no matter where they are or what the circumstances may be.

Coach Tim Cone, on the other hand, agreed. “We know they’re out there,” said the league’s most accomplished mentor.

“Like I said, Mark Caguioa reminds us all the time. And Scottie said earlier, we’re reminded by social media all the time that they’re out there, cheering for us. That’s truly a motivation for us at this point.”

The 62-year-old didn’t hide how much he and his wards miss the famed GI-NEB-RA chants that rock venues.

“We wish they were there. We haven’t heard any Ginebra chants, and we’re hoping that someone would get it into the system while we’re playing,” Cone quipped. “We haven’t heard them. And we miss them.

“We miss the fans. But we know they’re out there and we’re proud to be playing for them.”