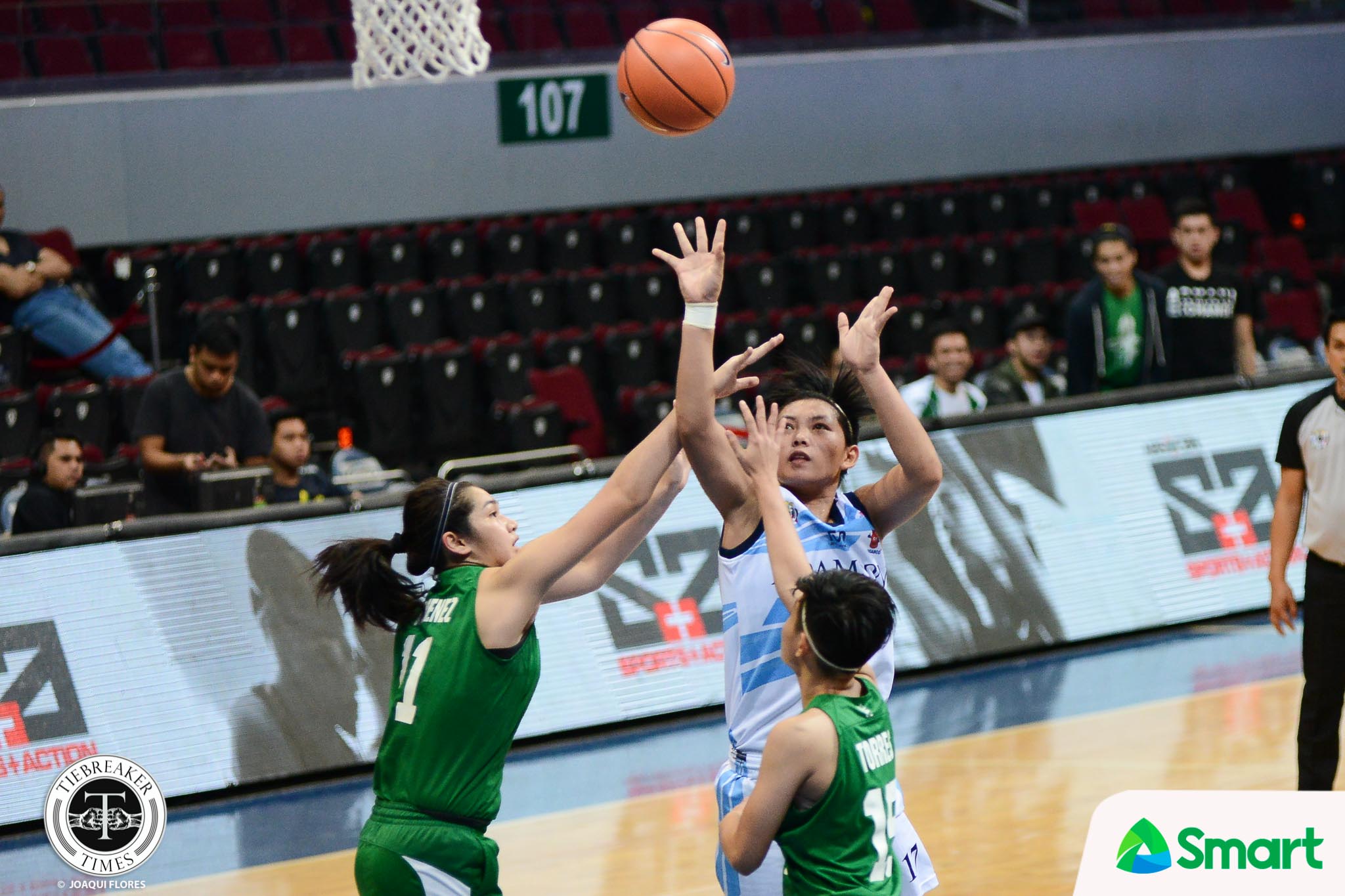 After two games, the Adamson University Lady Falcons have barged into the UAAP Season 80 Women’s Basketball Tournament win column with an 88-84 squeaker against the De La Salle University Lady Archers.

Nathalia Prado shot 43 percent from the field to lead the Lady Falcons with 26 points and 18 rebounds, today at the SM Mall of Asia Arena.

Both schools entered this contest with similar 0-2 records, and saw this game as the possible breakthrough to the season.

La Salle accrued a 72-77 edge early in the fourth quarter courtesy of Marga Dagdagan’s basket, but a 9-0 run capped off by Prado set Adamson on their way to victory at 81-77 with 4:16 left in the period.

Khate Castillo retaliated for the Taft school with a trey to bring the Lady Archers within 81-83 with a minute remaining in regulation, but she missed the go-ahead missile, allowing Kristeena Camacho to give Adamson an 85-81 edge in the next play.

Rosario then converted two free throws to seal the victory at 87-81 with only 20 seconds on the clock. Charmaine Torres pulled another three back for La Salle to make it 84-87, but it was a case of too little too late.

The Lady Falcons manned the boards better than the Lady Archers with 46 rebounds against 30. Khate Castillo and Marga Dagdagan contributed 19 and 10 points respectively for the La Salle cause.

Up next for Adamson (1-2) is defending champions National University on September 24, 10:00 AM while La Salle (0-3) shall face University of the Philippines on September 23, 8:00 AM. Both games will be played at the SM MOA Arena.